Advanced Search
Norbert Wiener was a mathematician and philosopher from America who created the science of cybernetics. He garnered widespread fame after coming up with some of the most prolific mathematical formulae of the 20th century. Originally from Missouri, Wiener first gained recognition as a child prodigy. He obtained a BA in mathematics from Tufts College and later pursued graduate studies in zoology at Harvard University. However, he left Harvard in 1910 to enrol at Cornell University to pursue a degree in philosophy, which he obtained in the following year. He subsequently went back to Harvard, where he was granted a PhD in 1913. Although he served at Harvard for the next few years, he failed to acquire a permanent position at the institution. Eventually, he became a professor of mathematics at the Massachusetts Institute of Technology (MIT). Wiener was one of the mathematicians that conducted pioneering researches in stochastic and mathematical noise processes, developing theories related to electronic engineering, electronic communication, and control systems. His findings in the field of cybernetics paved the way for future possibilities in engineering, systems control, computer science, biology, neuroscience, philosophy, and the organization of society. Judith Butler
DID WE MISS SOMEONE?
CLICK HERE AND TELL US
WE'LL MAKE SURE
THEY'RE HERE A.S.A.P
Quick Facts

See the events in life of Norbert Wiener in Chronological Order 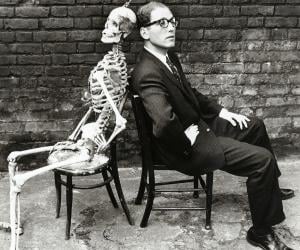