Cornel West is an American philosopher, political activist, social critic, author, and public intellectual who describes himself as "a prominent and provocative democratic intellectual". The grandson of the pastor of the Tulsa Metropolitan Baptist Church, he was heavily influenced by touching accounts of privation, struggle, and faith from parishioners as a child. He was a political activist even in his early youth, often organizing protests demanding black studies courses at school and participating in civil rights marches. As an academic, he taught at Harvard University, Princeton University, Yale University, Union Theological Seminary, and the University of Paris. He also authored several essays and books including Race Matters and Democracy Matters. He has appeared as a scholar on numerous documentaries and talk shows, has worked on The Matrix film series, and has co-hosted the radio program, Smiley and West, with Tavis Smiley and the podcast, The Tight Rope, with Tricia Rose. Thomas Kuhn
2nd June In History
DID WE MISS SOMEONE?
CLICK HERE AND TELL US
WE'LL MAKE SURE
THEY'RE HERE A.S.A.P
Quick Facts

Cornel Ronald West was born on June 2, 1953 in Tulsa, Oklahoma, US, to Irene, an elementary school teacher and later principal, and Clifton Louis West Jr., a general contractor for the Department of Defense. He was a child when the family settled in an African-American working-class neighborhood in Sacramento, California, where he attended John F. Kennedy High School.

Cornel West served as an assistant professor of philosophy of religion at Union Theological Seminary in 1977-83, and later again in 1988. In 1984, he moved to Yale Divinity School in New Haven, Connecticut, where he often participated in campus protests for clerical unionism and against Yale’s investments in apartheid South Africa.

In the spring of 1987, his leave was cancelled after he got arrested for participating in protests, which forced him to commute to the University of Paris for his three prescheduled lectures. From 1988 to 1994, he was a professor of religion and director of the Program in African-American Studies at Princeton University.

In 1994, he was appointed professor of African-American studies at Harvard University, where his course was so popular that he taught to over 500 students at a time. He was also jointly appointed at the Harvard Divinity School and later became first Alphonse Fletcher University Professor at Harvard in 1998.

He left Harvard in 2002 following a widely publicized dispute with then-President Lawrence Summers and moved back to Princeton, where he helped to form a world class center for African-American studies. He went back to Union Theological Seminary in 2012, but continues to take occasional classes at Princeton in the capacity of Professor Emeritus.

It was announced in November 2016 that he would return to Harvard in a joint non-tenured appointment at the Harvard Divinity School and the Harvard Department of African and African-American Studies. West, who has published over 20 books, has received an 'American Book Award', apart from about two dozen honorary degrees.

Cornel West appeared as Councillor West in The Matrix Reloaded and The Matrix Revolutions, and voiced the character in the video game Enter the Matrix. When The Ultimate Matrix Collection was released, he teamed up with integral theorist Ken Wilber to provide special commentary on all the three films in the series.

Among several other documentaries, he was one of the academics discussing philosophy in real-world contexts in Examined Life and was in the Bill Withers documentary, Still Bill. He is a frequent guest on the political show Real Time with Bill Maher and had a guest appearance on the comedy series 30 Rock.

Cornel West's 1993 social sciences book Race Matters, which is a collection of eight of his essays analyzing moral authority and racial debates concerning skin color, is by far his most recognized work. Among his other notable works are The Ethical Dimensions of Marxist Thought (1991), Democracy Matters (2004), Brother West: Living & Loving Out Loud (2009), and Black Prophetic Fire (2014).

He was diagnosed with late-stage prostate cancer in 2000 and had to undergo surgery for the same. According to a New York Magazine article from 2012, West leads an isolated life and the closest persons to him are his mother, older brother Clifton, and his business manager and publicist Tavis Smiley.

While Cornel West supported then-Senator Barack Obama as the 2008 Democratic presidential candidate, he became critical of him after President Obama won the Nobel Peace Prize in 2009. He later called Obama "the black mascot of Wall Street oligarchs" and a "Rockefeller Republican in blackface", even going as far as saying that he wanted to "slap him", for which he was severely criticized.

See the events in life of Cornel West in Chronological Order 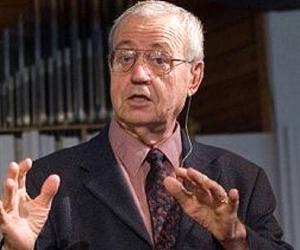