Advanced Search
Franklin Chang-Diaz is a physicist and former NASA astronaut. He was enamored by the idea of becoming an astronaut since childhood. As a teenager, he moved to the United States to pursue that dream and, once assimilated to life in the U.S., started his college career. He experienced some difficulty early in his education because he was not a citizen of the U.S., but he overcame those obstacles and attended college. He majored in mechanical engineering and did his post doctorate work in plasma physics. While conducting postgraduate research in nuclear fusion, he applied to NASA to become a part of the astronaut program. They accepted him and, despite being a scientist and not a member of the military as most astronauts once were, he went on to become one of the most-flown astronauts in the program. He completed seven missions to space, the last of which was to repair parts of the International Space Station in 2002. He worked for NASA up until 2005 when he retired, after receiving several awards from NASA for his work. He then established his own company where he has pursued research on engineering space shuttles for faster and more efficient travel. He is also an activist on climate change awareness.

American People
Mechanical Engineers
American Men
Massachusetts Institute Of Technology (MIT)
Aries Engineers
Childhood & Early Life
Franklin Ramón Chang-Diaz was born on April 5, 1950 in San José, Costa Rica, and is one of six children. His father was Chinese and his mother Costa Rican.
His interest in space began at an early age and he believed strongly that the only way he would realize that dream is by moving to the United States. After finishing high school in the late 1960s, with his family's support, he left Costa Rica for the United States to pursue that dream.
He moved to Hartford, Connecticut, with his uncle. He did not know English so he enrolled in high school there to transition into the U.S. education system.
He experienced some challenges because he was not a U.S. citizen. He had been offered a scholarship to the University of Connecticut but was ineligible to receive it due to his citizenship status. A petition was raised and he was eventually allowed to receive one year of the scholarship and the in-state tuition rate.
In 1969, he attended the University of Connecticut and earned an undergraduate degree in mechanical engineering.
He went on to acquire postgraduate degree at Massachusetts Institute of Technology and acquired his doctorate in plasma physics.
Continue Reading Below
Career
When NASA's space program picked back up in 1977, they made a request for astronaut candidates. Chang-Diaz applied and was selected in 1980. At the time, he was studying nuclear fusion.
Again, he faced adversity because he was a scientist. At that point, military personnel typically went on space missions and the scientists engineered the rockets. However, six years after he was selected, he flew aboard the Columbia in mission STS-61-C in 1986. This was the first of seven missions he would fly.
He was originally charted to fly in the ill-fated Challenger mission in 1986. The disaster was a sobering experience for him and his colleagues. His second mission in 1992 took on a new seriousness in the light of the tragedy.
In 1993, he became the director of the Advanced Space Propulsion Laboratory at the John Space Center.
In total, he completed seven space missions. The other five missions were STS-60 (1994), STS-75 (1996), STS-91 (1998), and STS-111 (2002).
On his 2002 mission on the ship Endeavor, he worked on the International Space Station and participated in three spacewalks during that assignment.
He retired from NASA in 2005 and set up the Ad Astra Rocket Company which is currently working on the Variable Specific Impulse Magnetoplasma Rocket (VASIMR) which he believes will revolutionize space travel by allowing further excursions in less time and round trip travel.
He also became a part of Rice University's faculty, serving as Adjunct Professor in Physics and Astronomy.
Major Works
He wrote 'Dream's Journey' which is an autobiographical account of the transitional time after he moved to the United States from Costa Rica.
Continue Reading Below
'The First Years' is the first of three books in an autobiographical trilogy he is writing. This first part explores his years as a child in Costa Rica.
Awards & Achievements
He was awarded the Medal of Liberty from President Ronald Reagan in 1986 for his distinguished service to NASA as a naturalized citizen of the United States.
He has received several awards from the Costa Rican government honoring his work.
NASA awarded him the NASA Exceptional Service Medals in 1988, 1990 and 1993.
He also received the NASA Distinguished Service Medal twice in 1995 and 1997.
He became a member of the NASA Astronaut Hall of Fame in 2012 for his exemplary contributions to space research.
He received the The Explorers Club's 2014 Buzz Aldrin Quadrennial Space Award for his work on the VASMIR.
Personal Life & Legacy
Chang-Diaz is married to Peggy Marguerite Doncaster and has four children.
He was the first Costa Rican Hispanic astronaut to go into space.
He is an advocate for environmental protection and had a part in the movie 'Odyssey 2050' which encouraged action on climate change.
Trivia
He is often referred to as Spanish American, but Chang-Diaz emphasizes that is an incomplete picture of his heritage because his father was Chinese.
He is a dual citizen of the United States and Costa Rica.
He was originally scheduled to be a part of the Challenger mission in 1986.
Recommended Lists:
Scientists #667
Miscellaneous #3261
Engineers #121 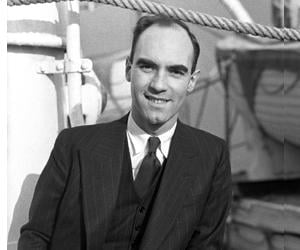 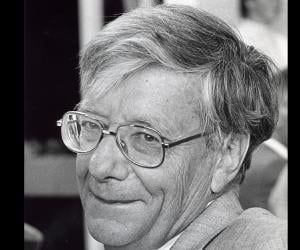