Simone de Beauvoir was an eminent French writer, intellectual, feminist, political activist, social theorist and an existentialist philosopher. Her diverse corpus includes novels, short stories, travel diaries, essays, philosophy, ethical writings, biographies, autobiographies, social issues and politics. She had major influence on feminism, feminist theory and feminist existentialism which is prominent from her revolutionary masterpiece ‘The Second Sex’ that deals with oppression of women. Her other notable writings include ‘She Came to Stay’, ‘The Ethics of Ambiguity’, ‘The Mandarins’ and ‘Pyrrhus et Cineas’. Many of her writings speak strongly of her philosophical bent of mind which was influenced by idealisms and philosophy of Friedrich Engels, Karl Marx, Martin Heidegger and Descartes among others. Simone de Beauvoir had an open relationship with famous philosopher Jean Paul Sartre. Although most of her ideas were original and sometimes different from Sartre, many a times Simone de Beauvoir was unfairly tagged as a follower of Sartrean philosophy. Throughout her life she remained under close scrutiny of the public. Simone Weil
DID WE MISS SOMEONE?
CLICK HERE AND TELL US
WE'LL MAKE SURE
THEY'RE HERE A.S.A.P
Quick Facts

French Celebrities
Feminists
Philosophers
Political Activists
French Women
Childhood & Early Life
Simone de Beauvoir was born in Paris to Georges Bertrand de Beauvoir and Françoise Beauvoir on January 9, 1908. Her father was a legal secretary and her mother was the daughter of a wealthy banker. Her sister Helena was two years younger.
Her family lost most of their fortune after the First World War. Even though she was highly religious and God loving since childhood and intended to be a nun, she faced crisis of faith at the age of 14 and from then on remained an atheist throughout her life.
In 1925 she cleared baccalauréat exams in philosophy and mathematics.
In 1926 she obtained Certificates of Higher Studies in Latin and French literature.
She went to live with her grandmother to study Philosophy in Sorbonne. In 1927 she received Certificates in General Philosophy, History of Philosophy, Logic and Greek.
In 1928 she received Certificates in Psychology, Sociology and Ethics. She was the ninth woman to obtain degree from Sorbonne at that time.
She stood second in the philosophy aggregation test writing a thesis on Leibniz thus becoming the youngest ever to pass the exam and later became the youngest teacher of Philosophy in France. It is here that she met fellow student Jean Paul Sartre who stood first in the exam. 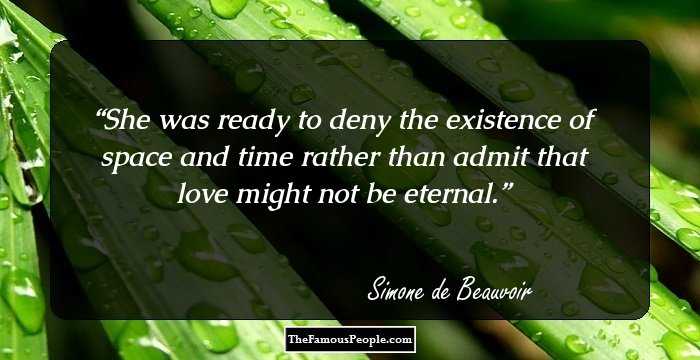 University Of Paris
Women Writers
French Writers
Women Activists
Career
Simone de Beauvoir started her career as a teacher in 1931 in a lycée at Marseilles.
In 1932 she moved to Rouen to teach advanced literature and philosophy in the ‘Lycée Jeanne d'Arc’. As she advocated pacifism and was outspoken about the condition of women, she was officially admonished. Later in 1941 the Nazi Government discharged her from her post of teacher.
She wrote the novel ‘She Came to Stay’ during 1935-1937 and got it published in 1943. It was a success and she was acknowledged as a writer. Her other notable writings that followed during this period include ‘The Blood of Others’, ‘Who Shall Die?’ and ‘Men are Mortal’.
In 1943 she was again dismissed from teaching following complaints of moral corruption by parents of one of her female students. That brought an end to her teaching career.
Her remarkable essays on existentialist ethics include ‘Pyrrhus et Cinéas’ published in 1944 and ‘The Ethics of Ambiguity’ in1947.
In 1945 her political commitments and leftist orientation led her to associate with Jean Paul Sartre, Raymond Aron, Maurice Merleau-Ponty among other intellectuals who founded a leftist journal, ‘Les Temps Modernes’. She continued to be an editor of the journal till her death. ‘Moral Idealism and Political Realism’, ‘Eye for an Eye’ and ‘Existentialism and Popular Wisdom’ are some of the remarkable articles worth mentioning.
In 1949 she published her revolutionary masterpiece ‘The Second Sex’ that deals with oppression of women - an apt work on feminist existentialism.
Her travel diaries include ‘America Day by Day’ published in 1948 following her lecture in the US in 1947 and ‘The Long March’ in 1957 after she visited China with Sartre in 1955. During 1950s and 1960s she wrote numerous essays, fictions and short stories.
Her book ‘Mandarins’ was published in 1954. It is about personal lives of friends and philosophers belonging to and Sartre and her circle. She had dedicated the book to American writer Nelson Algren. The book also contained experiences of her relationship with Algren including sexual encounters. This book won her France's highest literary prize, the Prix Goncourt.
Continue Reading Below
Her book ‘Coming of Age’ was published in 1970. It was an outcome of her intense study of repression and exploitation of elderly people by society.
The 1970s saw her in an active role in Women’s Liberation Movement in France and in 1971 she signed the ‘Manifesto of the 343’. It contained names of renowned ladies who professed to have gone through abortion, which was illegal in France then but later legalised in 1974.
Her four-volume autobiography includes ‘Memoirs of a Dutiful Daughter’; ‘The Prime of Life; ‘Force of Circumstance’, ‘After the War and Hard Times’ and ‘All Said and Done’. 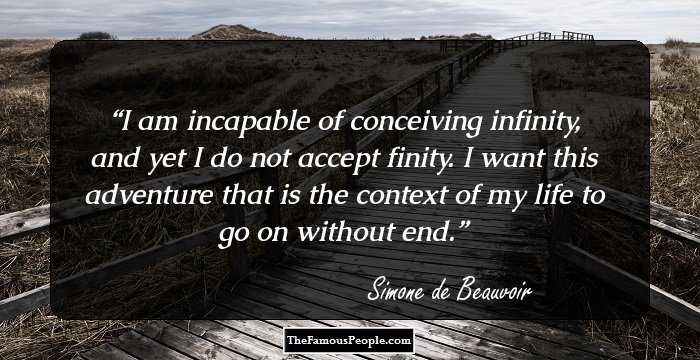 Capricorn Writers
French Activists
French Feminists
Women Philosophers
Major Works
‘The Second Sex’ remains her best philosophical work and is till date considered an important subject in dealing with oppression and liberation of women.
The Mandarins is also considered as one of her most successful books and fetched her highest literary award of France, the ‘Prix Goncourt’.
Recommended Lists:

French Philosophers
French Female Writers
French Female Activists
Women Political Activists
Personal Life & Legacy
She once contemplated marriage with her cousin Jacques Champigneulle but that never happened.
She never married but remained in life-long relationship with famous philosopher Jean Paul Sartre since October 1929.
Beauvoir adopted Sylvie Le Bon as her daughter who was her literary heir.
She died at 78 years in Paris due to pneumonia. She was buried in Paris at Cimetière du Montparnasse, next to Jean Paul Sartre. 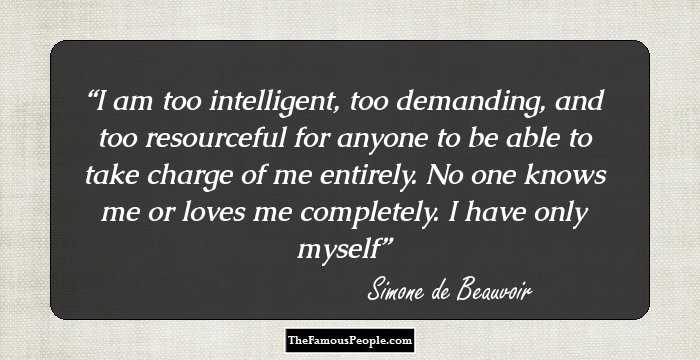 Quotes: Me, I
Recommended Lists: 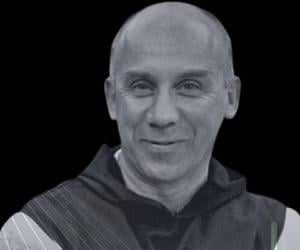