Simone Weil was a French philosopher, mystic, and activist active in the French Resistance during World War II. Born into a Jewish family in Paris, she had a fairly comfortable upbringing. She was distressed when her father had to leave the family for long periods after he was drafted into the army during World War I. She developed altruistic tendencies early on and grew up to be a pacifist at heart. At a young age, she decided to dedicate her life to uplifting the social conditions of the downtrodden and underprivileged. A brilliant student at school, she was a voracious reader with an insatiable appetite for knowledge. She studied under the tutelage of philosopher and pacifist Émile Chartier and furthered her education at the École Normale Supérieure. After completing her studies, she began her career as a teacher. She was a professed pacifist and was passionately involved in political activism. She participated in the French general strike of 1933 and protested against unemployment and wage cuts. She also had a deep interest in mysticism and was drawn to the Christian faith. A woman of frail health, she developed tuberculosis in 1943 and died at the young age of 34. Montesquieu
DID WE MISS SOMEONE?
CLICK HERE AND TELL US
WE'LL MAKE SURE
THEY'RE HERE A.S.A.P
Quick Facts

Cause of Death: Cardiac Failure

Simone Adolphine Weil was born on 3 February 1909, in Paris, France, to Bernard Weil and Salomea "Selma" Reinherz. Her father was a medical doctor. Both her parents were from Jewish families. She had one elder brother, André Weil, who grew up to be a prominent mathematician.

Even though she was born as a healthy baby, she fell sick with appendicitis as an infant and barely survived. She would suffer from poor health for the rest of her short life.

Her family was fairly wealthy, and the children grew up in a loving atmosphere. She was a kind soul from a young age. She stopped eating sugar when she was six after she heard that the French soldiers fighting in World War I had none.

She was much distressed when her father was enlisted in the army during the war and had to be away from home for years. She developed an anti-war stance and would grow up to be a pacifist.

She became involved in the workers’ movement as a teenager and actively took part in many strikes against unemployment and wage cuts.

She was a good student. She gained proficiency in Ancient Greek and learned Sanskrit as well. She had a keen interest in spirituality and religions.

She attended the Lycée Henri IV as a teenager and studied under the tutelage of philosopher and pacifist Émile Chartier, who she admired a lot. She gave the entrance examination for the École Normale Supérieure in June 1927 but failed to clear it. She was successful in her second attempt the following year.

She graduated with a DES (diplôme d'études supérieures) in 1931 with a thesis titled "Science et perfection dans Descartes" ("Science and Perfection in Descartes"). The same year, she also earned her agrégation. 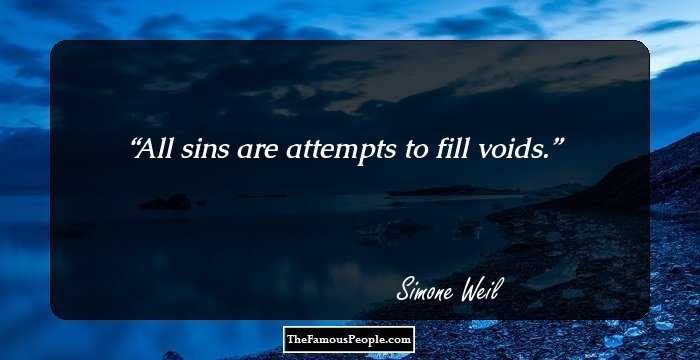 Simone Weil began her career teaching philosophy at a secondary school for girls in Le Puy. She also became involved in political activism at a local level and supported striking workers despite facing criticism herself.

As a young woman, she became critical of Marxism and never joined the French Communist Party in spite of having strong support for the working class. She was even able to identify a new form of oppression that Marx had not anticipated.

She traveled to Germany in 1932 to show her support for Marxist activists despite being critical of Marxism herself. Even though the German Marxists were well organized, they were no match for the upcoming cult of fascists, and Simone Weil became concerned about Germany’s future.

She often wrote about socio-economic issues and published articles for trade union journals. Her works criticized both capitalism and socialism. Marxist and revolutionary Leon Trotsky personally responded to several of her articles, often attacking her beliefs and sometimes her as a person.

In 1933, she also participated in the French general strike. Along with many other activists, she protested against wage cuts and rising unemployment rates in the country.

In 1934, Simone Weil took a year of leave of absence from her job to work incognito as a factory laborer. She hoped that the experience would help her connect better with the working class. She found her stint to be brutal and humiliating.

She returned to her teaching career in 1935. She was generous with her donations towards political causes and charitable ventures. Despite being a pacifist, she chose to travel to Spain during the Spanish Civil War and joined the Republican faction.

In Spain, she sought out the revolutionary socialist Julián Gorkin and asked him to send her on a secret mission to rescue communist politician and activist Joaquín Maurín, who was being held as a prisoner at that time. Gorkin refused as there was no way the French Weil could pass off as a Spaniard in this mission. Making her a part of the operation would most likely jeopardize it.

Simone Weil now turned her attention towards the French-speaking chapter Sébastien Faure Century of the anarchist Durruti Column. The contingent specialized in high-risk engagements that Weil found fascinating. However, since she was of frail health and extremely short-sighted, her comrades didn’t want to send her on any dangerous missions.

She was, however, determined to participate in combat and once got the chance to shoot at a bomber during an air raid. Due to her clumsy nature, she burnt herself over a cooking fire once and was forced to leave the unit. She then returned to France where she recuperated. 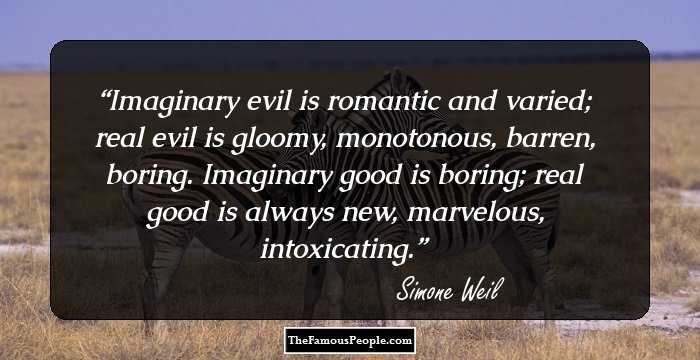 Simone Weil grew up in a secular household and was drawn to spirituality as a child. She found herself influenced by the Christian faith beginning in 1935.

She had a few experiences of religious ecstasy, the first one being in the Basilica of Santa Maria Degli Angeli in 1937. She had an even more powerful, revelation a year later and felt Christ “taking possession” of her.

Despite her attraction to Catholicism, she decided not to get baptized. She was also interested in Greek and Egyptian mythology, Hinduism, and Buddhism. However, she opposed religious syncretism.

Simone Weil never married. She never had any interest in dating or relationships.

She was plagued by ill health starting from her childhood. She was diagnosed with tuberculosis in 1943. Even though she was advised to eat well and take adequate rest, she refused to abide by the doctor’s instructions and reduced her food intake. Her condition quickly deteriorated and she died on 24 August 1943, aged just 34. 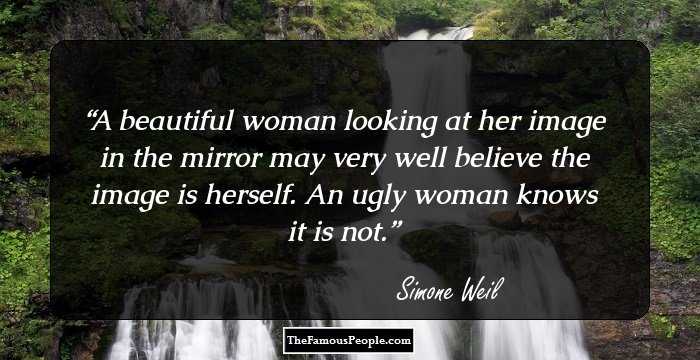 Quotes By Simone Weil | Quote Of The Day | Top 100 Quotes

See the events in life of Simone Weil in Chronological Order