Advanced Search
Pancho Villa is one of the greatest revolutionary leaders in world history. He was born in a working-class family, and after the death of his father, he shouldered the responsibilities of his family. He worked to earn a living and also acted protective of his sister. He apparently killed one of the estate owners as that person harassed his sister. He had to go underground to prevent imprisonment and when he was in the mountains, hiding from authorities, he met a group of bandits and joined them. He stole cattle and sold them to earn money. Eventually, he was captured and forcefully recruited into the army, which was a preventive measure taken by the then president Porfirio Díaz, to keep a check on increasing guerrilla movements. However, he escaped from the army and again continued his life as a fugitive. One of the political leader who was opposed to the president, understood Villa’s potential as a leader and advised him to use his strengths to overthrow dictatorial Díaz, which in turn will help the Mexicans. Pancho had a democratic ideology and did as he was suggested. Ever since then he worked for the welfare of his people and acquired a reputation as that of Robin Hood of the contemporary age Mexican Celebrities
Male Leaders
Gemini Leaders
Mexican Leaders
Mexican Revolutionaries
Childhood & Early Life
He was born to Agustín Arango and Micaela Arámbula, on 5th June, 1878 in San Juan del Rio, Durango, Mexico, and was named José Doroteo Arango Arámbula. He was the eldest child and had four siblings.
He attended a local school run by the church authorities, but after his father’s sad demise, he started working as a sharecropper in order to earn a livelihood.
He killed an estate owner named Agustín Lopez Negrete, but the reason behind this is uncertain. Fleeing from impending imprisonment, he took refuge in the ‘Sierra Madre Occidental’ mountains where he spent a few years as a bandit. He stole animals and was even taken into custody by the mountain police for his acts. 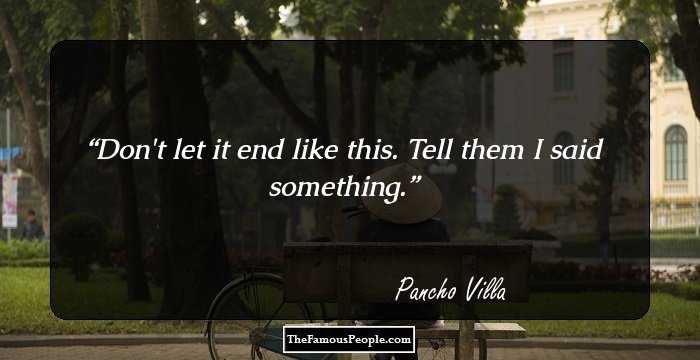 Quotes: Like, I
Continue Reading Below
Later Life
In order to curb outlaws, the then president of Mexico Porfirio Díaz, took special measures according to which the fugitives were recruited into the Federal army by force. Similarly, Villa was also appointed into the army from where he soon evaded and travelled to the state of Chihuahua.
In 1903, he murdered an army officer and henceforth, he was renamed as Francisco "Pancho" Villa. His friends also address him as La Cucaracha (the cockroach).
He then used his outlaw pursuits in a better way after being advised by politician Abraham Gonzalez. Gonzalez was an associate of political leader Francisco Madero who was against the dictatorial rule of Porfirio Díaz, and made endeavours to help his fellow Mexicans fight with such regime.
The ‘Mexican Revolution’ which began in 1910, under the guidance of Francisco Madero, was also joined by Villa. The following year, the ‘Battle of Ciudad Juárez’ took between the federal army of Díaz and the revolutionary troops of Madero. The battle was won by Madero’s troops.
The revolution resulted in Díaz’s exile and Madero became the President of Mexico. The new president made Venustiano Carranza, who had been an associate of Díaz, the Minister of War. This decision of Madero was not accepted by Villa.
However, when military commander Pascual Orozco revolted against the new president, Villa battled against Orozco along with General Victoriano Huerta.
In 1912, he was taken into custody by Pascual and narrowly escaped a death sentence, after which he was moved to ‘Belem Prison’ located in Mexico City. In the prison he encountered Gildardo Magana, who was a Mexican politician and revolutionist. Magana taught Villa to read and write.
The same year, he was moved to the ‘Santiago Tlatelolco Prison’ and there too he found a teacher in Bernardo Reyes, who had been a General in the Mexican army under President Díaz. Reyes taught Villa about history and civics.
At the end of 1912, he escaped from prison and landed in a place near Nogales. He then travelled to El Paso, Texas and tried to inform about President Madero about an impending rebellion.
Continue Reading Below
The uprising was ceased by Huerta, and thereafter, he wanted to rule Mexico in a dictatorial manner, and began plotting against Madero which led to the ‘La decena trágica’ (the Ten Tragic Days) and finally, the assassination of the President.
Villa and Carranza disapproved of Huerta and joined hands to overthrow this self-proclaimed president. They operated in the valley of the Río Bravo del Norte and organized rebellions which ended the presidency of Huerta.
This revolutionist was highly praised for his leadership qualities which he employed in recruiting troops and also the way he raised funds for the revolutionary army.
The local military commanders chose Villa as the Governor of Chihuahua in the year 1913. He embarked onto a successful journey as a governor by appointing generals like Porfirio Talamantes, Toribio Ortega and Calixto Contreras, who helped Villa run the army in an efficient way.
He collected funds from the rich to provide livelihood to his army. He even took over lands from rich land owners and granted these to the families of dead revolutionists. He printed currency and announced that it should be accepted as a legal currency. Many banks even accepted his currency.
He also seized gold from banks by abducting a family member of one of the bank’s owners.
He worked towards improving hospitals, transport system and even upgraded the army with arms and ammunitions.
He seized the city of Torreón, and even though revolutionist Venustiano Carranza tried to hinder Villa’s invasions, he and his troops successfully marched towards Zacatecas, and captured the city in 1914. This devastated Huerta and he finally went into exile.
Carranza’s army also reached Zacatecas and, Villa named him as the head of the revolution. They formed a National Convention and made rules which would pave the way for Mexico to be a democratic nation. The revolutionary chose not to hold any position in the government and Eulalio Gutierrez was elected as the president.
Continue Reading Below
Carranza soon showed signs of a dictator and hence, general Emiliano Zapata and Pancho parted ways with him. Carranza then left the place and Villa and Zapata took over Mexico City. However, Carranza controlled two states of Mexico named Tamaulipas and Veracruz, which helped him earn more revenue than Villa.
During 1915, Villa faced a lot of challenges when Carranza and his troops battled against him and defeated him. Carranza also got the support of many who were initially associated with Pancho.
Even the United States withdrew its support and declined to provide Pancho with weapons, as the then president of America Woodrow Wilson found it beneficial to support Carranza and not him.
This leader had some faithful associates and with their help he continued his revolutionary expedition. In 1916, the ‘Battle of Columbus took place between his troops and the U.S. army.
The U.S. then employed to search for Pancho Villa and left no stone unturned in their combing operations. However, all their attempts went in vain as they could not find him.
In 1919, the ‘Battle of Ciudad Juárez’ was fought in which this revolutionist lost again. Shortly after, his enemy Carranza was assassinated and he decided to make peace with the then interim president Huerta. Huerta welcomed his decision and provided him and his army shelter and even granted them pension. 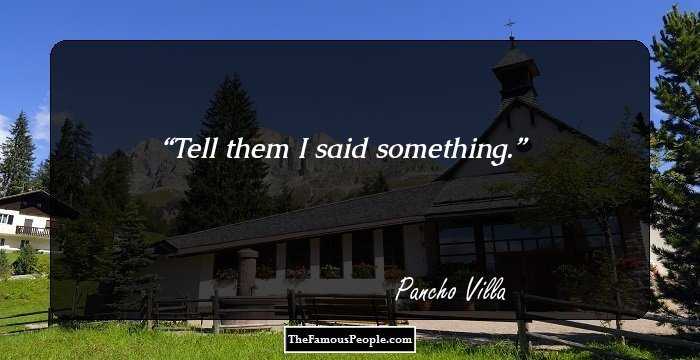 Quotes: I
Major Battles
This leader led many rebellions and emerged successful in them. However, the one which is regarded as the most remarkable is the ‘Battle of Tierra Blanca’. His war strategies and plans impressed the U.S. army and his moves in the war were even covered by the film industry, and made into a documentary film.
Personal Life & Legacy
He married María Luz Corral in May, 1911, and had a child with her. However, the child died in infancy. Pancho also had relationships with several other women, and apparently, even entered into wedlock with a few of them.
The famous Mexican revolutionary was killed on 20th July 1923, by a group of seven riflemen who fired on his entourage and in the ensuing chaos nine bullets hit his upper torso, instantly killing him. 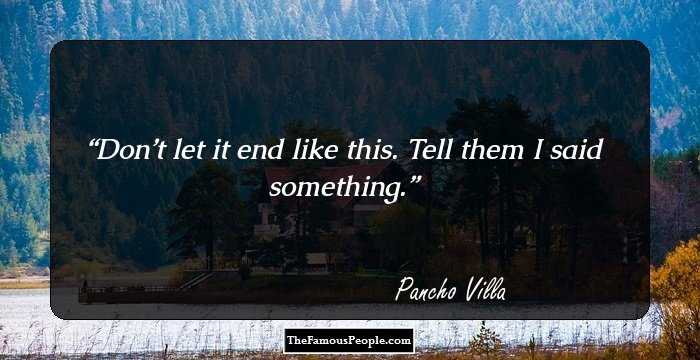 Quotes: Like, I
Trivia
This famous personality featured in many documentaries such as ‘Life of Villa’, ‘The Life of General Villa’ and ‘Following the Flag in Mexico’

See the events in life of Pancho Villa in Chronological Order 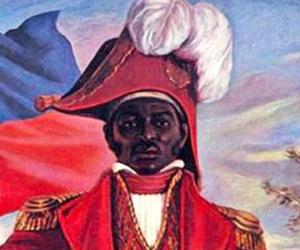