Advanced Search
Emiliano Zapata was a Mexican revolutionary leader who was one of the most important figures of the Mexican Revolution which took place from 1910 to 1920. He was the commander of the ‘Liberation Army of the South’ which he had formed to fight numerous guerilla battles against the armies of the oppressive rulers time and again. His followers known as ‘Zapatistas’, were peasants and farmers who tilled their lands with rifles over their shoulders, fought when asked to and went back to farming when the fight was over. He was dedicated to agrarian reforms and was committed to form a government which would give back the land usurped by the landowners and plantation owners to the peasants and farmers of the country. He was famous for formulating ‘Plan of Ayala’ which would help the farmers and peasants get back their land. But his plan was not successful during his lifetime because he was assassinated by the members of the opposing forces. His wishes were finally fulfilled after his death when ‘Zapatista’ generals ousted Venustiano Carranza from power, formed a government and instituted the land reforms promised by Zapata. Ali Khamenei
DID WE MISS SOMEONE?
CLICK HERE AND TELL US
WE'LL MAKE SURE
THEY'RE HERE A.S.A.P
Quick Facts

Mexican Celebrities
Mexican Men
Leo Leaders
Male Leaders
Mexican Leaders
Childhood & Early Life
Emiliano Zapata was born as Emiliano Zapata Salazar on August 8, 1879 in Anenecuilco, Morelos, Mexico.
He was the son of a well-known ‘mestizo’ peasant named Gabriel Zapata who trained and sold horses to people. His mother was Cleofas Jertrudiz Salazar.
Emiliano had three brothers named Eufemio, Pedro, and Loreto and six sisters named Matilde, Jovita, Maria de Jesus, Celsa, Maria del la Luz and Romana.
He received rudimentary education including book-keeping from his teacher Emilio Vara.
His mother died when he was 16 years old and his father died 11 months later, after which he had to look after his family.
In 1897 he was arrested for taking part in a protest rally against the owner of the plantation that had appropriated their farmland. 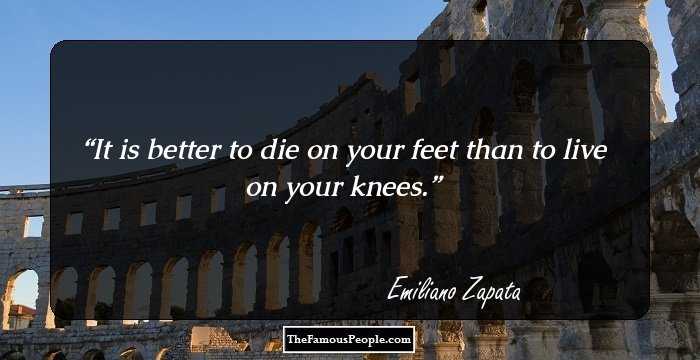 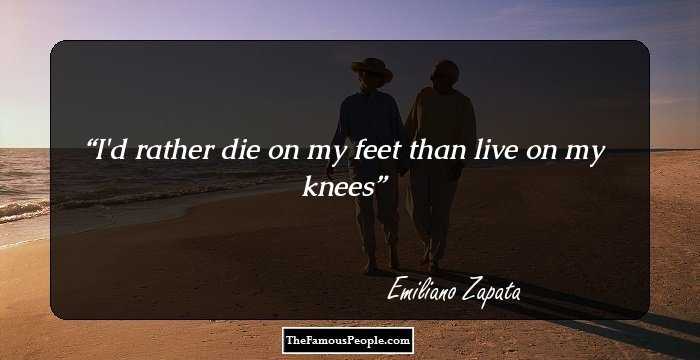 Personal Life & Legacy
Emiliano Zapata married Josefa Espejo in 1911 and had a daughter named Paulina Ana Maria.
He also had six sons Mateo, Juan, Nicolas, Felipe Diego, and Ponciano, and four daughters Elena, Josefa, Carlota, and Margarita who were born out of wedlock.
He has influenced the history of Mexico and his life has been portrayed through movies, books, comics, clothing and music.
Trivia
Emiliano Zapata was known as ‘El Tigre del Sur’ or ‘The Tiger of the South’. 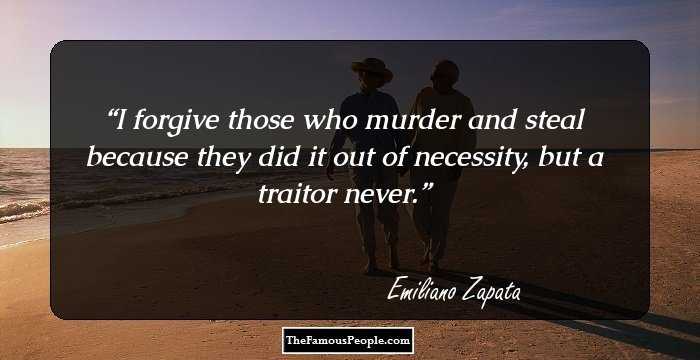 Quotes By Emiliano Zapata | Quote Of The Day | Top 100 Quotes

See the events in life of Emiliano Zapata in Chronological Order 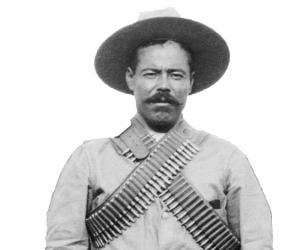