(Serbian Physicist, Mathematician and the First Wife of Albert Einstein)

Mileva Marić was born in Serbia, to wealthy parents, and was the eldest of three children in the family. As a child, she showed a lot of promise and was educated at some of the finest schools in Serbia. She pursued her education from 'Royal Serbian Grammar School' and even the all-boys 'Royal Classical High School', after a special request made by her father had been granted. Excelling in subjects like mathematics and physics, the young student moved to Zurich, and after finishing high school she enrolled in a teaching diploma course at the 'Zurich Polytechnic'. Amongst five of her classmates, she became close to the 'Nobel Prize' winning physicist Albert Einstein. She attended physics and maths classes for a short semester at the 'Heidelberg University' in Germany, and returned to Zurich to complete her diploma. Though she was an exceptional learner, she could not clear her final examinations at the first attempt. The following year, she gave her examinations another try but failed once again. At this juncture, she gave up hope, and stopped working on a potential Ph.D. thesis paper. Subsequently, she got married to Einstein, took care of family, and got separated after a long marriage. Even though she made no major contribution to the field of Physics, she has been posthumously commemorated in Serbia and Zurich Christiaan Huygens
DID WE MISS SOMEONE?
CLICK HERE AND TELL US
WE'LL MAKE SURE
THEY'RE HERE A.S.A.P
Quick Facts

Serbian Celebrities
Serbian Women
Heidelberg University
Women Physicists
Women Scientists
Childhood & Early Life
Mileva Marić was born to Miloš and Marija Ružić, in the municipality of Titel, belonging to present day Serbia, on December 19, 1875. She belonged to an influential family and had two younger siblings.
She started attending high school in the Serbian city of Novi Sad in 1886, but soon moved to the Sremska Mitrovica municipality. Four years later, she joined the 'Royal Serbian Grammar School', located in Šabac.
In 1891, Mileva's father got her admitted to the 'Royal Classical High School' in Zagreb, which was a school meant only for boys. The following year, she graduated from there, and joined tenth grade.
Continue Reading Below
Later Life
The brilliant student was allowed to pursue Physics on a special request in 1894, and her scores in the subject were par excellence. The same year, she became sick and moved to Switzerland. There she pursued her higher studies from the 'Girls High School' in Zurich.
After graduating high school, the young lady started attending the 'University of Zurich' for a course in medicine. After studying for a semester, she dropped out and enrolled herself into the 'Zurich Polytechnic', which later came to be known as 'Eidgenössische Technische Hochschule' ('ETH').
At 'ETH', she pursued a diploma course in teaching, with a specialization in Physics and Mathematics. She was the only woman in the class of six students, which included ‘Nobel Prize’ winner Albert Einstein, and the two classmates soon became good friends.
In October, 1896, Marić moved to the German city of Heidelberg, and joined the 'Heidelberg University' to pursue further studies in Mathematics and Physics.
After the end of the semester, she returned to Zurich in 1898 and resumed classes at the 'Zurich Polytechnic'. She studied astronomy, theoretical physics, experimental physics, applied physics, differential and integral calculus, geometry and mechanics.
In 1900, Mileva failed to complete her diploma with good grades, and reappeared the following year. She failed her second attempt and gave up working on her diploma research that she had planned to convert into a thesis paper for her Ph.D., with Physicist Heinrich Weber as her guide.
Personal Life & Legacy
In 1901, Mileva became pregnant with famous physicist, Albert Einstein’s child. The daughter, often referred to as Lieserl, in the couple's letters, was born the following year. Whether Lieserl died or was abandoned and given for adoption, is still not known.
Marić got married to Einstein in 1903, at the city of Bern, Switzerland, because it was there that Einstein was employed by the 'Federal Office for Intellectual Property'.
In 1904, Hans Albert, the couple's first son was born, and the family lived in Bern for the next five years.
Continue Reading Below
Einstein was offered the job of a lecturer at the 'University of Zurich', and the couple moved there with Hans Albert, in 1909. The following year, a second son, Eduard was born in Zurich. After changing jobs a few more times, Marić's and Einstein returned to Zurich, for the latter to teach at the 'Zurich Polytechnic'.
In 1913, Einstein was invited to Berlin by fellow physicists Walther Nernst and Max Planck. The decision to move to Berlin was against Mileva's wishes, but they settled there nevertheless. After a year of strained marriage, Einstein's wife decided to separate, and took Eduardo and Hans with her.
The couple got divorced in 1919, and Einstein got married to his cousin Elsa Löwenthal. When the ‘Nobel Prize’ was awarded, the prize money was given to Marić by her husband. With the money, the mother of two bought three houses as an investment which became a source of regular income.
In 1930, Eduard, her second son became afflicted with schizophrenia, and Marić had to take care of him.
Mileva died on August 4, 1948, and was laid to rest in Zurich's 'Nordheim-Cemetery'. Her son Eduard was confined to a mental asylum till he died at the age of fifty-five.
A book 'Mileva Marić Ajnštajn', written by Serbian writer Dragana Bukumirović, was published in 1995.
Three years later, a play titled 'Mileva Ajnštajn' was produced by famous Serbian theatre director Vida Ognjenović. The play was later translated in 2002, into English.
In 2005, Marić's alma mater 'ETH' paid tribute to her by constructing a memorial plaque at her house in Zurich. During the same time, her high school unveiled a bust at the premises, as a mark of respect.
Trivia
This exceptional physics student was believed to have made a major contribution to Albert Einstein ‘Nobel Prize’ winning work. However, after extensive research, and first-hand accounts of her son, this speculation has been disproved, though some research scholars still claim the story’s credibility

See the events in life of Mileva Marić in Chronological Order 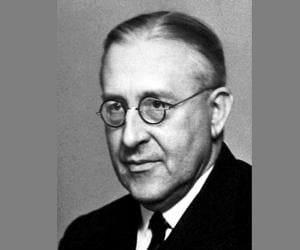