DID WE MISS SOMEONE?
CLICK HERE AND TELL US
WE'LL MAKE SURE
THEY'RE HERE A.S.A.P
Popularity Index
30
Musicians #1019
Guitarists #153
Quick Facts

Malcolm Young
Michael Clifford is one of the most defining stars of the current generation. He is not only the face and voice of ‘5SOS’ (5 Seasons of Summer), but also the pop-rock band’s lead guitarist. The band came into limelight when they began uploading music videos and cover songs to YouTube. Together with other band members – Luke Hemmings, Calum Hood and Ashton Irwin - Michael has transformed his career by breaking barriers using only the means of social media to become globally recognized. He is a huge sensation on social platforms, with fans from all over the world rooting for this Australian musician. He has 7.67 million followers on his ‘Twitter’ account, and 4.7 million fans on ‘Instagram’. The band has a YouTube channel, where they upload music videos, on their collaborative account they have 3.6 million subscribers with over 600 million views.

Tall Celebrities
Tall Male Celebrities
Male Musicians
Male Guitarists
The Meteoric Rise to Stardom
Michael met Luke and Calum at school. Since their common interest was music, they would hangout a lot together, and slowly began composing music. Luke created a YouTube channel, and the trio would post their covers of famous artists such as Chris Brown and Mike Posner to the channel. Soon they started receiving 600k views and then a million for their videos. It was in 2011 that the band was finally formed, with the inclusion of Irwin. Irwin was a drummer, and with him around their band was now complete with 3 guitarists and a drummer. They began creating music videos and promoted them on ‘Twitter’ and Facebook’. When Louis Tomlinson of ‘One Direction’ chanced upon their music video, he liked the band and shared a link of their video on social media. This made them world famous; they developed their music and lyrics by working with top composers and songwriters, and even signed a contract with Sony ATV Music Publishing. Soon their songs were placed in the top 20 music charts in Australia and New Zealand. They performed in the opening act of One Direction’s tour in 2013, later going on to release their single ‘She Looks So Perfect’. In 2014, they released their self-titled debut album that received fabulous reviews and boosted the career of the young band, winning them an award from the UK-based ‘Kerrang’ magazine.

Scorpio Musicians
Scorpio Guitarists
Australian Musicians
Australian Guitarists
Continue Reading Below
What Makes Michael So Special
Green eyed, funky and flirtatious –precisely describes this band member of 5SOS. Known to dye his hair with bizarre colors, he is adventurous and attractive. Michael has his way with women, he loves flirting and is most of the time garnering female attention with his effortless charm. Since music is his passion and his first love is his guitar, he spends most of his time creating music. He has a soulful voice that isn’t raspy nor too soft. Though he might seem as one who loves constant glitz, but in reality it isn’t so, and he loves taking long quiet walks on the beach and prefers tranquility.

Scorpio Men
Beyond Fame
Beyond all the paparazzi, Michael is like any other ordinary boy who loves munching on his favorite food (mostly pizza) and playing video games. He is also fond of movies, his favorite being ‘Forest Gump’. He shares a wonderful rapport with his band members and works hard to create new tunes, mainly focusing on improving his music skills. He takes inspiration from the band ‘All Time Low’. He believes that he can achieve all, hence he got “To the Moon” tattooed on his arm. He has mentioned that he may have minor OCD as he can’t do without tying a double not on his shoelaces and washes his hands around 20 times a day. He is so obsessed with food that he loves wearing food printed boxers, and considers it his signature style.

Behind The Curtains
He was born in Sydney, Australia to Karen and Daryl. He is the only child of his parents. Though he is Australian he has English, German, Irish and Scottish ancestors. He attended Norwest Christian College but dropped out to embark on his career. Both his parents have been supportive of his career choice and his decision to discontinue schooling. Michael has mentioned in an interview, that he considers his fans as family. He has had quite a few romantic flings in the past; his ex- girlfriend Geordie Gray is still his good friend. After his relationship with Geordie came to an end, he dated the gorgeous actress, Abigail Breslin but the couple didn’t last long together. He is presently dating Crystal Leigh, as mentioned by Pete Wentz in an interview, but the couple haven’t come out in the open about their relationship yet.

Hi I played this song for you 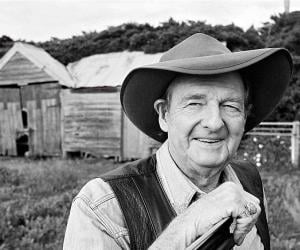