Louis William Tomlinson is an English pop singer, one of the members of the boy band ‘One Direction’. A young and dynamic performer, he is the heartthrob of millions of teenage girls across the globe and is especially very popular in his native England. He was exposed to the show business at a young age. When he was 11, his baby sisters landed minor roles on the television comedy ‘Fat Friends’ and he accompanied them to the sets where he was also cast as an extra. Excited after this incident, he began taking acting lessons and started appearing on television dramas in small roles. Good looking and talented, he was also interested in singing and songwriting. Throughout his school days he remained active in school musical productions and did not focus much on academics. He auditioned for the seventh series of the singing competition ‘The X Factor’ in 2010. He successfully cleared the initial rounds but was eliminated before the final round. However, the judges recognized his potential and teamed him up with four other participants to form a group act. The group, which also included Harry Styles, Niall Horan, Liam Payne and Zayn Malik, adopted the name One Direction and clinched a deal with Simon Cowell's music label. The group quickly gained popularity in the UK and before long became internationally famous as well. British People
Pop Rock Singers
Indie Pop Singers
British Men
Male Singers
Childhood & Early Life
He was born as Louis Troy Austin on 24 December 1991 in Doncaster, South Yorkshire, England to Johannah Poulston and Troy Austin. His parents split up when he was just a week old. His mother later married Mark Tomlinson and Louis took on his stepfather’s surname.
He studied at the Hayfield School before moving on to Hall Cross School. He was not much inclined towards academics. He loved singing and acting, and was very active in his high school musical productions. He also took acting lessons and played the lead role of Danny Zuko in the Hall Cross musical production of ‘Grease’. As a young boy he received the chance to play small parts on the television dramas ‘If I Had You’ and ‘Waterloo Road’. 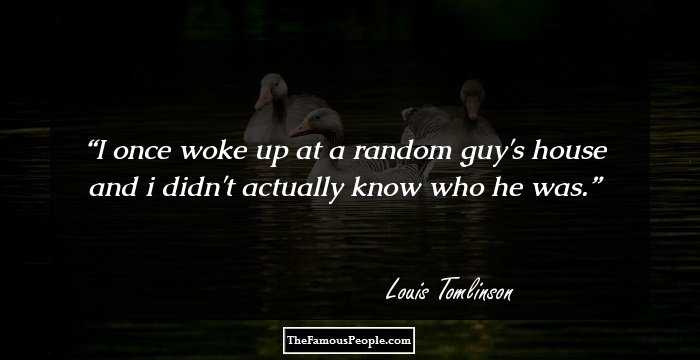 Famous Beautiful Women With Green Eyes
Career
In 2009, he auditioned for the television talent competition ‘The X Factor’ but was turned down. Undaunted, he auditioned again in 2010 and successfully entered the competition. He cleared many of the rounds but was eliminated before the final round.
The judges, however, united him with his fellow competitors Harry Styles, Niall Horan, Liam Payne and Zayn Malik to form a group act. The boys named the group One Direction. Their performance greatly pleased Simon Cowell who recognized the boy’s potential and gave them a contract with his music label.
One Direction’s first single, ‘What Makes You Beautiful’ was released in September 2011 in the UK and became a No. 1 hit. Their debut album ‘Up All Night’ was released in the UK in late 2011, followed by a worldwide release during 2012. It proved to be a big hit and established each one of the boys as youth icons.
In 2012, the band released the album ‘Take Me Home’. The songs in the album revolve around the themes of falling in love, unrequited love, commitment, and jealousy. It garnered mostly positive reviews from critics and topped the charts in more than 35 countries, and was globally the fourth best-selling album of 2012.
Their next album too was received with great enthusiasm by their fans. Released in 2013, ‘Midnight Memories’ debuted at No. 1 on the US Billboard 200, No. 1on the Irish Albums Chart and No. 2 on the Dutch Albums Chart. It featured the super-hit singles ‘Best Song Ever’ and ‘Story of My Life’.
The 2014 too proved to be a great one for the youngsters who continued with their success streak with the release of the album ‘Four’. The singles ‘Steal My Girl’ and ‘Night Changes’ achieved platinum status in the US. The album received positive reviews from critics and debuted at No. 1 in 18 countries.
The band’s latest album, ‘Made in the A.M’ (2015), featuring hit singles like ‘Drag Me Down’ and ‘Perfect’ was also a tremendous hit. It debuted at No. 1 on the UK Albums Chart with and at No. 2 on the US Billboard 200. One Direction announced that they would be taking a break in 2016 so that the members can work on their individual careers.
In 2017, Tomlinson released the single "Back to You". The song was a big hit and peaked at number 8 on the UK Singles Chart.
In 2018, he was chosen as one of the judges for the fifteenth series of The X Factor.
Continue Reading Below 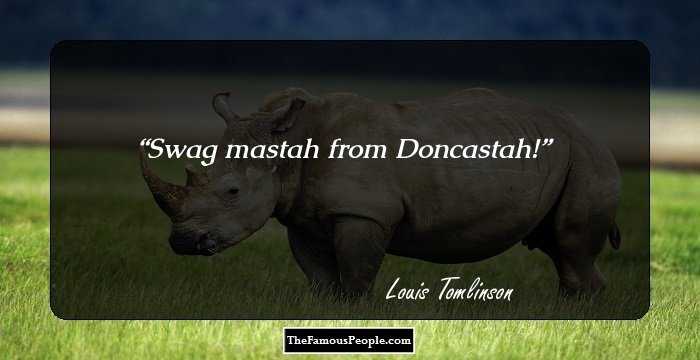 Major Works
One Direction’s album, ‘Take Me Home’ was a huge critical as well as commercial success. The album topped the charts in more than 35 countries and its lead single ‘Live While We're Young’ peaked inside the top ten in almost every country it charted in. According to Sony Music, the album has sold over five million copies worldwide.
The band’s album ‘Four’ debuted at No. 1 in 18 countries including the UK, Australia US, Denmark, Canada, and Ireland. In addition, the deluxe edition of ‘Four’ became the top charted album on iTunes in some 67 countries. Worldwide the album sold over 3.2 million copies in 2014.
Awards & Achievements
One Direction is the recipient of several awards including five Brit Awards, four MTV Video Music Awards, eleven MTV Europe Music Awards, seven American Music Awards, and 19 Teen Choice Awards.
In 2014, Billboard named One Direction Artist of the Year. 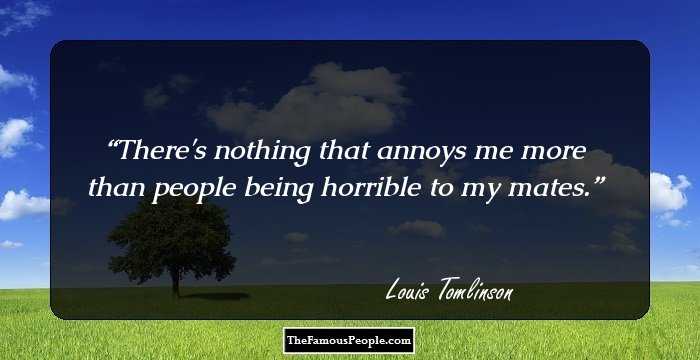 Family & Personal Life
Louis Tomlinson's parents, Troy Austin and Johannah Poulston, separated when he was a just a week old. He is not on good terms with his father.
He is the only child of his biological parents but has four half-sisters from his mother's second marriage to Mark Tomlinson. He also has another half-sister, Georgia, from his father Troy Austin's second marriage.
His mother, Johannah Poulston, and Mark Tomlinson divorced in 2010. Thereafter Johannah was in a relationship with married Daniel Deakin and had twins, Ernest and Doris, on 12 February 2014. Johannah and Deakin got married on 20 July 2014.
Louis Tomlinson's mother, Johannah Poulston, died of leukamia on 7 December 2016.
Tomlinson was in a relationship with Briana Jungwirth and they were blessed with a son, Freddie Reign, who was born in January 2016.
Louis Tomlinson is currently in a relationship with Eleanor Calder.
Philanthropic Works
Louis Tomlinson is actively involved with charity work, both with One Direction and individually. He personally donated two million pounds to Believe in Magic, an organization that supports terminally ill children. He is also involved with Bluebell Wood Children's Hospice and is one of their patrons.
He is a talented football player and has played in several charity matches to raise funds for charities like UNICEF, War Child, the Celtic Foundation and the Rio Ferdinand Foundation.
Recommended Lists:
Singers #126
You May Like

Quotes By Louis Tomlinson | Quote Of The Day | Top 100 Quotes

See the events in life of Louis Tomlinson in Chronological Order