Christopher “Chris” Brown is a talented R&B entertainer who gave the music world hits like ‘Run It!’, ‘Kiss Kiss’ and ‘Forever’. The versatile performer is not just a singer cum dancer; he is also an actor who has made appearances in several films. The singer with a silky smooth voice cites Michael Jackson as his biggest inspiration. A music lover from a young age, he is basically a self-taught entertainer who listened to soul music for years before moving on to hip-hop. With the encouragement of his mother he sang in his church choir and participated in several local talent shows. Recognizing his talents, his mother began looking for a record deal ultimately getting the young teenager to sign with Jive Records. His self-titled debut album ‘Chris Brown’ was released in 2005, which became a huge commercial success and sold three million copies worldwide. He followed up the success of his album with ‘The Up Close and Personal Tour’ giving more than thirty performances all over the country. The popularity of the then teen sensation led to offers of television and film roles, and he made his foray into movies with ‘Stomp the Yard’. The musician turned actor has won numerous awards including a Grammy and American Music Awards. He also hogged the limelight for allegedly assaulting his girlfriend Rihanna. Chris Brown was born on May 5, 1989, to Clinton Brown, a corrections officer at a prison, and Joyce Hawkins, a day care center director. He has one sister.

He loved music from a young age and taught himself to sing and dance. He was inspired by Michael Jackson and Stevie Wonder.
His mother encouraged him to participate in local talent shows and made him sing in the church choir.
His parents got divorced and his mother became involved with an abusive man. These incidents greatly troubled the teenager.
His mother knew her son had the potential to make it big and was on the lookout for a record deal. He was spotted by Tina Davis, an A&R executive who helped him sign a contract with Jive Records.
Chris who till now was studying in Essex High School quit in 2005 and moved to New York to pursue his music career. 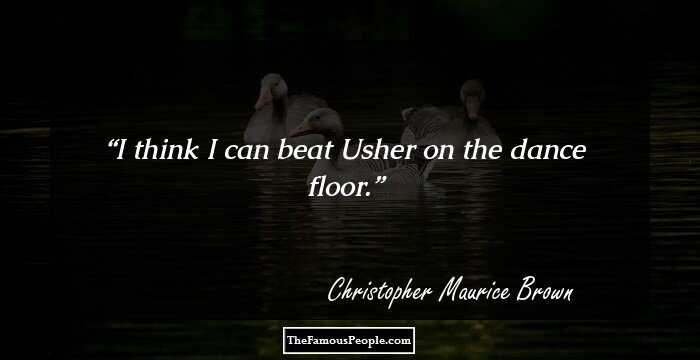 Continue Reading Below
Career
While working on his debut album, Chris collaborated with several songwriters including Scott Storch and Jazze Pha. His self-titled album ‘Chris Brown’ was out in November 2005.
His debut album was a big success that spawned the hit singles ‘Run It!’, ‘Gimme That’ and ‘Say Goodbye’ and eventually went multi-platinum in the U.S. He received two Grammy Award nominations for this album.
In 2006, he embarked on a tour to further promote his album. He played in over 30 concerts throughout the country during the Up Close and Personal Tour.
He became a teenage sensation with his debut album and was offered film and television roles. He played the character of Duron in the 2007 drama and dance film ‘Stomp the Yard’.
His second studio album ‘Exclusive’ was released in November 2007. It was a critical as well as commercial success and peaked at No. 4 on the U.S. Billboard 200 chart. It included five super hit singles which featured on the Billboard Hot 100.
‘Graffiti’ his third album was out in 2009. The music for the songs in this album had been created with synthesizers and electronic-influenced beats and had elements of electropop. It reached No. 7 on the U.S. Billboard 200 chart.
He portrayed a professional bank robber in the 2010 crime thriller ‘Takers’ that also co-starred Matt Dillon and Idris Elba. The film was a commercial hit in spite of getting negative reviews from critics.
His 2011 album ‘F.A.M.E’ debuted at No. 1 on the U.S. Billboard 200 chart. It contained the hit single ‘Yeah 3x’. Several guest appearances by artists like Lil Wayne, Justin Bieber and Big Sean were featured in it.
He went on a concert tour, The F.A.M.E Tour, to promote the album. He performed 32 concerts in North America over the course of this tour.
Continue Reading Below
Chris’s fifth studio album ‘Fortune’ was released in 2012. It peaked at No. 1 on the U.S. Billboard 200 and became the top album in other countries like New Zealand, U.K. and the Netherlands as well.
He played the role of Alex in the 2012 romantic comedy film ‘Think Like a Man’ based on the book ‘Act Like a Lady, Think Like a Man’ by Steve Harvey.
His upcoming projects include the film ‘Battle of the Year’ and the much awaited album ‘X’. 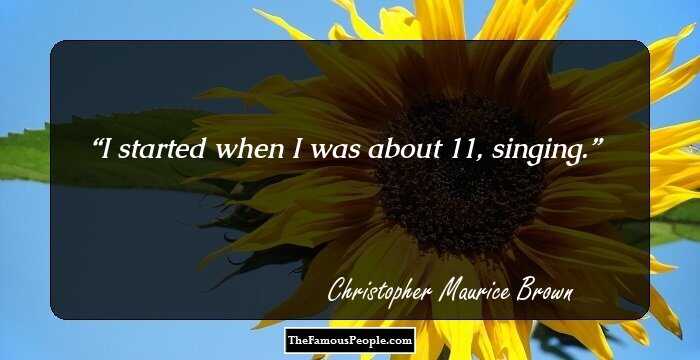 Quotes: Singing
Major Works
His self-titled debut album announced to the music world the birth of a new R&B star in 2005. It earned two Grammy Award nominations and was certified double Platinum in the U.S.
His 2007 album ‘Exclusive’ was not just a huge commercial success, but also a critically acclaimed one. It was nominated for a Grammy Award and became Platinum certified in the U.K.
The album ‘F.A.M.E’ (2011) was his first No. 1 album in the U.S. The Gold certified album received three Grammy Award Nominations, winning one. It also won the Soul Train Music Award for Album of the Year in 2011.
Awards & Achievements
He won the World Music Award for the World’s Best Male R&B Artist in 2008.
He has been nominated for the Grammy Awards 12 times and won the Award for Best R&B Album for his album ‘F.A.M.E’ in 2012.
So far he has won 12 BET Awards that are given to honour African Americans in various fields of entertainment. 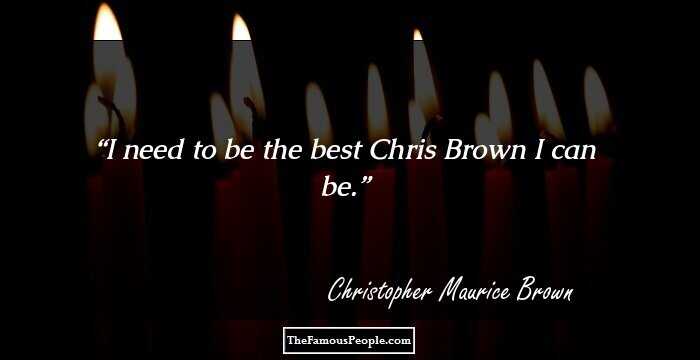 Chris Brown had an on-and-off relationship with singer Rihanna. He was arrested for physically assaulting Rihanna in 2009, after which the couple broke up. From 2011 to October 2012,  he dated model Karrueche Tran. In January 2013, Chris and Rihanna resumed their romantic relationship, but he said in a May 2013 interview that they had broken up gain.

After his break-up with Rihanna, he rekindled his romance with Train, but they separated again after the news of Brown's daughter Royalty with Nia Guzman, in 2015. Brown welcomed a son Aeko Catori Brown, with Ammika Harris (Pietzker), on November 20, 2019. He was in a relationship with social media star, Diamond Brown and they welcomed a child in January 2022.

Trivia
He loves playing basketball.
He was pulled off the stage by his fans during one of his concerts.
He is heavily tattooed.