(Known for His Work in Country Music)

Keith Urban is a country musician and guitarist who is famous not just in his native Australia but also in the U.S. and the rest of the world for his soul stirring music. The multiple Grammy Award winner started his musical career in Australia before shifting to the U.S. to try his luck there. Born into a family of music lovers, Urban was exposed to country music from a young age and was also given guitar lessons. As a teenager, he participated and won in several talent shows. He started playing for a local country band and developed his own unique style of music—a combination of rock guitar and country sound—which enabled him to carve a niche for himself in Australia. He released an album and several singles in his home country which were met with considerable success. Propelled by his success he moved to the U.S. to further his career. He set off to a flying start with his first band ‘The Ranch’ and eventually left the band to focus on his solo career. His solo debut album, the self-titled ‘Keith Urban’ was a smash hit and there was no looking back for the talented singer. The versatile musician is also skilled at playing the acoustic guitar, banjo, bass guitar, piano and mandolin. American People
Australian People
Country Singers
Lyricists & Songwriters
American Men
Australian Men
Childhood & Early Life
Keith Urban was born on 26 October 1967, in Whangarei, New Zealand, to Marienne and Robert Urban and Marienne.
He attended Sir Edmund Hillary College in Otara, South Auckland, New Zealand and dropped out of school when he was 15 in order to pursue a career in music. By the age of 17, Keith Urban shifted to Caboolture, Queensland, Australia, with his parents.
His parents loved American country music and encouraged the boy’s musical passion. His father arranged for him to receive guitar lessons. Keith participated in local music competitions and also played for a music band.
Keith Urban gained a footing in the Australian country music scene by performing regularly on the Reg Lindsay Country Homestead TV Program and other television programs. He also won a golden guitar award at the Tamworth Country Music Festival along with his music partner Jenny Wilson. 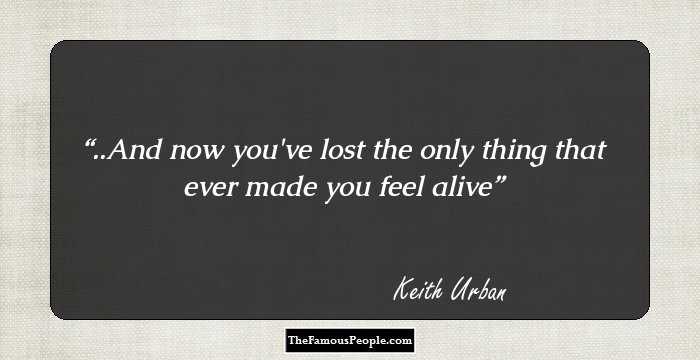 Keith Urban released his self-titled debut album ‘Keith Urban’ in 1991 with EMI Australia. During the early 1990s he toured as a backup to Slim Dusty and recorded a re-worked version of Dusty’s ‘Lights on the Hill’. He also appeared at the Grand Ole Opry backing Dusty.

He moved to the U.S. in 1992. There he struggled for years to find a footing and also developed a cocaine habit.

During the mid 1990s he worked in collaboration with other artists like Alan Jackson, Toby Keith, and Vernon.

In 1997, he formed a country music band called ‘The Ranch’ with fellow musicians Jerry Flowers and Peter Clarke. Keith played several musical instruments for the band in addition to being the lead vocalist. The band released only one album and two singles before breaking up in 1998.

He had developed a severe cocaine addiction problem by now and checked into the treatment center, Cumberland Heights, for rehabilitation, in 1998.

After coming out clean he released his self-titled American debut album ‘Keith Urban’ in 1999. The album was a hit and gave him the breakthrough he was seeking so desperately.

His next album ‘Golden Road’ was out in 2002. It featured the singles ‘Somebody Like You’, ‘Who Wouldn’t Wanna Be Me’ and ‘You’ll Think of Me’ which went on to become No. 1 on the Hot Country Songs charts.

His 2004 album ‘Be Here’ spawned three No. 1 singles on the Hot Country Songs charts and two No. 2 hits. Keith had written nine of the songs on this album himself.

He released the album ‘Defying Gravity’ in 2009. The album’s lead-off single ‘Sweet Thing’ topped the Billboard Hot Country Songs chart. It was commercially very successful and was also nominated for a Grammy Award.

In 2010, he released his album ‘Get Closer’ which received positive reviews from music critics. The album debuted at No. 7 on the U.S. Billboard 200.

His album ‘Fuse’ which was released in September 2013 featured a variety of sounds and more prominent lyrics as compared to its predecessors and debuted at No. 1 on the Billboard 200 and the U.S. Top Country Albums chart.

In 2016, he came up with his ninth studio album, 'Ripcord'. For this album, he collaborated with numerous musicians, such as Pitbull, Carrie Underwood and Nile Rodgers. The album was a big hit and was nominated for Best Country Album at the 59th Annual Grammy Awards. In 2017, 'Ripcord' was certified Platinum. 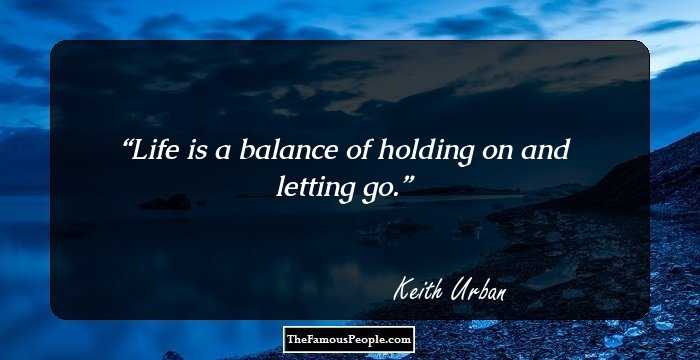 Quotes: Life
Major Works
His album ‘Golden Road’ had three singles that peaked at No. 1 on the Hot Country Songs charts. The album was accredited platinum in Australia and multi-platinum in the U.S. and Canada.
The album ‘Be Here’ which produced three No.1 singles on the Hot Country Songs charts is Keith’s best-selling album to date and is certified multi-platinum. The album peaked at No.1 on the Billboard Hot Country Albums chart.
Awards & Achievements
He is the recipient of four Grammy Awards for Best Male Country Vocal Performance, the most recent one being for the song ‘Til Summer Comes Around’ in 2011.
He has also won several Academy of Country Music Awards, Country Music Association Awards, and American Music Awards. 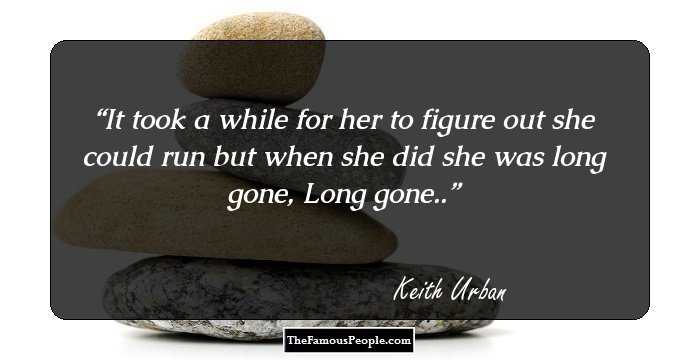 Personal Life & Legacy
Keith Urban is married to actress Nicole Kidman since 2006. The couple has two daughters: Sunday Rose Kidman Urban (born 7 July 2008) and Faith Margaret Kidman Urban (born 28 December 2010).
Trivia
He sang his hit number ‘Making Memories of Us’ to his wife on their wedding reception.
He holds dual citizenship; he is Australian as well as American national.

Quotes By Keith Urban | Quote Of The Day | Top 100 Quotes

See the events in life of Keith Urban in Chronological Order