Mario Batali is an American chef, author, restaurateur and television personality who became a household name with his Food Network shows, Molto Mario and Iron Chef America. Later, he appeared in PBS Network’s Spain... on the road Again and ABC Network’s The Chew. He was also the co-owner of numerous restaurants in cities like New York, Los Angeles and Las Vegas. Apart from this, he wrote numerous cookbooks including The Babbo Cookbook and Big American Cookbook: 250 Favorite Recipes from Across the USA. In 2017, he was accused by numerous women of sexual harassment. Following this, he was fired from his show, The Chew, and three of his restaurants in Las Vegas closed down. He also had to sell his stake in Batali & Bastianich Hospitality Group. In 2019, he was charged with indecent assault and battery related to a 2017 incident. He has apologised for his past behaviour but denied allegations of sexual assault. While studying at Rutgers University, Mario Batali worked at a pub/restaurant Stuff Yer Face, first as a dishwasher and then as a pizza maker. After he quit the Le Cordon Bleu cooking school in London, he began working as an apprentice to Chef Marco Pierre White. In 1985, he was employed as a sous chef at the Four Seasons Clift, San Francisco and later worked at Four Seasons Biltmore Hotel’s La Marina restaurant, Santa Barbara. In 1989, he quit his job and shifted to a small Italian village of Borgo Capanne where he apprenticed at the La Volta kitchen. During his three years in the village, he devoted himself to learning the authentic regional Italian cuisine which became the foundation of his career.

After returning to the US, he opened his first restaurant – PO – in 1993 in partnership with Steve Crane. He soon collaborated with restaurateur, Joe Bastianich, and formed the Batali & Bastianich Hospitality Group (B&BHG). The duo’s first restaurant – Babbo Ristorante e Enoteca – opened in 1998 and was awarded The Best New Restaurant award by the James Beard Foundation. It also received 3 Stars by the New York Times. The B&BHG later went on to open more than a dozen restaurant including Lupa, Esca, Otto, Casa Mono, Bar Jamon, Bistro du Vent, and Del Posto. The group also opened Osteria Mozza and Pizzeria Mosso in Los Angeles as well as B&B Ristorante, Enoteca San Marco and Carnevino Italian Steakhouse in Las Vegas.

While cementing his position as a restaurateur, Batali took the opportunity to establish himself as television personality with Food Network’s various show. His first show with the network was Molto Mario (1996-2004) which was followed by other shows including Mediterranean Mario (1998) Mario Eats Italy (2001–2002) Ciao America with Chef Mario Batali (2003) and Iron Chef America series (2005-2009).

He also appeared as the co-host of PBS Network show Spain... on the road Again (2008) along with Gwyneth Paltrow and Mark Bittman. He co-hosted seven seasons of the ABC daytime talk and cooking show The Chew (2011-2017) and won the 2015 Daytime Emmy Award for Outstanding Informative Talk Show Host for it.

Towards the end of 2017, a number of women came forward and accused Batali of sexual harassment. He later apologised for his past behaviour and was ousted from his television show The Chew. He took a leave of absence from B&BHG and eventually in 2019 surrendered ownership of his stakes in the group and a small ownership in Eataly, the Italian food marketplace. Stores refused to sell his products and cookbooks. In 2019, he was charged with indecent assault and battery for which he pled not guilty.

Mario Francesco Batali was born on 19th September 1960 in Seattle, Washington to Marilyn LaFramboise and Armandino Batali. His Italian-American father was an engineer who went on to establish Salumi restaurant, while his part French-Canadian mother was a nurse. The family, which also includes his brother Dana and sister Gina, went to stay in Madrid, Spain in 1975 from where he did his high school. Three years later, he returned to the US and joined the Rutgers University to study Spanish theatre and Economics. Post his graduation in 1982, he joined the famous culinary school – Le Cordon Bleu – which specialised in classic French cuisine. However, dissatisfied, he left soon.

From the very beginning, with brilliant home cooks around him, Mario Batali developed an interest in cooking, especially Italian cuisine which he enjoyed at his grandmother’s house in Seattle.

In 1994, he wedded Susi Cahn, daughter of Coach Inc. founders Miles and Lillian Cahn. Together the couple have two sons – Benno and Leo Batali. 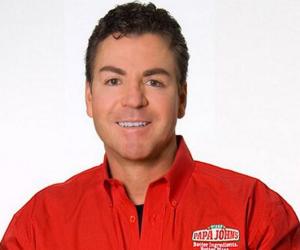