Sir Joseph Banks, 1st Baronet, GCB, PRS was an English naturalist and botanist whose work paved the way for future-botanists. His passion for botany became apparent at a young age and lasted his entire life. Born into a rich family, he craved for knowledge throughout his life. After inheriting a vast family fortune he could finally chase his passion, and went on to explore previously uncharted and unknown territories. While studying at Oxford as a gentleman-commoner he paid a Cambridge professor to come and deliver a series of lectures on botany. He embarked on a voyage with James Cook aboard the HMS Endeavour and became well-known after returning with a major collection of specimens. He became the adviser to King George III on the Royal Botanic Gardens, Kew and made the garden incomparable to any other botanical garden in the world. He also played an integral part in England’s colonization of the Australian continent and became the acknowledged authority in New South Wales. Later in his life, he was a prominent endorser and financer for travelers and scientific men and stated through his discoveries and investigations that marsupial mammals were more primitive than placental mammals. Throughout his life he received numerous fellowships and was a member of multifarious societies 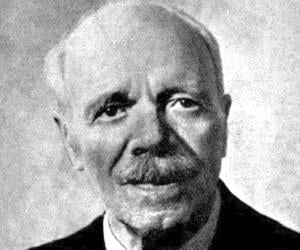 Jim Corbett
Botanists #8
Naturalists #13
Scientists #405
DID WE MISS SOMEONE?
CLICK HERE AND TELL US
WE'LL MAKE SURE
THEY'RE HERE A.S.A.P
Quick Facts

British People
British Men
Christ Church, Oxford
Male Botanists
Male Scientists
Childhood & Early Life
Joseph Banks was born on February 24, 1743 in London to a wealthy family. His father was a doctor, squire of the Lincolnshire county and a member of the House of Commons.
Joseph’s initial education was in the form of private tuitions at home. In 1752 he enrolled in the Harrow School, London and then went to Eton College, Windsor in 1756.
In 1760 he entered Christ Church at Oxford University as a gentleman-commoner. After noticing there weren’t any professors to deliver lectures on botany he paid Israel Lyons, a Cambridge botanist, to do so at the university in 1764. He left the university without a degree in 1764.
His father had passed away in 1761 and left him a sizeable inheritance. After attaining the age of 21 he inherited his father’s fortunes and became a considerably wealthy individual. This enabled him to devote his leisure time to botany.
He moved to Chelsea in 1763 and there he visited the Chelsea Physic Garden and the British Museum. Gradually he made acquaintances with Daniel Solander (a Swedish naturalist) and Carl Linnaeus, and went onto become the adviser to King George III. 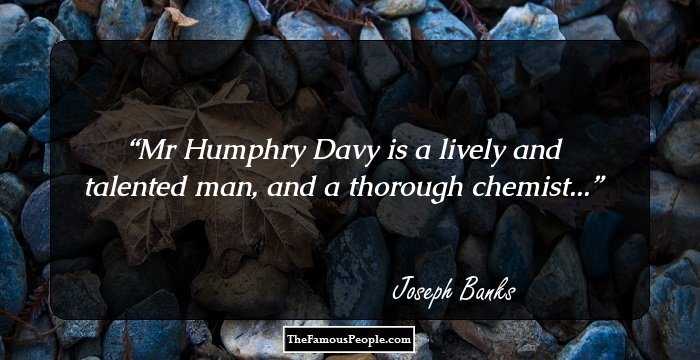 The Best Black Actresses Of All Time
Career
In 1766 Joseph Banks was elected to the Royal Society and later to the Society of Antiquities. He went on the HMS Niger’s expedition to Newfoundland and Labrador and collected many species of plants and animals and recorded 34 species of birds, including the now-extinct bird species called the Great Auk.
He went along with James Cook on Cook’s first great voyage of discovery (1768–1771) aboard the HMS Endeavour to observe the transit of Venus. Banks financed the trip for Solander and Herman Sporing, a Finnish naturalist, and five others.
While traversing through Brazil, he made the first scientific description of the plant Bougainvillea. The explorers took notes and specimens of nearly 800 plants off the Australian banks which were later presented in Bank’s ‘Florilegium’.
He returned from the voyage as a famous man on July 12, 1771. However, he couldn’t find a place on Cook’s next voyage aboard the ship named Resolution pertaining to his scientific requirements.
He didn’t lose hope and lead an expedition with Solander aboard the ship Sir Lawrence to the Isle of Wight, the western islands of Scotland and Ireland. He returned with many more specimens and stored them at his house in London.
In 1773, he toured Holland with Charles Greville and visited Wales with Solander and Paul Sandby, an artist. Back home, he shifted to a bigger house to accommodate his ever-growing collection of plant specimens.
He was elected as a foreign member to the Royal Swedish Academy of Sciences in 1773 and to the Dilettante Society in 1774 where he also served as the secretary from 1778 to 1797. He became the President of the Royal Society in 1778 and held this position for over 41 years.
In 1779 he leased a 34-acre estate called the Spring Grove with a natural spring and developed it into a beautiful botanical masterpiece with the help of his numerous samples brought in from foreign lands. He became a baronet in 1781.
Joseph Banks had been serving as the king’s informal adviser on the Royal Botanic Gardens, Kew, from the past several years and this position became official in 1797. The garden housed the most exotic and awe-inspiring plants, brought over by Banks’ personally dispatched explorers and botanists from all over the world.
His fascination with Australia garnered his interest in the colonization of Australia and he was the acknowledged authority on New South Wales. He made sure that a variety of flora was exchanged between the two countries and also delivered advice on matters relating to currency, plant diseases, exploration, etc.
Major Works
Joseph Banks’ major works include his 1766 expedition to Newfoundland and Labrador along with James Cook, his development of the Royal Botanical Gardens, Kew, into an unparalleled garden and his unique position of high authority with the British government on any matter relating to the Australian continent.
Awards & Achievements
Joseph Banks was elected to the Royal Society in 1766 and he became its president in 1778; a position he held till 1820. He was an honorary founding member of the Wernerian Natural History Society of Edinburgh, a foreign member of the Royal Swedish Academy of Sciences and a foreign honorary member of the American Academy of Arts and Sciences.
Personal Life & Legacy
Joseph Banks married Dorothea Hugessen in 1779 and their marriage remained child-less.
To commemorate his efforts and findings in the field of botany around 80 plants derive their names from his name.
He passed away on June 19, 1820 at his Spring Grove House in London and was buried at St Leonard’s Church in Heston.
Recommended Lists:
Intellectuals & Academics #553
You May Like

See the events in life of Joseph Banks in Chronological Order 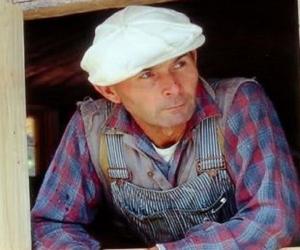