Carl Linnaeus, often known by the Latin form of his name as Carolus Linnaeus, is the father of modern biological classification systems. Born into a small parsonage in the southern tip of his country at the dawn of the Renaissance, Carl was given a thorough home school education by his father. Later, Carl would have his curiosity about the natural world piqued during lengthy childhood trips and explorations. Parleying his intellectual curiosity into formal studies, Linnaeus enrolled in a number of universities to study under masters in the field. By the time he graduated, Linnaeus had become an expert biologist, and was asked to give lectures on the subject. Linnaeus then received sponsorship to conduct numerous field studies where hundreds, if not thousands, of species of flora and fauna were identified, labeled and catalogued. The eminent biologist continued his work until he finally published a series of scientific masterpieces, outlaying his system for dividing both the animal and plant kingdoms into a nested series of categories and sub-categories. Although it has been modified since its first iteration, the classification system invented by Linnaeus still forms the backbone of all modern biological sciences today. Linnaeus continued a long and distinguished career as a researcher, academic and professor until his death at an advanced age from natural causes Ronald Fisher
DID WE MISS SOMEONE?
CLICK HERE AND TELL US
WE'LL MAKE SURE
THEY'RE HERE A.S.A.P
Quick Facts

Swedish People
Swedish Men
Male Botanists
Male Biologists
Male Scientists
Childhood & Early Life
Carl Linnaeus was born on May 23, 1707 in Rashult, part of the Stenbrohuit Parish in Sweden. His father was Nils Ingermarsson Linnaeus and his mother was Christina Brodersonia.
Nils was an amateur botanist when not fulfilling his duties as a Lutheran minister and curate in southern Sweden. Carl eventually had three younger sisters and a brother. He learned a variety of advanced subjects from home school courses administered by his father and some hired tutors. 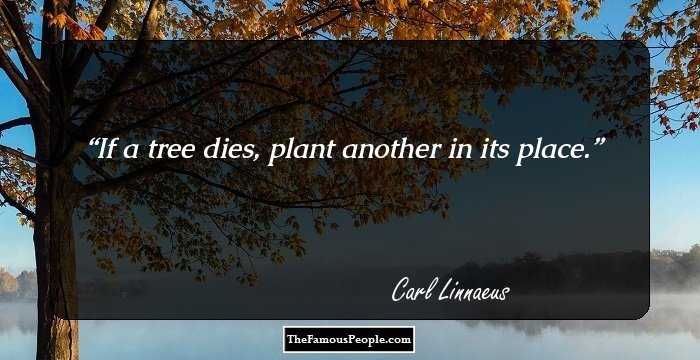 Continue Reading Below
Career
By age 17, Linnaeus had become well-versed in all of the existing botanical literature. That same year, he entered the ‘Vaxjo Katedralskola’ (Cathedral School) where he studied advanced topics such as mathematics, theology, Greek and Hebrew, a series of courses used for boys interested in joining the priesthood.
In 1721, he enrolled in the ‘University of Lund’ to study botany full-time. Following his mentor Johan Rothman's guidance, Linnaeus began to learn to classify plants.
In 1728, he transferred to ‘Uppsala University’ to continue to study both medicine and botany. While there, he made a strong connection with Olof Celsius, who would later invent the popular temperature scale used around the world today.
Linnaeus wrote his first master thesis on plant sexual reproduction in 1728. A year later, he was invited to give lectures on the paper to hundreds of people.
In 1732, he was awarded a large grant from the ‘Royal Swedish Society of Sciences’ to pay for an extensive journey through northern Sweden in search of new plants, animals and mineral deposits. During the expedition, he discovered a small flower, ‘Linnaea borealis’, which would later be named in his honor.
In 1734, he led an expedition of students to Dalarna, to catalog and possibly discover new mineral deposits.
In 1735, Linnaeus traveled to the Netherlands where he was awarded a doctoral degree in medicine from the University of Harderwijk. Later in the same year, this renowned scientist published his masterpiece 'Systema Naturaea', a detailed new system for classifying plants.
In 1737, he published the results of his long journey through the Scandinavian tundra in a book entitled 'Flora Lapponica', which classified over 534 different species of flora in the region. The same year, Carolus published 'Genera Plantarum', in which he described over 935 different genera of plants.
Also in 1737, he published 'Hortus Cliffortianus', an extensive catalog of the plants in the herbarium and botanical garden in the city of Hartekampf. The following year, he returned to Sweden and became a physician.
Continue Reading Below
In 1741, he was appointed to become a professor of Medicine at ‘Uppsala University’. Ten days after receiving the new job, he led a team of university students on an expedition to discover medicinal plants. Over 100 previously undiscovered plants were catalogued.
In 1745, Linnaeus published two books: 'Floria Suecica' and 'Fauna Suecica' about the totality of natural life in Sweden.
In 1750, he became the rector of ‘Uppsala University’. He would hold the position for the next 22 years. 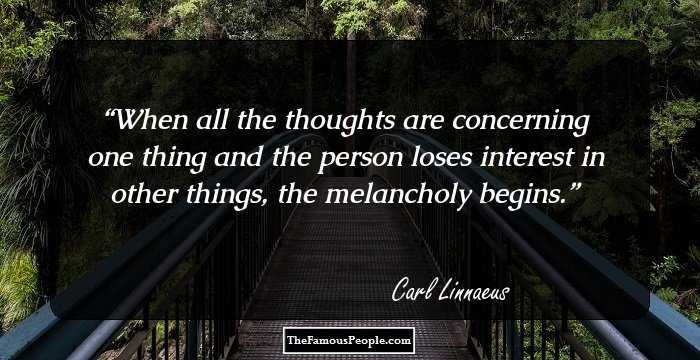 Major Works
First printed in 1735, the book 'Systema Naturae' was the complete description of how Linnaeus had classified more than 7,000 species of plants and 4,000 species of animals. The classification system for plants and animals devised by Linnaeus forms the backbone of all modern biological sciences.
Personal Life & Legacy
Carl Linnaeus married Sara Elisabeth Moraea on June 26, 1739. Together, they had seven children, six of which survived infancy.
Linnaeus passed away on January 10, 1778 after a series of paralyzing strokes. He was interred at the Uppsala Cathedral. 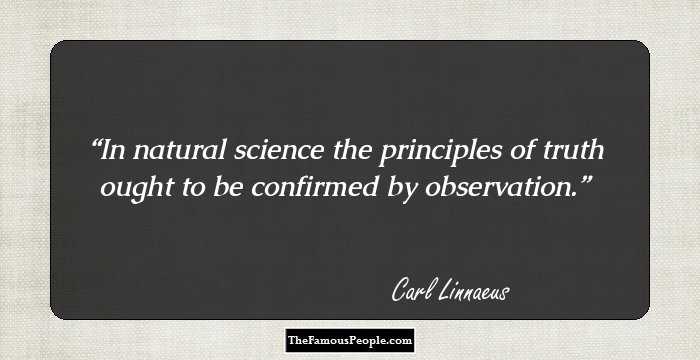 Trivia
When Carl's father Nils was accepted to the University of Lund, the school required him to choose a family name. He picked Linnaeus, the Latin name of the linden/lime tree that also grows in Sweden.
As a child, Carl would often get upset. His parents and friends knew that if they gave Carl a flower, he would soon calm down.

See the events in life of Carl Linnaeus in Chronological Order