Jonas Zemaitis was the Chairman of the Lithuanian Movement for Freedom, posthumously recognized as the President of Lithuania. He was one of the leaders of armed resistance against the Soviet occupation in his native land, Lithuania. A zealous patriot, Jonas Zemaitis fought for the rights of his people till the very end and ultimately laid down his life for the cause he believed in, and thus became immortalized as a hero in Lithuanian history. It might seem ironical that the great revolutionary actually had a pleasant childhood, growing up in a big dairy farm. After completing his schooling he joined the military and it was there that he began developing his revolutionary ideals. He started his military career as a lieutenant and went on to further his training at the Fontainebleu school of artillery (Ecole d’Artillerie de Fontainebleau) after which he acquired the rank of a captain and went on to join the flocks of Lithuanian military forces. He was very passionate about the honor of his country and never shied away from risking his life for Lithuania. During the 1940s he rose in prominence as a part of the Lithuanian Freedom Army and the Lithuanian partisans and eventually became recognized as the Head of State of contemporary occupied Lithuania, posthumously in 2009 Rolandas Paksas
Revolutionaries #326
Presidents #846
Leaders #9021
Continue Reading Below
15th March In History
DID WE MISS SOMEONE?
CLICK HERE AND TELL US
WE'LL MAKE SURE
THEY'RE HERE A.S.A.P
Quick Facts

Lithuanian Celebrities
Lithuanian Men
Male Leaders
Pisces Leaders
Lithuanian Leaders
Childhood & Early Years
Jonas Zemaitis was born on 15 March, 1909 in Palanga, in what was then Russian Empire (now Lithuania). His parents were Jonas Žemaitis and Petronėlė Daukšaitė. Even though his parents were not religious, the boy was christened in Palanga's church.
From 1910 to 1917, he was in Poland with his parents. There he grew up in his uncle’s big dairy farm and attended a primary school. He had a nice and enjoyable childhood.
He returned to Lithuania in 1917 and settled down in Kiaulininkai village where his grandparents lived.
He attended the Raseiniai Gymnasium and graduated in 1921. He started studying in the Kaunas Military School in 1926 and finished his studies in 1929.
Continue Reading Below
You May Like

The Sexiest Men Of 2020, Ranked
Career
He began his career in the Second Flock Of Artillery as a commander. The second artillery was deployed to Klaipėda in 1935. It was a time of political unrest and tensions in the nation. During this time he became involved in a street fight to defend the honor of an officer and was shot at. He was quickly operated upon and thus his life was saved.
He then studied at the Fontainebleu school of artillery (Ecole d’Artillerie de Fontainebleau) from 1936 to 1938. The school provided him the opportunity to improve his French and German skills. He then acquired the rank of a captain and joined the flocks of Lithuania military forces.
The USSR occupied Lithuania in 1940 and he continued his active service in the 617th flock of artillery. During this tumultuous period, many people were arrested and many people retired. But Jonas Zamaitis took an oath as a captain to serve the Soviet Union and was appointed the director of training in the 617th artillery unit. In this position he trained the next generation of soldiers for the People’s Army.
In 1941, Lithuanian units of the People’s Army were stationed at the Pabradė military base. Here he did something completely unexpected—he surrendered himself to captivity under the Germans along with a group of soldiers.
He did not want to serve the Nazis, and it is known that Lithuanians who refused to serve the Nazis were held at POW camps until summer of 1942. He was interrogated and later allowed to return home to his family. For a while, he worked as a technician of peat extraction.
In 1944, he joined the Lithuanian Territorial Defense Force, organized by Povilas Plechavičius—the Lithuanian military officer—after the latter addressed the Lithuanian people over the radio on 16 February, 1944.
The Germans became worried over the devotion of the Lithuanian officers’ corps and decided to disband them. As a part of their plans, Povilas Plechavičius was sent to Salaspils concentration camp to learn military discipline, and the army soon fell apart.
Zamaitis went into hiding following the disbanding of the Lithuanian Territorial Defense Force. But soon he was discovered by the Lithuanian prtisans who asked him to join them and thus he took an oath on his sacred honor and became a member of the Lithuanian Freedom Army and the Lithuanian partisans.
He rose through the ranks and became the leader of the army. In 1949 he established the Union of Lithuanian Freedom Fighters and became its chairman. Till the very end he contributed towards the partisan resistance to Soviet occupation.
Awards & Achievements
He was posthumously awarded the rank of Brigadier General and was officially named as the fourth President of Lithuania in March 2009.
Personal Life & Legacy
Jonas Zemaitis married Elena Valionytė in 1940 and had a son, Laimutis. However due to unavoidable circumstances, his son had to be raised by other people.
He suffered from a cerebral hemorrhage and became paralyzed in December 1951. At that time he was in hiding and by 1953 his place of hiding was discovered by Soviet agents. Being disabled, he was easily arrested and transported to Moscow where he was interrogated by Lavrentiy Beria.
He was executed in the Butyrka prison on November 26, 1954.
You May Like

See the events in life of Jonas Žemaitis in Chronological Order 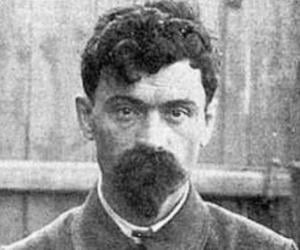