Dalia Grybauskaitė, also referred to as the ‘Iron Lady’, is a confident politician who has successfully led her nation to prosperity, and is still working towards it. She is outspoken, courageous, and capable of standing for the rights of her nation. Since a very young age, Dalia was interested in politics. Her knowledge of administration, as well as her hard work and dedication, helped her get noticed, and earn many important government roles. She then created history by becoming the first female President of her nation. Her efforts as a leader are visible to the entire nation, and probably that is the reason why she has been elected as the president of Lithuania twice in a row. This had never happened before in the Lithuanian nation. This first lady is known for accomplishing all her roles and responsibilities efficiently. Her suggested modifications in the European Union budget have been well appreciated. Other than her political understandings, she is also a philanthropist who is concerned about the well-being of all the citizens of her nation. She is a strong supporter of the LGBT (lesbian, gay, bisexual, transgender) community, and helps NGOs which work towards the betterment of this clan. She had boycotted the ‘2013 Sochi Winter Olympics’, because of violation of human rights. To know more about her life and works read on Algirdas Brazau...
Political Leaders #1256
Presidents #233
Leaders #1625
Continue Reading Below
DID WE MISS SOMEONE?
CLICK HERE AND TELL US
WE'LL MAKE SURE
THEY'RE HERE A.S.A.P
Quick Facts

Lithuanian People
Lithuanian Women
Georgetown University
Saint Petersburg State University
Women Leaders
Childhood & Early Life
Grybauskaitė was born to a working class family in Vilnius, on 1st March, 1956. While her father Polikarpas Grybauskaitė worked as a driver and an electrician, her mother, Vitalija Korsakaitė, was a saleswoman.
She pursued her primary education at the ‘Salomėja Nėris’ high school. Dalia was very fond of Geography and physics during her school days.
At the tender age of eleven, she started participating in sports, and even developed a passion for basketball at the same time.
While she was still a teenager, Dalia worked as the staff inspector of the ‘Lithuanian National Philharmonic Society’ during the period 1975-76.
She joined the ‘Zhdanov University’, Leningrad (now ‘Saint Petersburg State University’), to pursue her studies in political economy. During the same time, she also worked at a local factory named ‘Rot-Front’ as a technician.
Continue Reading Below
You May Like

The Best Black Actresses Of All Time
Career
Grybauskaitė was employed as the scientific secretary in 1983, at the society ‘Žinija’ under the ‘Academy of Sciences’. She also headed the ‘Agricultural Division’ at ‘Vilnius High Party School’ around the same time.
From 1985 to 1990, she resumed lectureship at the ‘Department of Political Economy’ of the ‘Vilnius High Party School’. Dalia was also a member of the ‘Communist Party of the Soviet Union’ at Vilnius during the same period.
Although the Lithuanian leader was busy with her political commitments, she managed to receive a doctorate in Economics in the year 1988, from the ‘Academy of Public Sciences’, Moscow.
During 1990-91, she was appointed to a secretarial position at the ‘Lithuanian Institute of Economics’ which was under the ‘Ministry of Economics’.
In the year 1991, Dalia Grybauskaitė was appointed to handle the role of the Director of Program, at the Prime Minister’s office.
Later, she worked at the ‘Ministry of International Economic Relations’ of the Republic of Lithuania as the ‘Director of the European Department’.
In 1992, she finished a six-month special programme, which was organized for senior executives at the ‘School of Foreign Services’ at ‘Georgetown University’, Washington DC.
She was appointed as the ‘Director of the Economic Relations Department’ in the Foreign Affairs Ministry during the year 1993. During her tenure, she was also the representative of Lithuania to the ‘European Union’, when the country entered the free trade agreements.
Later, she was also appointed the chair-person of the ‘Aid Coordination Committee’ for the ‘PHARE’ programme and the ‘G24’ (Group of 24).
Continue Reading Below
At the Lithuania Mission to European Union in the year 1994, she was the ‘Envoy Extraordinary and Minister Plenipotentiary’.
From 1996 to 1999, Grybauskaitė was the ‘Minister Plenipotentiary’ at the ‘Lithuanian Embassy’ in the United States.
She was appointed to three consecutively. During the period 1999-2000 she was the Vice-Finance Minister. After her tenure ended, she was appointed as the Vice-Foreign Minister.
The Lithuanian leader was elected as the finance minister in the year 2001. She assumed this role for the next three years.
Grybauskaitė was selected as the ‘European Union Commissioner’ in 2004, and was responsible for financial programming and budgeting.
The following year, she was chosen as the ‘Commissioner of the Year’ for the efforts she put in reforming the European Union budget.
Dalia Grybauskaitė contested the 2009 Lithuanian presidential elections, and was eventually elected the president. She was the first female president of Lithuania.
In 2014, she was re-elected as the president of the country, and created history by becoming the first president to be elected twice to the office.
Major Works
In 2004, when she was chosen as the ‘European Union Commissioner’, the Lithuanian president demonstrated a new view in the budget which advocated expenditure in areas of research and development. She even critiqued the ‘EU budget’ for its excessive emphasis on agricultural programmes. Her involvement towards administrative concerns helped this Lithuanian leader become the ‘Commissioner of the Year’ the next year.
Continue Reading Below
Awards & Achievements
In 2003, she was honoured with the ‘Cross of Commander of the Order of the LiIthuanian Grand Duke Gediminas’
On 12th July 2009, Grybauskaitė received the ‘Order of Vytautas the Great with the Golden Chain.’
She was awarded three state decorations in the year 2011, namely ‘the Royal Norwegian Grand Cross of St. Olav’, ‘Latvia's Order of Three Stars, First Class, and the Chain’, and ‘The Icelandic Order of the Falcon, Grand Cross Star’.
This president was felicitated with the ‘Ceres Medal’ by the ‘Food and Agriculture Organization of the United Nations’ in 2011.
In 2012, she received the ‘Xirka Ġieħir-Repubblika’ and the ‘Cross of Recognition’ honours from nations such as Latvia and Malta. This leader also became a recipient of the ‘Monaco's Grand Officer of the Order of Saint-Charles’ in the same year.
On 9th May 2013, Dalia was awarded the ‘International Charlemagne Prize’ in Germany. On 18th May, the same year, she received ‘the ‘Doctor of Humane Letters’, Honoris Causa, at Georgetown University.
She was honoured with the ‘Collar of the Order of the Cross of Terra Mariana (Estonia)’, ‘Grand Cross of the Order of the White Rose of Finland with Collar’, and ‘Grand Cross Special Class of the Order of Merit of the Federal Republic’, by Germany in 2013.
Personal Life & Legacy
This Lithuanian President is a spinster and does not have any children. Her parents are no more and she does not have any siblings.
Apart from Lithuanian, she communicates well in Russian, English, Polish and elementary French.
Trivia
This famous political leader spends her leisure time practicing karate, and is also a black belt.
You May Like

See the events in life of Dalia Grybauskaitė in Chronological Order 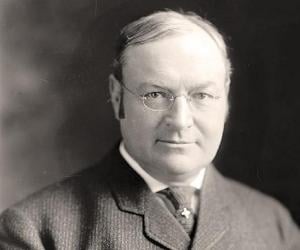