Advanced Search
Rolandas Paksas is a Lithuanian politician and a former President of the country. Besides serving as the President of Lithuania, he also served as the Prime Minister of Lithuania and Mayor of Vilnius. He currently leads the Order and Justice (TT) party and is a Member of the European Parliament. He has participated in both national Lithuanian and national Soviet acrobatics teams and is a skilled stunt pilot. After the fall of the Soviet Union, he founded a construction company called Restako, where he served as company president. Five months following his first appointment as Prime Minister, he resigned due to a disagreement regarding privatization. After joining the Liberal Union of Lithuania (LLS), Rolandas Paksas was again elected Prime Minister and again resigned, this time due to disagreements over economic reforms. He then founded the center-right Liberal Democratic Party, contested for the presidency against Valdas Adamkus and was elected. When news that he had granted citizenship to a major campaign donor came to light, he became the first European Head of State to be impeached. After being removed from office and barred from the Seimas (unicameral Lithuanian parliament), he was elected to the European Parliament, leading his Order and Justice (TT) party Algirdas Brazau...
10th June In History
DID WE MISS SOMEONE?
CLICK HERE AND TELL US
WE'LL MAKE SURE
THEY'RE HERE A.S.A.P
Quick Facts

Lithuanian People
Lithuanian Men
Male Leaders
Gemini Leaders
Lithuanian Leaders
Childhood & Early Life
Rolandas Paksas was born to Elena and Feliksas Paksai in Telšiai, Lithuanian SSR, former Soviet Union on June 10, 1956.
His father was a railway clerk who later worked in the wholesale grain trade. His mother worked as a nurse. Her family was deported to Siberia, but was not subjected to Soviet concentration camps.
He attended Zemaites High School, graduating in 1974 and continuing his education at the Vilnius Civil Engineering Institute, where he received his degree five years later.
He graduated from Leningrad Civil Aviation Academy in 1984. During this time, he competed in many acrobatics competitions as well, winning several championships with both Soviet and Lithuanian teams.
Continue Reading Below
Career
He began his political career as a member of the Communist Party of Lithuania (LKP). He then participated as a member of the leftist Democratic Labor Party (LDDP), which was a successor of the LKP.
In 1995, he defected to the Homeland Union, a conservative right party.
He was elected to the Vilnius City Council and became Mayor of the municipality in 1997. In addition to that, he also served as the Homeland Union chairman of the Vilnius branch.
In May 1999, President Valdas Adamkus asked him to become Prime Minister after Vagnorius stepped down.
In June 1999, he accepted the President's proposal, but was forced to resign, by conservatives, five months later. He was forced to resign after refusing to agree to the sale of a major Lithuanian oil refining company, Mažeikių Nafta, to Williams International, a US oil company.
After stepping down from the position of Prime Minister, he served as President Adamkus's Special Assignments envoy.
He left the Homeland Union to join the Liberal Union of Lithuania and again became the Mayor of the Vilnius city municipality in April 2000.
He again served as Prime Minister, in the eleventh Cabinet, from November 2000 - June 2001, stepping down due to conflict regarding economic reforms.
After stepping down from the position of Prime Minister, he founded the center-right Liberal Democratic Party and was elected as one of its chairmen in March 2002.
Continue Reading Below
He decided to contest for President, winning 19.7% of votes during the first round of elections and 54.9% in the runoff despite the fact that all major Lithuanian parties supported former President Valdas Adamkas.
He was officially elected on January 5, 2003. His election campaign was the most expensive one in Lithuanian history. It included a flight under a bridge performed by Rolandas Paksas himself and two friends. The flight, which consisted of three planes flying under the bridge simultaneously, was a world record. His campaign included pledges to introduce the death penalty for drug traffickers, reduce poverty and income disparities and shift Lithuania towards a more market-based economy.
On February 26, 2003, he became the 3rd president of Lithuania. His short time as President was distinguished by flexibility and his success at establishing better relations with Russia than his predecessors had achieved.
Concerns that he had ties to organized crime, specifically the Russian mafia, arose shortly after he became the president. He had granted Lithuanian citizenship to Yuri Borisov, president of an aviation company called Avia Baltika, who had donated $400,000 to his campaign. This was seen as an unconstitutional act, and the Department of Security began investigating Rolandas Paksas's connections.
The Seimas began impeachment proceedings and on March 31, 2004, the Constitutional Court of Lithuania declared him guilty of violating both the constitution and his oath of office.
On April 6, 2004, a vote was passed in the Seimas which effectively removed him from the position of President. The vote included three charges: he had interfered in a private transaction, had leaked classified information and had illegally restored Yuri Borisov's citizenship.
After he expressed intent to run for the post of President again, the Seimas passed a constitutional amendment that prohibited impeached persons from holding the office of President for five years. The Constitutional Court of Lithuania later ruled this as unconstitutional and instead held that persons who had either violated the constitution or an oath could never again hold a public position that required an oath.
The lifetime prohibition of him to be elected to Parliament was found to be a violation of the European Convention on Human Rights in 2011.
Awards & Achievements
On February 26, 2003, Rolandas Paksas was awarded the Order of Vytautas the Great and given a gold chain by former President Valdas Adamkus.
Personal Life & Legacy
Rolandas Paksas is married to Laima Paksienė, an engineer economist. They have two children together. Their daughter, Inga Paksas, is a student at the Lithuanian Law University and International Business School. Their son, Mindaugus Paksas, is a student at the T. Liubertienes secondary school in Vilnius.
Although barred from holding a public office, he continues to remain politically active from behind the scenes

See the events in life of Rolandas Paksas in Chronological Order 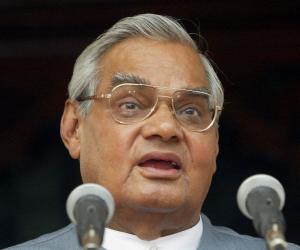 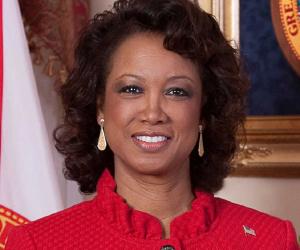