Giambattista della Porta was a 16th century Italian scholar, playwright, and polymath. He is best remembered for his work ‘Magiae Naturalis’ aka ‘Natural Magic’ that he published in 1558. The book, covering a variety of subjects, including astrology, mathematics, and philosophy, was an immediate success and established his reputation as a “professor of secrets” in the European world. He was born in a noble Neapolitan family to a wealthy father who served Emperor Charles V. Porta was the third of four sons and the second to survive childhood. He was educated by private tutors in an academic household that was frequented by philosophers, musicians, mathematicians, and poets. Porta was raised more as a gentleman than as a scholar and was taught to ride, dance, and perform well in sports and games. His interest in music encouraged him to attend the highly exclusive academy of musicians, Scuola di Pitagora. During his lifetime, the multi-talented scholar released books on various subjects like magic, physiognomics, science, and philosophy. In February 1615, Porta died in the house of his daughter in Naples. 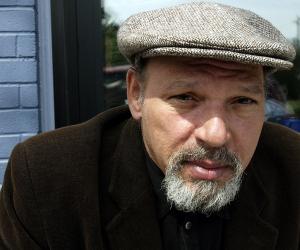 August Wilson
Playwrights #407
Writers #3840
Intellectuals & Academics #1548
DID WE MISS SOMEONE?
CLICK HERE AND TELL US
WE'LL MAKE SURE
THEY'RE HERE A.S.A.P
Quick Facts

Italian People
Male Writers
Scorpio Writers
Italian Writers
Italian Playwrights
Childhood & Early Life
Giambattista della Porta was born in late 1535 at Vico Equense, Kingdom of Naples. His father Nardo Antonio della Porta was a wealthy man who served Emperor Charles V as a secretary.
He had two brothers, Gian Ferrante and Gian Vincenzo. He also had another brother who died in childhood. His maternal uncle was Adriano Guglielmo Spadafora, a well-known conservator in Naples.
He studied various subjects, including mathematics and philosophy, under the strict guidance of his father. Porta later studied music in Scuola di Pitagora.
Continue Reading Below
You May Like

Who Is The Most Popular BTS Member?
Career
Giambattista della Porta published his first work titled ‘Magiae Naturalis’ in 1558. This book discussed several subjects, including magnetism, camera obscura, and demonology. Although written in Latin, the book was later expanded to 20 books in 1589 in various languages such as Italian, German, and French.
In 1563, he published ‘De furtivis literarum’, a book on cryptography which described his method of writing and reading secret messages on the inside of eggs.
Sometime before 1580, Porta founded the scientific society ‘Academia Secretorum Naturae’. Commonly referred to as Otiosi, the group, whose goal was to study ‘secrets of nature,’ was one of the first scientific societies in Europe.
He next came up with two treatises on agriculture titled ‘Pomarium’ and ‘Olivetum’. The books, released in 1583 and 1584, respectively, dealt with growing fruit trees and taking care of them.
His work on physiognomy titled ‘De humana physiognomonia libri IIII’ was published in 1586.
In 1588, Porta published a physiognomy of plants titled ‘Phytognomonica’ in which he listed plants according to their geographical locations. ‘Phytognomonica’ also recorded the first observation of fungal spores.
His works in 1589 included ‘De refractione optices’ and the comedy ‘Fantesca’. During this time, he was abstained from publishing philosophical works. However, the ban was later lifted in 1598.
In the ensuing years, he published ‘Villae’ (also spelled as ‘Villa’) that chronicled his travels through Europe. Porta next released another comedy called ‘Trappolaria’.
He released a comedy ‘Della fisionomia del’ huomo’ under the name Giovanni de Rosa in 1598.
During the early 1600s, Porta concentrated on mathematics and published ‘Elementa curvilineorum’ in 1601, demonstrating how to square the circle. The same year, he also released ‘Pneumaticorum libri tres’ (also spelled as ‘Penumaticorum libri tres’) in which he described how to lift up liquids using vacuum.
In 1603, he outlined a naturalized form of astrology and physiognomics in his book ‘Coelestis physiognomonia’.
Between 1606 and 1607, his comedies ‘Turca’, ‘Carnbonaria’, ‘Moro’ and ‘Astrologo’ were released. During this time, ‘De destillatione’, a treatise on firearms also became one of Porta’s bestsellers. His works during this period also included ‘De' spiritali’ which described the steam engine.
The year 1609 also marked the commencement of the scholar’s dispute with Galileo Galilei over who had first created the telescope. According to some sources, Porta invented the first telescope. However, he died while preparing the treatise in support of his claim.
In 1610, he became a member of ‘The Academy of the Lynxes’ and also published his tragedy ‘Gregorio’. His last books were the comedies ‘Fratelli simili’ and ‘Tabernaria,’ and the tragedy ‘Ulisse’.
Family & Personal Life
Giambattista della Porta was married and had at least one daughter, Cinzia.
On February 4, 1615, Porta died in the home of his daughter.
You May Like