A highly acclaimed, literary figure from the 17trh century, Ben Jonson is widely hailed as ‘one of the most vigorous minds that ever added to the strength of English literature'. Second only to the world’s most legendary literary icon, William Shakespeare, this dramatist, poet and actor was best known for his satirical and comedy plays. His writings played a pivotal role in shaping English stage comedy and poetry. Some of his well-known works include, 'Every Man in His Humour ', 'Volpone, or The Foxe', 'The Alchemist', 'Bartholomew Fayre: A Comedy', 'The Coronation Triumph', 'The Speeches at Prince Henry's Barriers', 'Pleasure Reconciled to Virtue' and 'The Staple of News'. Unfortunately, all through his life he became a victim of many controversies be it on the personal front, political or artistic. His legacy, however, continues to live. He played a major influence on playwrights across the world. It was he who popularised the genre of comedy, referred to as ‘comedy of humours’ in stage play. Alex Garland
Poets #116
Novelists #219
Playwrights #32
DID WE MISS SOMEONE?
CLICK HERE AND TELL US
WE'LL MAKE SURE
THEY'RE HERE A.S.A.P
Quick Facts

epitaphs: Underneath this sable herse, Lies the subject of all verse,—, Sydneye's sister, Pembroke's mother., Death, ere thou hast slaine another,, Faire and learn'd and good as she,, Tyme shall throw a dart at thee.

British People
Novelists
Playwrights
British Men
Male Poets
Childhood & Early Life
Ben Jonson was born in Westminster, London, England. His father was a clergyman, who died before he was born. His mother married again after two years.
He went to a school located in St. Martin's Lane for some time, after which his education was funded by a family friend and he thereby continued his studies at the Westminster School.
After he graduated from Westminster, he was forced to work under his step-father, who was a bricklayer. He later went to Netherlands, where he served as a soldier with the English regiment. 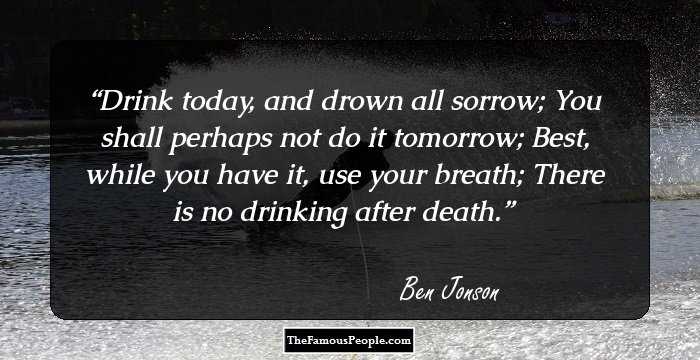 Quotes: You, Death
Continue Reading Below
You May Like

Who Is The Most Popular BTS Member?
Career
He co-wrote the play, ‘The Isle of Dogs', which was performed in 1597 at The Swan theatre in London. It is believed that due to satirical elements in the play, it was immediately supressed.
Performed around 1597, his play titled, ‘The Case is Altered’, was not printed for publication until a decade after. The following year, his play, ‘Every Man in His Humour' was published.
Performed in 1599, the satirical comedy play, ‘Every Man out of His Humour', was a sequel to his earlier play, ‘Every Man in His Humour'. His subsequent plays include, ‘Cynthia's Revels', ' The Poetaster' and 'Sejanus His Fall'.
In 1603, he wrote the masques for the ‘Stuart Court’ titled, ‘The Entertainment at Althorp', which is also referred to as ‘The Satyr'. This was one of his first works for the European royal house.
In 1604, his masque, ‘The Coronation Triumph’, a literary piece written for the coronation of King James I was performed. The same year, he also authored ‘A Private Entertainment of the King and Queen on May-Day’.
Performed and printed in 1605, his satirical comedy play, ‘Eastward Ho' was co-written with George Chapman and John Marston. The same year, his other comedy play, ‘Volpone' was performed.
From 1605 onwards, he wrote several works of entertainment for the royal European house. Some of which include, 'The Masque of Blackness', 'Hymenaei' 'The Masque of Beauty', 'The Masque of Queens' and 'The Hue and Cry After Cupid'.
In 1609, his comedy play, ‘Epicœne, or The Silent Woman' was performed. His subsequent plays include, 'The Alchemist', 'Catiline His Conspiracy', 'Bartholomew Fair' and 'The Devil is an Ass'.
In 1625, his play titled, ‘The Staple of News' was performed at the Blackfriars Theatre. This play was only published in later years and is regarded as one of his finest works.
Continue Reading Below
In 1633, 'A Tale of a Tub', a comedy play, was performed at the Cockpit theatre in London. This was one of the last of his plays that was performed during his lifetime. 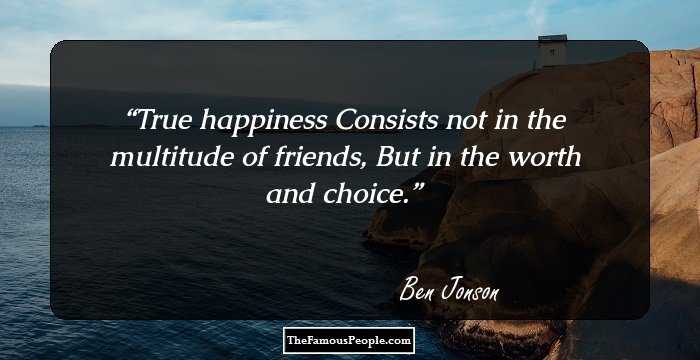 Major Works
His most popular play, ‘Volpone’ is one among his most performed plays. It has been adapted several times all over the world, including on Broadway. It has also been made into motion picture in several languages.
Personal Life & Legacy
In 1594, he married Ann Lewis. The couple lived together all through their life.
He and William Shakespeare shared a very close relationship. However, there are many legends about his rivalry to him.
In the 1620s his health began to decline which coincided with his dwindling career.
He died at the age of 65 in Westminster, London, England. He was laid to rest in Westminster Abbey.
In 2012, after many years of research the Cambridge University Press came out with an edition of his complete works spanning over a period of almost 60 years. 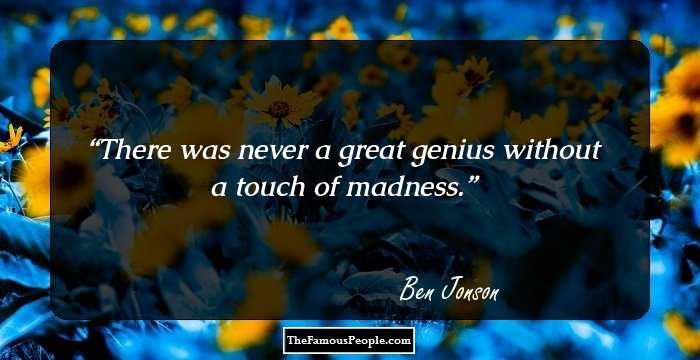 Quotes: Never
Trivia
This dramatist, poet and actor best known for his satirical, comedy plays, is considered second only to the world’s most legendary literary icon, William Shakespeare.
Recommended Lists:
Writers #257
You May Like

See the events in life of Ben Jonson in Chronological Order