Sir James Matthew Barrie was a Scottish novelist who is best remembered as the creator of the character Peter Pan. The son of Scottish weavers, he was one of the ten children born to his parents. His brother’s death in childhood left a deep impact on him and his mother, and both of them eventually found comfort in each other. At the age of eight, Barrie attended the Glasgow Academy and later studied at the Forfar Academy and Dumfries Academy. He then attended University of Edinburgh before settling in London as a freelance playwright in 1885. His first successful book titled ‘Auld Licht Idylls’ was published in 1888. Barrie married actress Mary Ansell in 1894. Their apparently unconsummated relationship ended in a divorce in 1909 after Ansell became involved with novelist Gilbert Cannan. While in London, the playwright met the Llewelyn Davies boys, grandsons of writer and caricaturist George du Maurier. The boys, who inspired Barrie to create his masterpiece ‘Peter Pan’, were later adopted by him after the death of their mother. Barrie died in 1937 at the age of 77. Andrew Lang
DID WE MISS SOMEONE?
CLICK HERE AND TELL US
WE'LL MAKE SURE
THEY'RE HERE A.S.A.P
Quick Facts 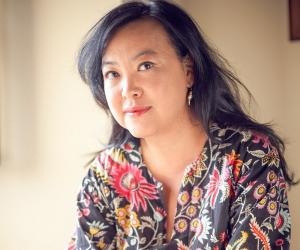