Peter Handke is a popular Austrian poet, novelist, translator, screenwriter, playwright and a film director. Before he was born, his mother married another man, who was an alcoholic and who assaulted Peter physically. Peter never met his real father until he was an adult. Following his high school graduation, Peter enrolled into the University of Graz, to study law. There, he became hugely fascinated with the idea of becoming a writer. Publishing first novel and play in the mid-1960s, he dropped out of the college and pursued a writing career. He has written famous novels such as ‘The Hornets’, ‘The Left-Handed Woman’, ‘A Sorrow Beyond Dreams’ and ‘Slow Homecoming’. He is also known for writing many avant-garde plays such as ‘Offending the Audience’ and ‘Kaspar’. He has also been involved with films, and has written screenplays for many critically acclaimed films, such as Wim Wenders’ ‘Wings of Desire’ and ‘The Left-Handed Woman’. He also served as a director on the latter film, and went on winning worldwide critical acclaim. He was awarded with a Nobel Prize in Literature in 2019, along with many other awards and honors. Peter Handke was born on December 6, 1942, in Griffen, Austria, during the peak of the Second World War, to Erich and Maria. Erich Schonemann, his biological father, worked as a bank clerk and as a German soldier during the war. Peter’s mother had separated from Erich before Peter was born and he was raised by his step-father named Bruno Handke, who was a tram conductor, and also a soldier.

Following the end of the war, Soviet Union occupied a large part of Berlin and Peter lived there with his family, in a place named Pankow. It was then that Maria went on having two more children with Bruno, and hence, Peter grew up with two step-siblings.

Sometime later, the family moved to Griffen, the hometown of Maria, where Peter Handke spent rest of his growing up years. He had a troubled childhood which was traumatized by his alcoholic step-father Bruno, who would physically assault Peter after getting drunk.

Peter turned out to be good in academics and attended a boarding school called Marianum boys’ boarding school at Tanzenberg Castle. By then, he had become very interested in the prospect of becoming a writer and had begun contributing to his school’s literary magazine called Fackel. In the late 1950s, he moved to Klagenfurt, from where he graduated high school.

He opted to go to a law school following his high school graduation in 1961, and enrolled into the University of Graz. He couldn’t concentrate on his academics and focused on writing most of the time, overtime successfully writing his first play, and publishing it in the mid-1960s. The avant-garde play was titled ‘Offending the Audience’ and was released in 1966 to critical acclaim.

He stopped focusing on his studies and dropped out of the law school in 1965 to become a full time writer.

While he was studying law, at the University of Graz, Peter Handke flourished as a writer. Several of his college-mates were aspiring writers and together, they began publishing a literary magazine called ‘manuskripte’. It was a magazine that talked about the local and international literary works. Peter wrote many articles and book reviews for the magazine.

By the year 1965, he had completed writing his debut novel, titled ‘The Hornets’. The novel was accepted for publication by a major German book publishing house despite the fact that Peter was just 23 years old then. The book was written in avant-garde style and gained international recognition, especially among the likeminded artists.

He was invited to a meeting of avant-garde artists in New Jersey, USA, in 1966. During the meet, he criticized the German literary scene and blamed it of suffering from ‘description impotence’.

It was also the same year when Peter’s debut play had premiered, titled ‘Offending the Audience’. The play had no narrative and it featured four actors on-stage that provoked a reaction from the audience by insulting them for attending the play. The play left a strong mark on the audience and the critics and Peter quickly became popular in the Austrian theatrical circuit.

Unlike many writers and novelists of his era, he refused to comment on his social and political positions through his works and marked the New Wave French literature movement to be his main influence.

Over the next few years, he wrote many avant-garde plays that did complete justice to his popular style of an incoherent narrative and highly unusual settings. One another of his popular plays from this early era was the play titled ‘Kaspar’, which depicted the life and emotions of Kaspar Hauser, a German young-man who had claimed that he grew up in complete isolation in a darkened cell. The play exhibited how Kaspar’s innocence and his own rational values were attempted to be violated by the society.

He further wrote popular plays such as ‘The Ride Across Lake Constance’ and ‘My Foot My Tutor’. However, he gained a widespread recognition owing to his novels, which were deeply personal accounts of people living in the very extreme state of minds.

In 1970, he published the novel titled ‘The Goalie’s Anxiety at the Penalty Kick’, which turned out to be among his most popular novels till date. It was a thriller story about a former footballer who commits a murder and the story centers around his state of mind as he waits for the police to come and arrest him.

In 1972, he wrote a novel titled ‘A Sorrow Beyond Dreams’, which was an account of his mother’s life, written after she committed suicide in 1971. It was an emotionally charged book that is still considered to be among his most famous works.

In 1976, Peter Handke further wrote another book, loosely based on his mother’s life, titled ‘The Left-Handed Woman’, which depicted the story of a troubled young mother who separates from her husband. He further wrote novels such as ‘Slow Homecoming’, ‘On a Dark Night I Left My Silent House’, ‘The Great Fall.’

Apart from writing novels and plays, he has also written essays, autobiographies, radio dramas and short stories. Most of what he wrote dealt with the extreme facets of human condition and how they affect a person’s day-to-day lives.

He has remarked on several occasions that cinema and painting has always been most inspirational art-forms for his works. He has worked with filmmaker Wim Wenders, most famously on the screenplay of Wim’s critically acclaimed classic film titled ‘Wings of Desire’. Apart from that, he has also adapted many of his own books and plays into screenplays for films and television.

In 1978, he wrote and directed the film titled ‘The Left-Handed Woman’, based on his novel of the same name. The film received a nomination for the Golden Palm Award at the Cannes Film Festival.

Peter Handke received a worldwide notice when he was awarded with the Nobel Prize in Literature in 2019. In addition, he has also received many more literary awards, such as the Franz Kafka Prize, International Ibsen Award and Georg Buchner prize.

He has also been a recipient of honorary degrees from the universities of Klagenfurt and Salzburg.

His Nobel Prize has been a source of controversy owing to his political views. People accused him of the denial of Bosnian genocide, among many more of his widely unpopular opinions.

Peter Handke married Libgart Schwarz in 1967, when he had just begun his literary career. The couple remained together for 27 years before they divorced in 1994. In 1995, Peter married actress Sophie Semin. He has two daughters, Amina and Leocadie Handke, one each from both his marriages.

Throughout his life, Peter Handke has lived in many cities, such as Berlin, Paris, Kronberg and Salzburg. Starting from 1990, he has been living in Chaville, a commune in France.

See the events in life of Peter Handke in Chronological Order 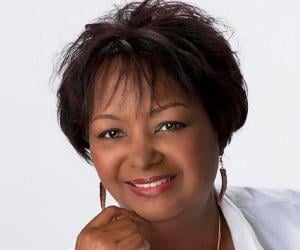