Emily Greene Balch was an American economist, sociologist and pacifist who dedicated her life to humanitarian causes. She was one of the central leaders of the Women's International League for Peace and Freedom (WILPF) based in Switzerland, for which she shared the Nobel Peace Prize in 1946 with John R. Mott. Born to well-educated Unitarian parents in Boston, she was raised in an intellectually stimulating environment. A good student, she studied economics at Bryn Mawr College and won the college’s first European Fellowship, proceeding to study economics in Paris under Émile Levasseur. She embarked on a highly successful academic career which she combined with her long-standing interest in social issues. She became a leader of the Women's Trade Union League and focused on issues related to immigration, juvenile delinquency and the economic roles of women. At the beginning of the World War I she moved into the peace movement and collaborated with fellow sociologist and pacifist Jane Addams of Chicago on several projects. Continuing with her commitment to humanitarian causes, she soon became an American leader of the international peace movement and played a central role in the International Congress of Women. She never married and dedicated her entire life to the causes she believed in.
Continue Reading Below 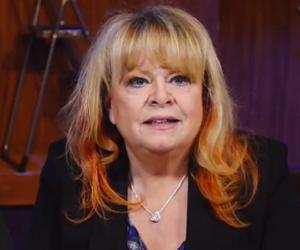 American Celebrities
Sociologists
Women's Rights Activists
Children's Rights Activists
American Women
Childhood & Early Life
Emily Greene Balch was born on January 8, 1867, in Boston, USA into a prosperous Unitarian family to Francis V. and Ellen (Noyes) Balch. Her father was a prominent lawyer, who had at one time served as secretary to United States Senator, Charles Sumner. She had five siblings.
Her parents instilled high moral standards in the children and ensured that they received good education. Emily attended Miss Catherine Ireland's School in Boston before joining the Bryn Mawr College to study economics, in 1886. She graduated with an A.B. degree, in 1889.
She won a European Fellowship awarded by Bryn Mawr and traveled to Paris to study economics under Émile Levasseur, in 1890–1891. She also did short courses at Harvard and the University of Chicago, and put in a full year of work in economics, in 1895–1896, in Berlin.
Continue Reading Below
You May Like

The Sexiest Men Of 2020, Ranked
Career
Emily Greene Balch joined Wellesley College as an assistant, teaching economics courses, in 1896. In no time she proved herself to be a very gifted and dedicated teacher and rose to the rank of professor of economics and sociology by 1913.
She had always been interested in social issues and during this period she also served as a member of two municipal boards (one on children and one on urban planning) and of two state commissions (one on industrial education, the other on immigration). In addition, she participated in movements pertaining to women’s suffrage, racial justice, and rights of immigrants. She published a major sociological study of ‘Our Slavic Fellow Citizens’ in 1910.
She had always been a pacifist at heart and when the World War I broke out in 1914, she ventured into political activism and became active in pacifism. She was a delegate to the International Congress of Women at The Hague in 1915 where she helped to found an organization called the Women's International Committee for Permanent Peace, later named the Women's International League for Peace and Freedom.
Independent minded and outspoken, she collaborated with other like-minded women like Jane Addams and Alice Hamilton to write ‘Women at The Hague: The International Congress of Women and Its Results’ (1915).
Because of her activism and radical behavior, Wellesley College terminated her contract in 1919. The same year, she attended the second convention of the International Congress of Women held in Zurich where she was elected secretary-treasurer of the newly-formed Women's International League for Peace and Freedom (WILPF).
Religion and spirituality played a major role in shaping her beliefs and she converted from Unitarianism to a Quaker, in 1921. The same year she also joined the London Society of Friends. During this time she suffered from some health issues which forced her to resign as secretary-treasurer of the WILPF. However, she would continue her involvement with the league in the coming years.
She was selected as a member of a WILPF committee appointed to investigate conditions in Haiti in 1926. She then travelled to Haiti and helped to write and edit the committee's report ‘Occupied Haiti’. President Herbert Hoover subsequently removed U.S. troops from Haiti on the basis of the commission's report.
Emily Greene Balch worked tirelessly throughout the 1930s to help the victims of Nazi persecution. In 1939 she published ‘Refugees as Assets’, urging the U.S. to admit refugees from Nazis. She also advocated support for Japanese-Americans held in U.S. detention camps following the attack on Pearl Harbor in 1941. She continued her involvement in humanitarian causes well into her seventies and refused to be held back by age or health issues.
Major Works
Emily Greene Balch is best remembered for her work with the Women's International League for Peace and Freedom (WILPF), a non-profit organization that aimed to unite women worldwide who oppose oppression and exploitation. She had once served as the organization’s secretary-treasurer and was later made its Honorary International President.
Awards & Achievements
In 1946, she shared the Nobel Peace Prize with John Raleigh Mott. She won the prize for her work with the Women's International League for Peace and Freedom (WILPF).
Personal Life & Legacy
Emily Greene Balch never married and dedicated her entire life to working for humanitarian causes.
She lived a long life and suffered from ill health during her later years. She entered Mr. Vernon Nursing Home in Cambridge, Massachusetts, in 1956 and died on January 9, 1961, at the age of 94.
Recommended Lists:
Women's Rights Activists #103
Activists #1212
Intellectuals & Academics #2600
You May Like