Esther Duflo is a French–American economist and academic, best known for winning the Nobel Prize for economics, along with her co-researchers, Abhijit Banerjee and Michael Kremer. Esther was born in Paris. After studying history and economics at the École Normale Supérieure, she completed her master’s degree from DELTA and her PhD from MIT. Abhijit was her joint thesis supervisor at MIT, and the two fell in love and got married in 2015. Esther and Abhijit continued their research on economics together and co-wrote the books Poor Economics and Good Economics for Hard Times. The duo, along with Michael Kremer, won the Nobel Prize for economics in 2019, for their revolutionary work on alleviating poverty through field experiments. Both Esther and Abhijit teach at MIT. The couple stays in Boston with their two children. Frédéric Passy
DID WE MISS SOMEONE?
CLICK HERE AND TELL US
WE'LL MAKE SURE
THEY'RE HERE A.S.A.P
Quick Facts

Esther Duflo was born on October 25, 1972, in Paris, France, to Michel and Violaine Duflo.

Her mother, Violaine was a pediatrician, and her father, Michel, was a professor of mathematics.

Duflo was initially educated at Lycée Henri-IV's Classes. She then joined École Normale Supérieure in Paris.

She initially studied history but later drifted toward politics. In 1993, she went to Moscow and spent 10 months there, teaching French and working on a history thesis on the Soviet Union’s political propaganda.

The following year, she obtained a master’s degree in economics from DELTA, which is now known as the Paris School of Economics, after its merger with various economics research institutes, such as the School for Advanced Studies in the Social Sciences of the Université Paris Sciences et Lettres.

In 1999, she completed her PhD in economics from the Massachusetts Institute of Technology (MIT), where she was jointly supervised by Abhijit Banerjee and Joshua Angrist.

Esther’s PhD thesis included an experiment on an Indonesian school-expansion program of the 1970s. Her research proved that in developing countries, education was directly proportional to wages.

Following her PhD, Esther Duflo started teaching at MIT as an assistant professor of economics. She continues to teach at MIT and was promoted to associate professor in 2002 and to full professor in 2003. In 2005, she became the Abdul Latif Jameel Professor of Poverty Alleviation and Development Economics at the institute.

Esther is a research associate for the National Bureau of Economic Research (NBER) and serves on the board of the Bureau for Research and Economic Analysis of Development (BREAD).

She is the director of the development economics program of the Centre for Economic Policy Research. She mostly studies various microeconomic issues in developing countries, such as household behavior, education, health, and finance. Along with Abhijit Banerjee, Michael Kremer, Dean Karlan, John A. List, and Sendhil Mullainathan, she worked toward implementing field experiments as a significant methodology to find out causal relationships in economics.

In 2003, Esther co-founded the Poverty Action Lab at MIT. The lab conducts experiments and provides training to development practitioners. The lab has branches at the Paris School of Economics and in Chennai, India.

In 2006, along with a few colleagues, Esther conducted an experiment in India that proved taped speeches by women were more likely to be accepted in villages with women leaders. She believed that communities with strong women leaders had a better chance at being economically progressive.

She was part of the new Global Development Committee in 2013, which advised the then-president, Barack Obama, on development policies in poor countries.

Esther is part of the editorial committee of the Annual Review of Economics. She is also part of the International Growth Centre’s Human Capital Research Programme.

She also contributes to a monthly column for the French daily Libération. In 2010, Esther was the chief speaker at the first Bocconi Lecture of Bocconi University.

Additionally, she has written countless research papers that have mostly been published in the top five global journals on economics.

In 2019, Esther Duflo, along with her co-researchers Abhijit Banerjee and Michael Kremer, won the Nobel Prize in Economics (also known as the Sveriges Riksbank Prize in Economic Sciences), for their experiments to eradicate poverty.

Back then, Esther was 46 and thus became the youngest person and the second woman to win the prize (after Elinor Ostrom, who had achieved the feat in 2009).

Esther, Abhijit, and Michael focused on specific issues that lead to poverty and located various solutions to alleviate poverty through field experiments. Most of their experiments were conducted in low- and middle-income countries such as India, for over 20 years. Their fieldwork led them to suggest achievable public policies.

However, prior to this, Esther had already won countless awards and honors. Some of them are the Frontier of Knowledge award (2008), the Elaine Bennett Research Prize from the American Economic Association (2002), the Best Young French Economist award from the Cercle des économistes (2005), the first Calvó-Armengol International Prize (2010), the Infosys Prize in Social Science-Economics (2014), the Princess of Asturias Social Sciences award in Spain (2015), and the A.SK Social Sciences Award from the WZB Berlin Social Science Center (2015).

American magazine Foreign Policy included Esther on their list of the top 100 public intellectuals of the world in 2008, 2010, and 2012.

In 2009, Esther Duflo became a MacArthur Foundation Fellow. She has been a fellow of the American Academy of Arts and Sciences since 2009.

The same year, she won the John Bates Clark Medal (awarded to economists under 40). Fortune magazine included her on their list of 40 Under 40 that year.

The Economist declared her one of the top eight young economists of the world. In April 2011, Time magazine named her on their list of the 100 most influential people in the world.

In 2012, Esther Duflo and Abhijit jointly won the Gerald Loeb Award for their book Poor Economics.

In November 2013, Esther became an Officer of the French Order of Merit. In December that year, she won the John von Neumann Award from the Rajk László College for Advanced Studies.

Esther has also been awarded honorary doctorates by the Université catholique de Louvain (2010) and the Erasmus University Rotterdam (2019).

The two had met at MIT, and Abhijit was Esther’s joint thesis supervisor during her PhD at the institute.

Abhijit was previously married to Arundhati Tuli Banerjee and had a son with her, who later died in an accident. They divorced in 2014.

Esther has two children with Abhijit, named Noémie and Milan. They family stays in Boston.

While both Esther and Abhijit love reading, they also devote their leisure time to outdoor activities, such as hiking up mountains. Apparently, Abhijit does most of the cooking at home, while she takes care of their children. One of Esther’s favorite delicacies is the Bengali preparation of Hilsa fish.

See the events in life of Esther Duflo in Chronological Order 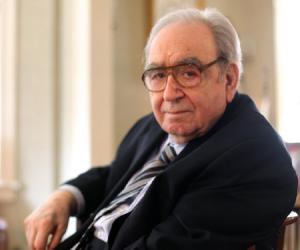