Advanced Search
Marie-Anne Charlotte de Corday d'Armont, better known as Charlotte Corday, was a French moderate who was active during the French Revolution. After she assassinated Jacobin leader Jean-Paul Marat, she was apprehended and executed by guillotine. Originally from Normandy, Corday lost her mother when she was quite young. She subsequently grew up in the Abbaye aux Dames convent in Caen. As the revolution became more radicalised and acts of terror started to occur more frequently, Corday was drawn towards the Girondins. She was inspired by their speeches and became close to various Girondist groups that she came across while residing in Caen. The Girondins believed in a moderate path to the revolution and were worried, along with Corday, about the trajectory on which the revolution was heading. Her vehement opposition towards the radicals and the instigators of the Reign of Terror eventually led her to the decision of going forward with the assassination of Marat, a highly influential politician and journalist who played a significant role in the radicalization of the revolution. Corday was 24 years old when she was executed. In 1847, author Alphonse de Lamartine bestowed upon her a posthumous nickname, l'ange de l'assassinat (the Angel of Assassination). Tantia Tope
27th July In History
DID WE MISS SOMEONE?
CLICK HERE AND TELL US
WE'LL MAKE SURE
THEY'RE HERE A.S.A.P
Quick Facts 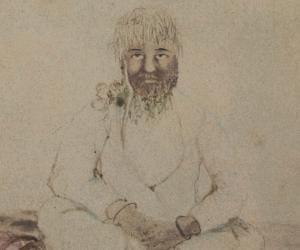 See the events in life of Charlotte Corday in Chronological Order