David Ben-Gurion was a prominent personality in the history of Israel who delivered the country’s declaration of independence and was also the Executive head of the famous, World Zionist Organization. One whose legacy has been recorded in history books and countless national publications, Gurion, was revered as the ‘Father of the Nation’. His charismatic personality won him the adulation of the masses and he became the most influential leader of the Jewish community in Palestine. As the prime minister, he helped build various institutions in the state and launched projects that helped in the overall development and growth of the nation. Under his leadership as Minister of Defense, Israel witnessed many successes, one of the highlights of his long and effective career being, the invasion of Egypt in the ‘Sinai’ region. Following his retirement and towards the end of his life, he stayed in the Negev desert, before he left for his heavenly abode. Named amongst the ‘100 Most Important People of the 20th Century’ by the ‘Times Magazine’, he united many Jewish militias and was largely, the frontrunner in leading the Palestinian state to its liberation. He supported the establishment of relations with West Germany, which was met with force opposition. However, his determination and his level-headedness, urged him to move on with establishing a bond; and so he did. This international personality was known for his military leadership and his alluring personality. 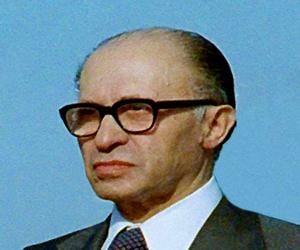