Alan Garcia Perez is a former president of Peru and leader of the Peruvian Aprista Party. He was president of Peru for two terms – from 1985 to 1990 and from 2006 to 2001. He is one of the world’s youngest political leaders to become president of a country at the age of 36. During his initial days, Garcia was also hailed by many as ‘The John F Kennedy of Peru’. His first term as the president was marked by violence, economic crisis and social upheavals. Apart from economic crisis, his first term was marked by violation of human rights on several occasions. Immensely talented and charismatic orator, Perez got elected as president for a second term in 2006. Unlike his the term, first second term proved a good one for Peruvian economy as the country averaged 7 per cent GDP growth/year. Peruvian Celebrities
Peruvian Men
Male Leaders
Gemini Leaders
Peruvian Leaders
Childhood & Early Life
Perez was born on May 23, 1949 at Lima city in Peru to middle class parents. He was originally named Alan Gabriel Ludwig Garcia Perez. Both his parents were members of the rebel group ‘American and popular revolutionary alliance’, also known as ‘APRA’. His father was the secretary of this outfit.
As a student, Garcia was completely devoted to academics. He joined the Pontifical Catholic University, located at Lima to pursue his studies in law. Alan graduated from the ‘Main National University of San Marcos of Lima’, in 1971.
The young Perez moved to cities like Paris and Madrid to study further. He returned to Peru, his motherland soon later. Perez followed the footsteps of his father, and in 1971, he joined the revolutionary party ‘APRA’.
Continue Reading Below
You May Like

Famous Beautiful Women With Green Eyes
Career
Within a span of four years, Perez created waves in the party circles with his leadership skills. He was soon elected as the member of the Peruvian Congress.
In 1985, Perez contested for the presidential elections. Though he failed to attain the majority, he was still crowned the President, since leader Alfonso Barrantes of the ‘United Left Party’, who was also in the race, expressed his disinterest in the post. It was a historic event for his party. Not only did the revolutionary group come to power for the first time, but its presidential candidate became the youngest man to be crowned the leader.
However, Perez’s administration faced sharp criticism from the Peruvian public. Perez’s decision to nationalize the banks and prohibition of foreign debt payments led to the destabilization of the nation’s economy.
Another drawback of Perez’s administration was the increase in poverty. According to surveys conducted by organizations such as ‘United Nations’ and ‘National Institute of Statistics and Informatics’, the percentage of population which lived in poverty rose from 41 to approximately 55%.
The ugly state of affairs in Peru paved way for social tensions in the nation. The ‘Communist Party of Peru’ created a ruckus in various places of Peru, especially Lima. They vandalized electrical towers in different parts of Lima which led to many blackouts.
Garcia had to step down from power in 1990. He was replaced by Alberto Fujimori.
The Fujimori government accused Perez of several crimes during the latter’s tenure as the president, and planned a coup against him in 1992. This forced Perez to leave the country and sought refuge in countries like Columbia and France.
After staying away from Peru for almost 8 years, Garcia returned in 2001 after the Fujimori government perished. His lawyer and confidante Jorge Del Castillo helped Perez in returning to the country.
Post his return, Perez tried his luck again with the presidential elections. He appealed to the public that he was a changed person, who had learnt from his past mistakes and should be given a second chance. Other than convincing the public, tackling political rivals like Fernando Olivera was the other big challenge which he faced during this period.
Continue Reading Below
Perez managed to gain approximately 25% of the votes in the 2006 Presidential elections. The only other candidate who managed to gain a significant margin was Ollanta Humala. A run-off election between the two candidates was held, in which Perez emerged victorious. Perez had won the hearts of 53% of the voters in this second competition.
Perez lost his presidential power in early 2007. The reason was his appeal to the Peruvian congress that the members of the rebel group ‘Shining Path’, needed to be executed for carrying out internal conflicts in Peru. However, his request was turned down by the Congress.
Major Works
Though Perez’s first term as president was widely criticized, he introduced some positive changes in the country’s governance during his second term. The most important one was the attempt to maintain cordial relations between Peru and Chile. The friction between the two nations had worsened during Perez’s predecessor Fujimori’s tenure. The relationship became quite stable after Perez took over.
Perez was quite persistent that rapists should receive capital punishment, and proposed a law in support of this. He was praised for this thought which he had expressed even while campaigning for the post of the president.
Perez has also penned a dozen books based on the experiences of his political life. Notable among these were ‘El Futuro Diferente’, ‘El Nuevo Totalitarismo’, and ‘La Falsa Modernidad’.
Awards & Achievements
’The Americas Society’ had hosted a dinner in the honour of Alan Garcia Perez in 2010, for winning the ‘Gold Insigne’ award, a prize given away to Latin American leaders.
Personal Life & Legacy
Alan Garcia got married to Pilar Nores, an economist of Argentinian descent, in 1978. They met each other at a seminar held in Madrid, two years before they decided to tie the knot. The couple have four children, three daughters and a son named Josefina, Gabriela del Pilar, Luciana Victoria, and Alan Raúl Simón respectively. The couple divorced in 2010.
Alan Garcia later married well-known actress Carla Buscaglia.
Trivia
Though Garcia managed to earn the reputation of a good leader in his second term, the ‘Peruvian Oil Scandal’ and the ‘Political Crisis’ during the 2008-08 period, damaged his public image further.
You May Like

See the events in life of Alan Perez in Chronological Order 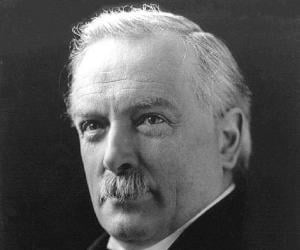