Ollanta Humala is the President of Peru since 2011. The son of a Communist activist, he is a former army officer. As a member of Peru's armed fighting force, he took part in opposing the Communist Party of Peru during the nation's civil war and also fought against Ecuador in the Cenepa War. He later led an uprising against the then Peruvian president Alberto Fujimori in protest of his numerous corruption scandals. After Fujimori was impeached, Congress pardoned Humala for his actions and he was allowed to resume his military career. He completed a Master's degree in Political Science and then retired from the military. In 2005, he founded the Peruvian Nationalist Party and registered to contest the 2006 presidential election. He lost to Alan Garcia of the Peruvian Aprista Party in the runoff. As a Latin American nationalist, he has focused on uniting Peru's many ethnic groups and growing the country's economy by looking to neighboring countries rather than depending on the United States and Europe. He aims to create programs that will empower the impoverished citizens of Peru, produce new jobs and enhance quality of life 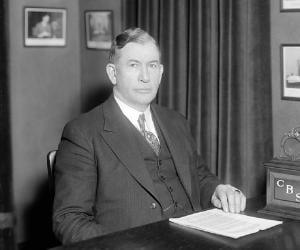 Peruvian People
Peruvian Men
Male Leaders
Cancer Leaders
Peruvian Leaders
Childhood & Early Life
Ollanta Moisés Humala Tasso was born on June 27, 1962 in Lima, Peru, to Isaac Humala, a lawyer and former leader of the communist party, and Elena Heredia, a descendant of Italian immigrants.
He and several of his siblings including Antauro, Pachacutec, Kusi and Ima, were named after characters in the classic Quechuan drama Apu Ollantay, written in the 1700s by an unknown author.
Raised in a middle class family, he attended the Franco-Peruano school and the Colegio Copperativo La Union.
Continue Reading Below
You May Like

The Most Popular US Veterans
Career
In 1982, he began training at the Colonel Francisco Chorrillos Military Academy where he trained as a paratrooper.
He conducted a workshop on jungle fighting techniques in 1983.
Promoted to the rank of captain in January 1992, he took command of a regiment in an offensive against the Communist Party of Peru guerillas, better known as the Shining Path.
He engaged in a conflict against Ecuador during the Cenepa War of 1995, a short battle over control of territory on the northwestern edge of Peru.
In 2000, Humala was given command of Artillery Group Number 501 and was promoted to Lieutenant Colonel.
Along with his brother, Antauro, he led a rebellion against corrupt president Alberto Fujimori. After Fujimori fled the country and resigned, Humala surrendered and congress granted him amnesty and he resumed his duty in the army.
He served in the Ministry of Defense as executive director of the Directorate General for Mobilization.
He obtained a Masters degree in Political Science from the Pontifical Catholic University of Peru in 2002.
He attended the Sorbonne for a doctoral course in International Law offered by the Institute of Latin American Studies.
The then government of Peru did not approve of Humala's coup and forced him into retirement in 2004.
He entered politics in 2005 and founded the Peruvian Nationalist Party. As the party's presidential candidate for 2006, Humala was ahead in the polls until accusations of human rights violations committed during the Shining Path conflict surfaced.
He, however, won his 2011 bid for the Peruvian presidency with 51.5% of the vote and was sworn in on July 28, 2011.
Awards & Achievements
In 2001, he was awarded the Peruvian Cross of Military Merit for his role in the coup against Alberto Fujimori.
Personal Life & Legacy
In 1999, he married Nadine Heredia Alarcon with whom he has three children - two daughters, Illariy and Nayra and a son, Samin.
Trivia
He served his nation's military for 42 years before being forced into retirement.
His brother is serving a 25 year prison sentence for kidnapping 17 police officers.
His brother Ulises ran against him in his 2006 campaign for presidency, but both brothers lost
You May Like

See the events in life of Ollanta Humala in Chronological Order 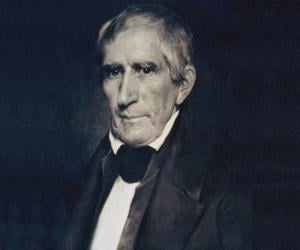