Yitzhak Rabin was an Israeli politician who served as the fifth prime minister of Israel; he was in office for two terms, 1974-77 and 1992-95. Rabin was a military man for several years before joining politics. He joined the Palmach, the commando force of the Yishuv, as a teenager and rose through the ranks in the coming years. He led the Israeli Defence Forces’ Operations Directorate and was the chief of staff of Israel’s armed forces during the Six-Day War in 1967. After he retired from military service, he was made Israel's ambassador to the United States. Eventually, he was appointed the Prime minister of Israel. Years after his first term ended, he was once again appointed to the same position. He played a major role in leading Israel toward peace with its Palestinian and Arab neighbors. He was awarded the Nobel Peace Prize together with fellow Israeli politician, Shimon Peres, and Palestinian leader, Yasser Arafat, in 1994. One of his detractors, Yigal Amir, a right-wing extremist, assassinated Yitzak Rabin in 1995, sending the world into a state of shock. Rabin became the only prime minister of Israel to be assassinated. He was married to a German-born woman named Leah Schlossberg and had two children. Josiah Bartlett
DID WE MISS SOMEONE?
CLICK HERE AND TELL US
WE'LL MAKE SURE
THEY'RE HERE A.S.A.P
Quick Facts

Yitzhak Rabin was born in Jerusalem, Mandatory Palestine, on 1 March 1922, to Rosa and Nehemiah Rabin. Both his parents hailed from the third wave of Jewish immigration to Palestine from Europe and had met during the 1920 Nebi Musa riots.

His mother, an educated woman for her era, was an accountant and local activist, while his father worked for the Palestine Electric Corporation.

Yitzhak Rabin joined the Tel Aviv Beit Hinuch Leyaldei Ovdim in 1928 and graduated in 1935. He was an intelligent boy who was shy and studious. In 1935, he joined an agricultural school on Kibbutz Givat Hashlosha.

As a 14-year-old, he joined the Haganah, the main Zionist paramilitary organization of the Jewish population. There, he received his first military training and learned how to use a pistol and stand guard.

He joined the two-year Kadoorie Agricultural High School in 1937 and excelled in agriculture-related subjects. He initially aspired to become an irrigation engineer but as the ongoing Arab revolt worsened, he found himself more drawn to military affairs. He completed his studies in 1940.

Yitzhak Rabin joined the Palmach, a newly formed section of the Haganah, in 1941. Not even 20 years of age as yet, he couldn’t operate a machine gun or drive a car but was still accepted as a new recruit. He was trained under Yigal Allon.

As a young member of the Palmach, Rabin had to lie low for months to avoid attracting attention from the British administration. He spent a lot of time farming and attended training in secrecy.

He was given the command of a platoon at Kfar Giladi in 1943. A brilliant young man, he gave training to others in modern warfare tactics and lightning attacks. He steadily rose through the ranks and was made the chief operations officer of the Palmach in 1947.

In 1948, he joined the newly formed Israel Defense Forces (IDF) and directed Israeli operations in Jerusalem during the Arab-Israeli War. He was the commander of the troops that recaptured kibbutz Ramat Rachel, thereby securing the southern side of the city.

In the ensuing months, he served as the deputy commander of Operation Danny, a large-scale operation that involved four IDF brigades. As part of this operation, the towns of Ramle and Lydda were captured.

As a member of the Israeli delegation to the armistice talks with Egypt that were held on the island of Rhodes in 1949, he played a key role in the negotiations leading to the 1949 Armistice Agreements. These agreements formally ended the war.

From 1956 to 1959, Yitzhak Rabin headed Israel's Northern Command. He became the chief of staff of the Israel Defense Forces (IDF) in 1964. He led the IDF to victory over Egypt, Syria and Jordan in the Six-Day War in 1967. He retired from military service in January 1968.

Yitzhak Rabin was appointed an ambassador to the United States shortly after his retirement from the military in 1968. In this position, he helped consolidate the relationship between the two countries.

In 1973, he was elected as a member of the Knesset. The following year, he was made the Israeli Minister of Labour.

The then Prime minister, Golda Meir, resigned in April 1974 and Rabin was made the party leader. He took office as the prime minister of Israel on 3 June 1974, leading a coalition government.

As the prime minister, he emphasized reinforcing the IDF and strengthening the economy. The Sinai Interim Agreement between Israel and Egypt was signed during his tenure in September 1975. The agreement is considered an important step towards the peace treaty with Egypt that would be signed in 1979.

Yitzhak Rabin relinquished his position as the prime minister in 1977 in the wake of a financial scandal. However, he continued to be active in Israeli politics and served as the Minister of defense for several years in the 1980s.

He was elected chairman of the Labor Party in its first nationwide primaries conducted in February 1992, winning against Shimon Peres. He proceeded to lead the party to victory in the Knesset elections in June 1992.

On 13 July 1992, he took office as the prime minister of Israel once again and formed the country’s first Labor-led government in 15 years in coalition with a left-wing party, Meretz, and a Mizrahi ultra-orthodox religious party, Shas.

He continued to work on strengthening Israel’s military and economy. He was a key player in the signing of the Oslo Accords in 1993. Many Israeli citizens were opposed to the accords and numerous protest demonstrations were held in the ensuing months by right-wing extremists.

Yitzhak Rabin was a principal participant in the Oslo peace process that eventually culminated in the signing of the Oslo Accords that created the Palestinian National Authority. He received the Nobel Peace Prize together with Shimon Peres and Palestinian leader Yasser Arafat for his role in the creation of the Oslo Accords.

As a young man, Yitzhak Rabin fell in love with a German-born woman named Leah Schlossberg. They got married in 1948, the year Israel gained independence. They had two children, Dalia and Yuval. Dalia grew up to become a politician like her father.

Yitzhak Rabin attended a mass peace rally in Tel Aviv on 4 November 1995. As he walked towards his car after the rally ended, Yigal Amir, a right-wing extremist who opposed the signing of the Oslo Accords, fired three shots at him from a semi-automatic pistol. Two of the bullets hit Rabin, and he was rushed to a hospital where he died.

Amir was immediately captured by the police. He was later tried and sentenced to life imprisonment.

The Israeli public was shell-shocked by the news of his assassination. His funeral was attended by numerous world leaders. The spot where he was assassinated was renamed Rabin Square in his honor.

See the events in life of Yitzhak Rabin in Chronological Order 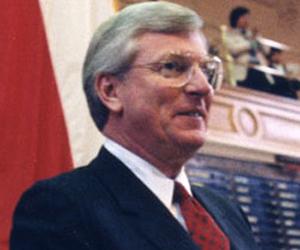 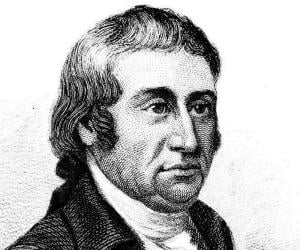 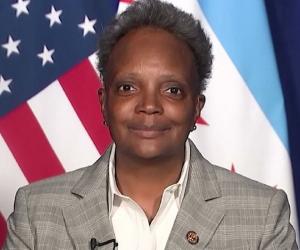