(Canadian Politician and Leader of the New Democratic Party)

Advanced Search
Jagmeet Singh is a Canadian lawyer and politician who became the leader of the New Democratic Party in October 2017 and has been serving as the Member of Parliament for the riding of Burnaby South since February 2019. Previously, he served for six years as the Member of Provincial Parliament for Bramalea—Gore—Malton in the Legislative Assembly of Ontario. He has also been active in provincial politics outside of Ontario and has campaigned for New Democratic Party members Irfan Sabir and Wab Kinew, as well as for the BC NDP and Nova Scotia NDP. He was the first turban-wearing MPP, and upon his election as the NDP leader, became the first person of a visible minority group to lead a major Canadian federal political party. A progressive and social democrat, he supports progressive tax system, $15/hour minimum wage, social equality, LGBTQ rights, decriminalizing possession of all drugs, and wants to reduce carbon emissions levels of Canada. Michaëlle Jean
DID WE MISS SOMEONE?
CLICK HERE AND TELL US
WE'LL MAKE SURE
THEY'RE HERE A.S.A.P
Quick Facts

Canadian People
Canadian Men
Male Leaders
Male Lawyers
Capricorn Leaders
Childhood & Early Life
Jagmeet Singh Jimmy Dhaliwal was born on January 2, 1979 in Scarborough, Ontario, Canada to Harmeet Kaur and Jagtaran Singh, who are originally from Punjab, India. He has a younger brother named Gurratan, who is also a lawyer and politician, and a sister named Manjot.
He lived for a year in India with his grandparents as an infant, and later spent years in Newfoundland and Labrador, before relocating with his family to Windsor, Ontario. He graduated from the Detroit Country Day School in Beverly Hills, Michigan in 1997, following which he earned a B.Sc. degree in biology from the University of Western Ontario in 2001.
He attended York University's Osgoode Hall Law School from where he obtained his Bachelor of Laws degree in 2005. The following year, he was called to the Bar of the Law Society of Upper Canada.
He began his career as a criminal defense lawyer at the law firm Pinkofskys in the Greater Toronto Area, and later, along with his brother Gurratan, established Singh Law. As a lawyer, he offered free legal rights seminars and provided pro bono legal counsel.
Continue Reading Below
Political Career
Jagmeet Singh decided to launch his political career after failing to draw the attention of the officials while protesting the visit of Indian trade minister Kamal Nath, who had allegedly persecuted Sikhs, to Canada.
Running for Member of Parliament in the 2011 federal election as the NDP candidate in the riding of Bramalea—Gore—Malton, he finished ahead of his Liberal competitor despite marginal loss to Conservative candidate.
In the 2011 Ontario provincial election, he defeated Liberal incumbent Kuldip Kular as the NDP candidate in the overlapping provincial riding and became the first Ontario NDP MPP to represent the Peel Region.
As the NDP critic for the Attorney General of Ontario and the Consumer Services, his March 2013 motion calling on the Liberal government to reduce auto insurance premiums by 15% was accepted by the legislature.
His motion to have the month of April recognized as Sikh Heritage Month in the province of Ontario was accepted by the legislature in December 2013. He voted against the 'Fighting Fraud and Reducing Automobile Rates Act' in November 2014, arguing that it would significantly reduce the rights of drivers.
Calling for greater police accountability, he advocated for new legislation to be drafted to strengthen Ontario's Special Investigations Unit (SIU). In October 2015, the legislature unanimously passed his motion to end arbitrary street checks by police services in Ontario.
On May 15, 2017, he announced his intention to run for the leadership of his party at a campaign launch in Brampton, and won the 2017 New Democratic Party leadership election on October 1, 2017. Incidentally, a video of the way he handled a heckler accusing him of plotting to subject Canada to sharia law contributed considerably to his first ballot win with 53.8 per cent of the vote.
He had initially opted out of the tradition of entering the House of Commons by winning a by-election in a 'safe seat' and had announced his intention to run in Brampton East. However, he eventually ran in a by-election to replace Kennedy Stewart as the Member of Parliament for Burnaby South and won with 38.9 per cent of the vote on February 25, 2019.
Family & Personal Life
On February 22, 2018, Jagmeet Singh married fashion designer and international humanitarian worker Gurkiran Kaur Sidhu, who is the co-founder of 'new-age' Punjabi clothing line 'jangiiro'.
Trivia
Jagmeet Singh's grandfather Sewa Singh Thikriwala was a freedom fighter who fought against British occupation in India.

See the events in life of Jagmeet Singh in Chronological Order 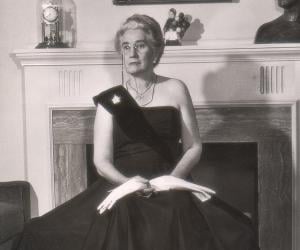