(Member of House of Lords of the United Kingdom)

Frank Zacharias Robin Goldsmith is a British politician, journalist and Member of the House of Lords Lord Temporal presently serving as Minister of State for Pacific and the Environment. Son of business tycoon and politician Sir James Goldsmith, Frank worked as editor of ‘The Ecologist’ and joined the Conservative Party in 2005. Reputed for supporting environmentalism, localism and Brexit, Frank got elected to Parliament during the 2010 general election and served as MP for Richmond Park. He staunchly opposed construction of a third runway at Heathrow Airport during his unsuccessful run for the 2016 London mayoral election and resigned as an MP after the government approved proposed expansion of Heathrow Airport. He ran and lost the by-election in Richmond Park constituency as an independent candidate and later regained the constituency as a Conservative candidate during the 2017 general election. He became Parliamentary Under-Secretary of State for Environment and International Development in July 2019 and Minister of State with the right to attend Cabinet in September that year. He lost the 2019 general election but was permitted to retain his ministerial position after being awarded a life peerage thus becoming a Member of the House of Lords. He was also made Minister of State for Foreign Affairs in February 2020. Naga Munchetty
DID WE MISS SOMEONE?
CLICK HERE AND TELL US
WE'LL MAKE SURE
THEY'RE HERE A.S.A.P
Quick Facts

Frank Zacharias Robin Goldsmith was born on January 20, 1975, in Chelsea, London, England, as the middle child of billionaire businessman and financier Sir James Goldsmith and his third wife, the Anglo-Irish aristocrat, Lady Annabel Vane-Tempest-Stewart. Frank hails from the noted Goldsmith family, of German Jewish and French descent, reputed for their success in banking. Both his grandfathers, Frank Goldsmith and Viscount Castlereagh served as Conservative MPs.

Zac Goldsmith and his siblings, Jemima and Ben, grew up at the Ormeley Lodge in Ham. He has five paternal half-siblings and three maternal half-siblings. During childhood, Frank developed keen interest in reading works of Gerald Durrell and watching wildlife programmes of David Attenborough. Such pursuits paved way for a lifelong interest and commitment towards ecological and environmental conservation.

He attended King's House School in Richmond, The Mall School in Twickenham, Hawtreys School near Great Bedwyn in Wiltshire, and lastly the Eton College in Berkshire. He was expelled from the latter after drugs were discovered from his room. He obtained four A-Levels at Cambridge Centre for Sixth-Form Studies.

Thanks to his uncle, Edward, Zac Goldsmith travelled across the globe with the International Honours Programme. He stayed in California for a couple of years where from 1995 to 1996, he worked for the think tank ‘Redefining Progress’ and from 1996 to 1998 he served as a researcher at the International Society for Ecology and Culture (ISEC). During his tenure at ISEC, he went to India and stayed in an ashram in Rajasthan for some time. Thereafter he spent six months in Ladakh and studied traditional cultures and helped in running a tourist education programme.

Continue Reading Below
Career & Other Endeavours

Edward, the founding editor, owner and publisher of ‘The Ecologist’, inducted Frank as its Reviews Editor in 1997. Frank became Editor-in-Chief and Director of the magazine in 1998 and re-launched it in a new format on March 28, 2000, shifting from its academic journal-style to a more current affairs magazine format, thus augmenting its diversified readership and trebling its circulation. He retained the position till 2007.

He also contributed in several UK newspapers like ‘The Telegraph’, ‘Observer’, ‘London Evening Standard’, and ‘Daily Mail’; and in magazines like ‘New Statesman’ and ‘Quintessentially Magazine’. Known for his support for environmentalism, Frank speaks and writes on such causes in the UK. He had non-domiciled status before becoming an MP.

Frank defeated incumbent Liberal Democrat MP Susan Kramer during the 2010 general election and assumed office as MP for Richmond Park on May 6, 2010. Reputed as a Eurosceptic and an advocate of Brexit, Frank announced his support for Brexit for the first time in 2013 and consistently voted for withdrawal of the UK from the European Union in Parliament.

Zac Goldsmith retained his Richmond seat during the 2015 general election. He voted favouring plans of the government to increase aerial bombing of Islamic State targets in December 2015. He remained a member of the Environmental Audit Committee for almost a decade and has been advocating for greater direct democracy. He also championed the rights of voters to recall their MPs.

Frank was selected as the Conservative candidate during the 2016 London mayoral election. While campaigning for the election, Frank repeatedly voiced against the suggested expansion of Heathrow Airport and asserted that if the Cameron government does not reject such expansion, then he would resign as an MP thus triggering a by-election. He founded and co-chaired the All Party Group on Heathrow expansion as also the All Party Group on Female Genital Mutilation. The Mayoral election of London was held on May 5, 2016, where Frank lost to Labour candidate Sadiq Khan.

He announced his resignation as an MP on October 25, 2016, after the government decided to approve construction of a third runway at Heathrow Airport. In the subsequent by-election in his seat of the Richmond Park constituency, Frank ran as an independent candidate and lost to Sarah Olney of the Liberal Democrats.

Zac Goldsmith was re-selected as the Conservative Party candidate for Richmond Park in April 2017 after Theresa May called the 2017 general election. He won back the constituency with a majority of just 45 votes.

Boris Johnson was elected as Conservative Party leader and Prime Minister of the United Kingdom in July 2019 and on 27th of the same month Frank was inducted as Parliamentary Under-Secretary of State at the Department for International Development and the Department for Environment, Food and Rural Affairs. He was later promoted as Minister of State with the right to attend Cabinet on September 10 that year by Johnson following which Frank was sworn in as a Privy Council member and bestowed with the honorific title "The Right Honourable" for life.

Zac Goldsmith lost his Richmond seat to Onlay during the 2019 general election, however he was allowed to retain his ministerial position after Johnson awarded him a life peerage making him a member of the House of Lords. He was made Baron Goldsmith of Richmond Park, of Richmond Park in the London Borough of Richmond upon Thames on January 7, 2020. Frank was also made Minister of State for Foreign Affairs with responsibility for the Pacific on February 13 that year.

He raises considerable funds for different conservation and environmental campaigns. He funded for the Organic Targets Bill Campaign, serves as a member of the advisory board of the JMG Foundation; and is counted as a longstanding donor to the Soil Association and a Patron of the Mihai Eminescu Trust. He is one of the four Ambassadors of the Council of Trustees of the National Gardens Scheme.

He is presently a Patron of the Westminster Italian Conservatives and a co-chair of the Conservative Friends of India.

His support, dedication and contributions for environmentalism led him to receive the Beacon Prize as Young Philanthropist of the Year in 2003, and the Global Green Award for International Environmental Leadership in 2004 from Green Cross International founded by Mikhail Gorbachev.

Frank was married to British environmentalist, jeweller and columnist Sheherazade Ventura-Bentley from 1999 to 2010. Their three children includes daughters Uma Romaine and Thyra, and son James.

He married banking heiress Alice Rothschild on March 14, 2013, at London Wetland Centre in his constituency. Their three children Dolly, Max and Edie were born in July 2013, January 2016 and April 2017 respectively.

He enjoys gambling, plays backgammon and poker and also has interest in sports like cricket.

See the events in life of Zac Goldsmith in Chronological Order 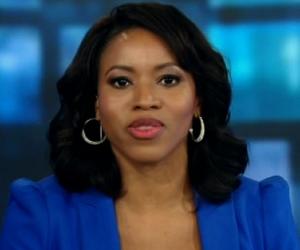 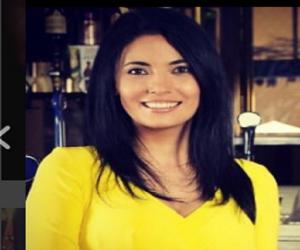