Stanley B. Prusiner is an American neurologist and biochemist who won the Nobel Prize in Physiology or Medicine in 1997 for his prion research. He coined the term prion, which comes from the words "proteinaceous" and "infectious” to refer to a class of infectious self-reproducing pathogens primarily or solely composed of protein. The son of an architect, he had a comfortable upbringing, typical of American boys hailing from well-to-do families. Intelligent and interested in scientific pursuits from a young age, he was referred to as the little Genius for developing a bug repellent as a school boy. He earned a degree in chemistry from the University of Pennsylvania and later received his M.D. from the University of Pennsylvania School of Medicine. He spent a few years in biochemical research before becoming a professor of neurology and biochemistry at the University of California, San Francisco, School of Medicine, from where he had completed his internship. Over the course of his research, he began studying a particular class of neurodegenerative disorders—the spongiform encephalopathies—that caused progressive dementia and death in humans and animals. This work eventually led to the groundbreaking findings that earned him the Nobel Prize. In addition to the Nobel Prize, he is also the recipient of several other prestigious awards in science fields. Paul Berg
Biochemists #42
Neurologists #31
Scientists #1413
DID WE MISS SOMEONE?
CLICK HERE AND TELL US
WE'LL MAKE SURE
THEY'RE HERE A.S.A.P
Quick Facts

American People
American Men
University Of Pennsylvania
Male Physicians
Male Scientists
Childhood & Early Life
Stanley Benjamin Prusiner was born on May 28, 1942, in Des Moines, Iowa, United States, to Miriam (Spigel) and Lawrence Prusiner. His father, an architect, was drafted into the United States Navy shortly after Stanley was born. In his father’s absence the young child spent much of his time in the company of his mother and grandmother. His father later returned from the war and resumed work as an architect.
Stanley attended Walnut Hills High School where he became known as little Genius for his work on a bug repellent. Taking forward his love for science, he enrolled at the University of Pennsylvania where he majored in Chemistry. In addition to the numerous science courses, he also studied philosophy, the history of architecture, economics, and Russian history, eventually earning his Bachelor of Science degree in chemistry.
He proceeded to earn his M.D. from the University of Pennsylvania School of Medicine. He then did his internship in medicine at the University of California, San Francisco.
Continue Reading Below
You May Like

Famous Beautiful Women With Green Eyes
Career
Stanley B. Prusiner moved to the National Institutes of Health (NIH), where he performed research in the laboratory of Earl Stadtman, studying glutaminases in E. coli. He learned a lot about the research process during this stint and by the end of his time at the NIH, he had decided to pursue a residency in Neurology which he believed would lead to a rewarding career in research.
He began a residency at the University of California San Francisco (UCSF) in the Department of Neurology in 1972. There he admitted a patient who was suffering from an infection called Creutzfeldt-Jakob disease (CJD) which evoked no response from the body's defenses. He was intrigued by the fatal degenerative disorder which eventually killed his patient.
He began learning more about CJD and began researching about the agents that caused this disease and the seemingly related diseases—kuru of the Fore people of New Guinea and scrapie of sheep.
In 1974, he set up a laboratory to study scrapie. After years of intensive research, he claimed to have isolated the scrapie-causing agent in 1982. He published his findings in a manuscript in which he introduced the term "prion" to refer to a pathogen that consisted primarily or solely of proteins.
At the time of its publication, Prusiner’s findings were criticized by his peers in the scientific fraternity. However, he continued with his research and by the early 1990s, the existence of prions was accepted by many in the scientific community.
A new variant of Creutzfeldt-Jakob disease emerged in Great Britain in 1996 which brought Prusiner’s research into limelight. The new found interest in the significance of his research eventually earned him the Nobel Prize in Physiology or Medicine in 1997.
In 2001, he founded InPro Biotechnology, Inc., a company to further develop and commercialize discoveries and technologies conceived in the laboratories at UCSF.
Throughout his career, he has held various faculty and visiting faculty positions at both UCSF and UC Berkeley. At present, he heads the Institute for Neurodegenerative Diseases research laboratory at UCSF, working on prion disease, Alzheimer's disease and tauopathies.
Major Works
Stanley B. Prusiner is best known for his research on prions and the prion diseases, also known as Transmissible spongiform encephalopathies (TSEs). He also founded a company which promoted a test to detect bovine spongiform encephalopathy in cattle and sheep, chronic wasting disease in deer and elk, and Creutzfeldt-Jakob disease in humans.
Awards & Achievements
In 1993, Stanley B. Prusiner and Bert Vogelstein were given the Richard Lounsbery Award for their distinct and exciting discoveries about the pathogenesis of neurodegenerative and malignant diseases.
The Albert Lasker Award for Basic Medical Research was awarded to Prusiner in 1994.
He was awarded the Nobel Prize in Physiology or Medicine 1997 "for his discovery of Prions - a new biological principle of infection."
Personal Life & Legacy
He is married to Sandy Turk and has two daughters.
Recommended Lists:
Physicians #235
You May Like

See the events in life of Stanley B. Prusiner in Chronological Order 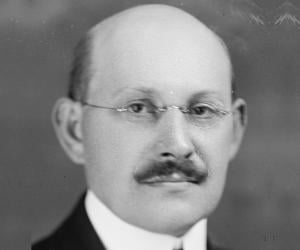