Paul Boyer was an American biochemist who was bestowed with the Nobel Prize in Chemistry in 1997, for his research on the enzymatic mechanism underlying the synthesis of adenosine triphosphate. Boyer shared his Nobel Prize with John E Walker and Jens C Skou who independently carried out important work in the field. It was due to Boyer’s intensive research and investigation that the energy that is produced and stored in plants, animals and bacteria making life possible through ATP synthase mechanism, was discovered. While plants photosynthesize the lights through the membranes in chloroplast, in animals the ATP is located in a membrane of mitochondria inside each cell. Boyer also discovered the tiniest rotary machine known to exist in humans. Boyer postulated an unusual mechanism to explain the way in which ATP synthase functions. Known as his ‘binding change mechanism’, it was confirmed by John E. Walker’s research. Peggy Whitson
31st July In History
DID WE MISS SOMEONE?
CLICK HERE AND TELL US
WE'LL MAKE SURE
THEY'RE HERE A.S.A.P
Quick Facts

Paul Delos Boyer was born on July 31, 1918, in Provo, Utah, to Dell Delos Boyer, an osteopathic physician, and Grace Guymon. He had five siblings.

Tragedy struck Boyer’s childhood early as his mother, who was a victim of Addison’s disease breathed her last in 1933, when he was just fifteen. It was her death that propelled young Boyer’s interest in studying biochemistry.

Academically good, he attained his early education from Provo High School. Later, he enrolled at the Brigham Young University from where he received a BS degree in chemistry in 1939. He also received a Wisconsin Alumni Research Foundation Scholarship for graduate studies.
The scholarship allowed Boyer to take up graduate studies in biochemistry in the University of Wisconsin in Madison. His years at Wisconsin were very influential. Research on vitamins, nutrition and metabolism ruled the environment. Several discoveries were made and numerous patents were done during his time of study by prominent researchers at the department. In 1943, Boyer gained his Ph.D. degree.
Continue Reading Below
Career

At the time when Boyer finished his doctorate studies, the nation was at war. Consequently, he took up a war project at Stanford University. It basically involved studying blood plasma proteins. It was known that concentrated serum albumin fractionated from blood plasma was effective in battlefield treatment of shock. But the same when heated, developed cloudiness from protein denaturation. At Stanford, he developed a stabilization method that was extremely successful.

Following the end of World War II and completion of the war project at Stanford, Boyer accepted an offer for the position of assistant professorship at the University of Minnesota. However, in between, he became a member of the US Navy. He served in the Navy’s Medical Research Institute in Bethesda, Maryland where he carried out private research. In a matter of months, he returned to civilian life at Minnesota.

University of Minnesota offered Boyer better opportunities in biochemistry than Stanford did. He began his independent research career at the University of Minnesota and introduced kinetic, isotopic, and chemical methods for investigating enzyme mechanisms.
In 1955, Boyer received a Guggenheim Fellowship which gave him the opportunity to work with Professor Hugo Theorell on the mechanism of alcohol dehydrogenase at the Nobel Medical Institute.

Following his Guggenheim Fellowship, Boyer accepted a Hill Foundation Professorship that caused him to move to the medical campus at the University of Minnesota. During this period, he carried out the research work on the enzymes rather than ATP synthase. A combined work led to the discovery of a new type of phosphorylated protein, a catalytic intermediate in ATP formation with a phosphoryl group attached to a histidine residue. However, they soon discovered that the enzyme-bound phosphohistidine discovered was an intermediate in the substrate level phosphorylation of the citric acid cycle.

From 1959 to 1960, Boyer served as Chairman of the Biochemistry Section of the American Chemical Society (ACS).

In 1963, he took up professorship at the Department of Chemistry and Biochemistry at the University of California, Los Angeles (UCLA).

In 1965, he became the Founding Director of the Molecular Biology Institute and spearheaded the construction of the building and the organization of an interdepartmental Ph.D. program.
For a year between 1969 and 1970, he chaired the seat of the President of the American Society of Biological Chemists.
Continue Reading Below

While Boyer was investigating as to how cells formed ATP, a process that occurs in animal cells in a structure called a mitochondrion, a British chemist Peter Mitchell independently showed that the energy required to make ATP is supplied as hydrogen ions flow across the mitochondrial membrane down their concentration gradient in an energy-producing direction

Boyer’s later work emphasized what is involved in ATP synthesis. Through it, he demonstrated how the enzyme harnessed the energy produced by the hydrogen flow to form ATP out of adenosine diphosphate (ADP) and inorganic phosphate. He came up with a hypothesis that explained an unusual mechanism to explain the way in which ATP synthase functioned.

From 1963 to 1989, Boyer served as the editor of the Annual Review of Biochemistry. During his time there, he served as was Editor of the classic series, ‘The Enzymes’. Meanwhile in 1981, he served as the Faculty Research Lecturer at UCLA.
In 1990, he was made Professor Emeritus of the Molecular Biology Institute that he had helped set up.
Major Works

Boyer’s most significant work came when he explained the enzymatic mechanism underlying the synthesis of adenosine triphosphate. While in the 1950s, he began research of how cells formed ATP, later he focussed his research to find out what is involved in ATP synthesis. His work focused on the enzyme ATP synthase, and he demonstrated how the enzyme harnesses the energy produced by the hydrogen flow to form ATP out of adenosine diphosphate (ADP) and inorganic phosphate. Boyer came up with an unusual mechanism, known as the binding change mechanism, to explain how ATP synthase functioned.

In 1997, Boyer received the prestigious Nobel Prize in Chemistry for elucidation of the enzymatic mechanism underlying the synthesis of adenosine triphosphate (ATP). He shared one-half of the prize with John E Walker. The second half was presented to Jens C Skou for his discovery of Na+/K+ ATPase.

Boyer resided with his family home in the hills, north of UCLA, where he conducted his research and studies.

In 1999, a hall in UCLA was dedicated to Boyer to mark his legacy in scientific world. It was named after him and is today widely known as the Paul D. Boyer Hall.

See the events in life of Paul D. Boyer in Chronological Order 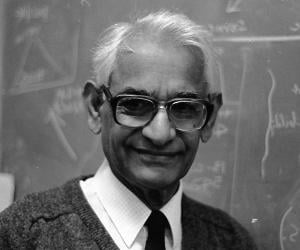