Chile's thirty-sixth president, Sebastian Pinera, is a businessman and politician. The son of an ambassador and descendant of two 19th century Chilean presidents, Pinera was destined to become a civil servant. He is well educated in business and economics, and began his career as a professor at three major Chilean universities. He later became involved with many successful business endeavors and finally began a political career. He was primarily responsible for introducing the people of Chile to credit cards and owned a nationally broadcast television station called Chilevision. Furthermore, he owned shares in Colo-Colo, a soccer club, and LAN Airlines, Chile's national airline. During his eight year term as an East Santiago Senator, he acted as a member of the Senate Finance Committee. After an unsuccessful campaign in 2005 as a National Renewal party presidential hopeful, Pinera won a majority vote in the 2010 election against Eduardo Frei. Utilizing a platform of job creation, expanded education and eliminating poverty, he also promised to advance Chile's relationship with other countries and became the country's first conservative head of state in over fifty years. 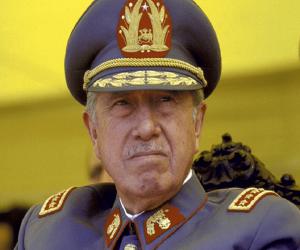 Chilean People
Chilean Men
Harvard University
Male Leaders
Chilean Leaders
Childhood & Early Life
Sebastian Pinera was born on December 1, 1949 in Santiago, Chile, to parents Jose Pinera Carvallo and Magdalena Echenique Rozas, as the third of six children.
His immediate family includes brothers Jose Manuel, Juan Pablo and Jose Miguel as well as sisters Maria Magdalena and Maria Teresa.
When he was one year old his family moved to New York City where his father served in the office of the Chilean Economic Development Agency.
After his family returned to Chile in 1955, he enrolled at the Colegio del Verbo Divino ("Divine Word College"), and graduated from the same in 1967.
Continue Reading Below
You May Like

Famous Beautiful Women With Green Eyes
Career
At the Pontifical Catholic University of Chile, Sebastian Pinera pursued an undergraduate degree in Business and Administration.
He earned Masters and Doctorate degrees in Economics from Harvard University in the United States, graduating in 1971.
During his time at Harvard, Pinera worked as an assistant professor and studied under Simon Kuznets, winner of the 1971 Nobel Memorial Prize in Economic Sciences.
He returned to his undergraduate alma mater in 1976 as an economics professor. Concurrently, he taught economics at the University of Chile, Adolfo Ibanez University and Valparaiso Business School.
From 1974 to 1978 he was a consultant for the Inter-American Development Bank and the World Bank.
In 1976 he worked on a project for the United Nations Economic Commission for Latin America and the Caribbean which outlined areas of extreme financial hardship in Latin America and what could be done to remedy the problem.
Year 1979 saw Pinera's creation of Bancard, a credit card company, which introduced Chileans to a new form of payment for goods and services.
Contemporaneously, he was Apple computers' official representative in Chile and contributed to the creation of Las Americas Real Estate Company, Aconcagua Construction Company and the Los Andes Publishing House.
He occupied a senatorial seat for the 8th Voting District of the Eastern Metropolitan Region from 1990 to 1998.
Continue Reading Below
In 2009, Sebastian Pinera was selected as the official presidential candidate for the newly formed Coalition for Change. This party united several political groups, including the prominent National Renewal and Independent Democratic Union parties.
Sebastian Pinera was elected as president of Chile in the 2010 election against opposing Concert of Parties for Democracy candidate Eduardo Frei.
Though not mandated by law, he voluntarily liquidated all commercial assets that may have caused a conflict of interest in his role as president.
From 2010 to 2014, Pinera's administration made significant strides in improving the quality of life for Chilean citizens. His leadership allowed the country to create 1 million new jobs, increase domestic productivity, open new hospitals and schools and decrease Chile's crime rate.
Major Works
As a joint effort with his wife, Cecilia Morel, Pinera created the Fundacion Mujer Emprende in 1989, dedicated to providing occupational training and education to impoverished women.
In 1993, Piñera created the foundation Fundación Futuro. Its mission is to help in Chile’s development of freedom, justice and democracy. The foundation was renamed to Fundación Cultura y Sociedad following his presidential election victory.
Awards & Achievements
In 1971, Sebastian Pinera graduated at the top of his class at the Pontifical Catholic University of Chile and was given the Raul Iver Oxley award.
Received a Link Americas Foundation Life award for utilizing mass media to document the rescue of Chilean miners in 2010.
He was awarded Latin Trade's Leader of the Year Award at the 18th BRAVO Business Awards in 2012.
Presented with the World Affairs Council of Philadelpia's International Statesman Award in 2014 for facilitating Chile's rise as a developed country.
Personal Life & Legacy
Pinera married Cecilia Morel Montes in 1973, a counselor at the Carlos Casanueva Institute.
They are the parents of four successful children, Magdalena, a professor of history, Cecilia, a pediatrician, Sebastian, who works in business administration and Christopher, a psychologist.
He was involved in a political scandal called Pineragate which consisted of attempting to have his competitor ambushed by a journalist during the 1992 Chilean Presidential nominations.
Trivia
Owned a share in the soccer team Blanco & Negro.
An avid reader with a passion for history.
His oath of office ceremony was disrupted by a 8.8 magnitude earthquake and associated aftershocks.
Awarded 33 rescued miners with national medals.
You May Like

See the events in life of Sebastian Pinera in Chronological Order 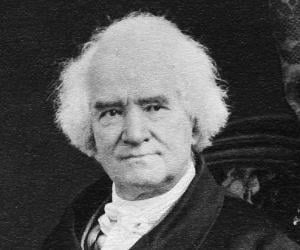