Muhammed Zafar Iqbal is one of the well-known Bangladeshi writers. Despite being a physicist by qualification, he went on to make a name for himself in the field of literature; his genre of writing is science fiction and children's literature. His interest in writing developed during childhood through his father’s motivation. After working for a couple of years in the field of research, he took up teaching at the university level. However, he managed to extract time from his busy schedule to fulfill his dream of becoming a writer. He is among the first few writers who started authoring books on science fiction in Bengali language. To add on, he is credited for focusing on young readers, and hence, writes literature books for children, apart from publishing non-fiction books as well, in physics and mathematics. He is also a renowned columnist who contributes regularly to Bangladeshi mainstream newspapers. Several of his novels have been adapted into dramas and films. He has been a recipient of several awards in the field of literature, the most significant of them being Bangla Academy Literary Award and Rotary SEED Award. At present, he heads the Electrical and Electronics Engineering department at Shahjalal University of Science and Technology (SUST Albert Einstein
DID WE MISS SOMEONE?
CLICK HERE AND TELL US
WE'LL MAKE SURE
THEY'RE HERE A.S.A.P
Quick Facts

Bangladeshi People
Bangladeshi Men
University Of Dhaka
University Of Washington
Male Writers
Childhood & Early Life
Muhammed Zafar Iqbal was born on December 23, 1952, in Sylhet, Bangladesh, to Faizur Rahman Ahmed and Ayesha Akhter Khatun. He was the second of the three sons born to the couple. His father was a police officer.
Due to his father’s job, he spent his early years traveling to different parts of Bangladesh. His father was captured and killed by the Pakistan’s invading army during the 1971 Bangladesh Liberation War.
He completed his secondary school from Bogra Zila School, in 1968, and passed his higher secondary education from Dhaka College, in 1970.
In 1976, he graduated from Dhaka University with a Bachelor’s degree in physics, after which he enrolled in the University of Washington. He earned his PhD degree in 1982.
Motivated by his father during childhood, he started writing at a very young age, authoring his first short story at the age of seven.
Continue Reading Below
Career
As a student of Dhaka College, he published his story ‘Copotronik Bhalobasha’ (Copotronik Love) in a local magazine, Bichitra. He re-wrote the story to rule out the allegation of replicating a foreign story and released it as a collection of stories ‘Copotronik Sukh Dukho’ (Copotronic Joy and Sorrows).
In addition to science fiction, he is also known for writing novels for children and non-fiction books on mathematics and physics. Subsequently, he went on to become a foremost science fiction and children’s books writer.
After obtaining his doctorate degree, he began working as a post-doctoral researcher with California Institute of Technology (Caltech), in 1983.
In 1988, he left Caltech and was employed as a research scientist at Bell Communications Research (Bellcore).
He resigned from Bellcore in 1994 and returned to Bangladesh, where he took up a teaching job at the Computer Science and Engineering department of Shahjalal University of Science and Technology (SUST), Sylhet.
He was appointed as the head of the Electrical and Electronics Engineering department, which he is serving till date.
Some of his renowned works include ‘Kajoler Dinratri’, ‘Ami Topu’, ‘Theory of Relativity’, ‘Gabbu’, ‘Animan’, ‘Aro tuntuni O aro Chotacchu’, ‘Sobuj Valvet’, ‘Quantum Mechanics’, ‘Rasha’, and ‘System Ediphas’.
A number of his novels have been adapted into stage dramas and films, some of them are: ‘Bubuner Baba’, ‘Shat Char Dui’, ‘Amar Bondhu Rahsed’, ‘Shukno Ful-Rongin Ful’, and ‘Batasher Simana Akasher Thikana’.
Awards & Achievements
He was bestowed with the Shishu Academy Agrani Bank Shishu Shahitto Award, in 2001, and Quazi Mahbubulla Zebunnesa Award, in 2002.
In 2003, he won the Khalekdad Chowdhury Literary Award and Sheltech Literary Award.
In 2004, he received the highest literature award in Bangladesh, the Bangla Academy Award, apart from Uro Child Literary Award.
He won the American Alimony Association Award, Dhaka University Alimony Association Award, and Sylhet Naittamoncho Award in 2005.
In 2011, he was honored with the Rotary SEED Award for his contribution in the field of education.
Personal Life & Legacy
In 1978, Muhammed Zafar Iqbal married Dr. Yasmeen Haque, who serves as the Dean of Life Science Department and heads the Physics department, at SUST.
The couple has two children: son Nabil and daughter Yeshim. Yeshim has released a translated version of Muhammed Zafar Iqbal children’s book ‘Amar Bondhu Rashed’ (Rashed, My Friend).
He has two brothers. His elder brother, Humayun Ahmed, was a popular Bangla novelist and filmmaker, while younger brother, Ahsan Habib, is a cartoonist and editor of satirical magazine, Unmad (Mad).
Trivia
He was one of the founders of Bangladesh Mathematical Olympiad and is presently the Vice-President of Bangladesh Mathematical Olympiad committee.
Recommended Lists:
Writers #5678
Activists #1155 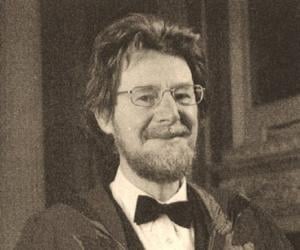