DID WE MISS SOMEONE?
CLICK HERE AND TELL US
WE'LL MAKE SURE
THEY'RE HERE A.S.A.P
Popularity Index
30
Philosophers #278
Intellectuals & Academics #660
Quick Facts

1961 - Bialik Prize award for Jewish thought
In 1963
he won the Erasmus Prize in Amsterdam. 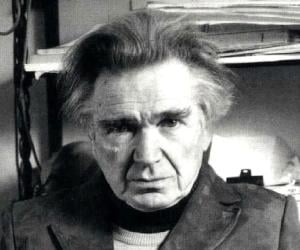 Who was Martin Buber?

Martin Buber was an influential twentieth century Jewish philosopher and an outstanding religious thinker, political activist, educator, essayist, translator and editor who re-defined religious existentialism through his ‘philosophy of dialogue’. Although he was born in Austria, Martin Buber spent a major part of his life in Israel and Germany. Buber was a cultural Zionist who championed the cause of Jewish cultural renewal through his study of Hasidic Judaism. He challenged the works of Kant, Hegel, Marx, Kierkegaard, Nietzsche, Dilthey, Simmel and Heidegger through his writings and was a source of immense influence to Emmanuel Lévinas. Buber along with Franz Rosenzwig translated the Bible from Hebrew to German as well as wrote numerous other religious and Biblical studies. Buber was a leading adult educationist who developed the philosophy of focus of education of character and initiated the establishment of Jewish education centers in Germany and teacher-training centers in Israel. Know all about Martin Buber’s life and achievements in the biography below. Quotes By Martin Buber | Quote Of The Day | Top 100 Quotes

Martin Buber was born on February 8 to Carl Buber and wife Elise.

His mother, Elise, left the family and Martin went on to live with his grandparents.

Resigned from ‘Die Welt’ and developed orientation towards non-diplomatic Zionism.

Becameprofessor at University of Frankfurt.

Editor of ‘Die Kreatur’, a quarterly journal on religious studies.

Was made the Director of the Central Office for Jewish Adult Education.

His ‘Paths to Utopia’ published.