Maria Ludovica Leopoldina Franziska Therese Josepha Lucia better known as Marie Louise was the Duchess of Parma. This Austrian Duchess was also Napoleon's second wife and, thus reigned as the Empress of the French from 1810 to 1814. France and Austria were in a state of war during her growing up years. When the war of the fifth coalition ended, Napoleon married the Austrian princess. Mary Louise had been brought up to hate the French and the French empire. However, under crucial circumstances, she agreed to the match and played the part of a dutiful wife. On Napoleon’s part, the marriage was a truce with one of the leading European families to cement the foundation of his new empire. This resulted a brief and peaceful relations between the two countries. She gave birth to a son, who succeeded the emperor as Napoleon II. After Napoleon’s exile to Elba, she was handed over the Duchies of Parma, Piacenza and Guastalla. After Napoleon died in 1821, she married Count Adam Albert von Neipperg, an equerry. Her third husband was her chamberlain, Count Charles-René de Bombelles. She died as the Duchess of Parma in 1847, in Parma Empress Elisabe...
DID WE MISS SOMEONE?
CLICK HERE AND TELL US
WE'LL MAKE SURE
THEY'RE HERE A.S.A.P
Quick Facts

Austrian People
Austrian Empresses & Queens
Women Historical Personalities
Austrian Historical Personalities
Austrian Female Historical Personalities
Childhood & Early Life
Marie Louise was the daughter of Archduke Francis of Austria and his second wife, Maria Theresa of Naples and Sicily. She was born on December 12, 1791, at the Hofburg Palace in Vienna. Empress Maria Theresa was her great grandmother and Queen Maria Carolina of Naples, her maternal grandmother.
She was born during the times when France and Austria were at war with each other. Her grandmother, Marie Carolina lost her sister Marie Antoinette in the French Revolution. Her kingdom was in direct conflict with France as well. Thus, she nurtured a deep hatred for anything French. Under her supervision Marie Louise started detesting French ways from a very young age.
During the War of the Third Coalition, France almost ruined Austria and so the royal family fled to Vienna in 1805. Marie had to take refuge first in Hungary and later in Galicia. The family returned to Vienna in 1806.
Marie Louise’s mother died in 1807. She was only 15 when her father, Emperor Francis remarried. Her stepmother was Maria Ludovika Beatrix of Austria-Este, a 19 years old girl.
When Austria got defeated by France in the war of 1809, the family fled to Vienna again.
Continue Reading Below
Marriage with Napoleon
Napoleon wanted to legitimize his empire by marrying a princess of a prestigious European family and reproducing an heir by her. It was count Metternich, who thought of a marriage alliance between the emperor and Marie Louise.
Napoleon began his negotiations of marrying the princess in late 1810. Prince of Schwarzenberg was the mediator between the two parties. It was he who informed Marie Louise about the marriage and the marriage contract was signed on 7th February, 1811.
The marriage happened by proxy on 11th March, 1810 at the Augustinian church in Vienna. The marriage was an opulent one and Mary Louise officially became Empress of France and the Queen of Italy.
The actual wedding took place at the St. Joseph’s Church on 1st April, 1810.The next day, amidst a grand march the newlyweds visited the Salon Carre chapel for their religious wedding ceremony, which was supervised by the Cardinal Grand Almoner of France.
It didn’t take Marie Louise much time to settle in the French court. Their marital life was a blissful one, despite the empress’ coyness. She wrote letters to her father praising the emperor’s affectionate and loving nature.
The wedding ushered in a peaceful period between the two conflicting countries.
She gave birth to the heir of the empire on 20th March, 1811. The son was given the title of ‘King of Rome’.
Collapse of the Empire & Napoleon�
France was in a weak position due to failed attempts of invading Russia. When Russia, Prussia and the United Kingdom, unitedly declared war on France, Napoleon left for battle in Germany on March 30th, 1813, Marie Louise was appointed Regent.
As the regent, she tried allying Austria with France. She also kept informing Napoleon about the on goings in the country. She was persuaded to leave on March 29, when the city was invaded by the allies.
Continue Reading Below
When Napoleon abdicated the throne on 11th April, 1814, Mary Louise was allowed to keep her royal rank. She became the duchess of Parma, Piacenza and Guastalla.
Relationship with Neipperg
Mary Louise fell in love with Adam Albert von Neipperg who was an enemy of Napoleon. At the Congress of Vienna, he became her advocate and chamberlain.
The Congress recognized her as the Duchess but refused any hereditary claim over Parma, in the future.
She let Neipperg take care of the ruling of the Duchy. In December 1816, he was appointed as the prime minister by her.
Personal Life & Legacy
Napoleon died on May 5, 1821 and Marie married Neipperg morganatically on August 8 the same year. She bore three children with Neipberg: Albertine, William Albert and Mathilde.
Neipperg died on 22 February 1829 and within eight years, she became a widow again.
Her first son Franz became the Duke of Reichstadt in 1818 but succumbed to death at the age of 21.
She got married for the third time to Charles- René-de Bombelles On 17th February, 1834.
Marie Louise died of pleurisy on 9th December, 1837. She was consecrated at the Imperial Crypt in Vienna.

See the events in life of Marie Louise, Duchess Of Parma in Chronological Order 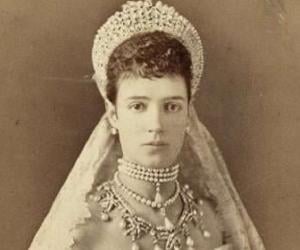