Liliʻuokalani, also known as Lydia Liliuokalani Paki or Liliu Kamakaeha, was the first and only queen of the Hawaiian Kingdom. She also became its last sovereign monarch, reigning from 1891 until 1893, when she was overthrown by pro-American elements, which ultimately led to the islands being annexed by the United States of America. Originally from Honolulu, Liliʻuokalani was a baptised Christian and received her education at the Royal School. Along with her siblings and cousins, she was one of the likely candidates to succeed King Kamehameha III. In 1877, she became the heir apparent to her brother David Kalākaua’s throne. She became the queen regnant nine days after her brother passed away. While she was the queen, she tried to introduce a new constitution that would have reinstated the power of the monarchy and the rights to vote for the economically disenfranchised. These actions threatened the interest of pro-American elements who deposed her. Liliʻuokalani spent the remainder of her life as a private citizen, passing away at the age of 79. Alexandra of De...
Empresses & Queens #32
Historical Personalities #152
Continue Reading Below
2nd September In History
DID WE MISS SOMEONE?
CLICK HERE AND TELL US
WE'LL MAKE SURE
THEY'RE HERE A.S.A.P
Quick Facts

American Celebrities
Women Historical Personalities
Virgo Women
Childhood & Early Life
Born Lydia Liliʻu Loloku Walania Kamakaʻeha on September 2, 1838, in Honolulu, Oʻahu, Hawaiian Kingdom, Liliʻuokalani was the daughter of Analea Keohokālole and Caesar Kapaʻakea.
Her family was significantly large. Some of her biological siblings were James Kaliokalani, David Kalākaua, Anna Kaʻiulani, Kaʻiminaʻauao, Miriam Likelike, and William Pitt Leleiohoku II. In accordance with the Hawaiian custom, her parents handed her over to Abner Pākī and Laura Kōnia, who brought her up alongside their daughter Bernice Pauahi.
In 1842, when she was four years old, she enrolled at the Chiefs' Children's School (later renamed the Royal School). She and her classmates were named as Kamehameha III’s successors.
American missionaries Amos Starr Cooke and his wife Juliette Montague Cooke gave her and several other students of the school lessons in English. They were also instructed in reading, spelling, penmanship, arithmetic, geometry, algebra, physics, geography, history, bookkeeping, and singing.
In the later years of her life, Liliʻuokalani came to dislike her early education. Around the 1850s, after the Cookes’ boarding school was discontinued, she attended a day school managed by Reverend Edward G. Beckwith.
In 1865, after she got married, Liliʻuokalani informally studied at Oʻahu College (modern-day Punahou School) and was taught by Susan Tolman Mills.
Continue Reading Below
You May Like

The Best Black Actresses Of All Time
Marriage & Children
For a brief period in the late 1850s, Liliʻuokalani was engaged to William Charles Lunalilo, who later became the sixth monarch of the Kingdom of Hawaii. However, she ended the engagement at the request of King Kamehameha IV, as well as due to the objection of her hānai sister Bernice Pauahi and her husband Charles Reed Bishop, who were her guardians at the time.
Liliʻuokalani was then courted by the American-born John Owen Dominis, who served as a staff member for Prince Lot Kapuāiwa (the future Kamehameha V) and secretary to King Kamehameha IV.
She states in her memoirs that she had known John Owen Dominis since they were children. They became engaged in 1860 and were supposed to get married on her 24th birthday in 1862. However, following the death of Prince Albert Kamehameha, the wedding was put off until 16 September. The couple tied the knot at Haleʻākala, the residence of the Bishops.
Liliʻuokalani and Dominis had no biological children of their own. In 1883, Mary Purdy Lamiki ʻAimoku, one of Liliʻuokalani’s household retainers, gave birth to John ʻAimoku Dominis, who was Dominis’ illegitimate child. Liliʻuokalani had found out about the pregnancy from the royal physician.
In order to protect her unfaithful spouse, she thought of claiming the child as her own and placing him in the line of succession. This would have been a crime.
John Dominis was brought up by his grandmother with financial backing from Liliʻuokalani, who later chose to adopt him under the Hawaiian tradition of hānai. Through the same tradition, she also adopted several other children, including Joseph Kaiponohea ʻAeʻa and Lydia Kaʻonohiponiponiokalani Aholo.
Accession & Reign
In 1872, after Kamehameha V passed away without any heir, Lunalilo was chosen to be the king following an election in the legislation. After Lunalilo’s death in 1874, David Kalākaua was elected as the king. Kalākaua allocated a number of royal titles and styles to his siblings. Liliʻuokalani became Princess Lydia Kamakaʻeha Dominis.
On April 10, 1877, she was elected to be the heir apparent to the throne of Hawaii. Kalākaua then renamed her as Liliʻuokalani, discarding her given name of Liliʻu and her baptismal name of Lydia. Liliʻuokalani and her husband subsequently travelled to California on a ship for her health in 1878.
When Kalākaua embarked on the 1881 world tour, Liliʻuokalani became the regent for the first time in his absence. That year, there was a smallpox epidemic in Hawaii, likely carried to the islands by Chinese contracted laborers.
Continue Reading Below
After consulting with her brother's cabinet ministers, she shut down all the ports, stopped all passenger vessels out of Oʻahu, and began a quarantine of the affected. All these steps mostly prevented the disease from spreading beyond Honolulu and Oʻahu.
She also performed several philanthropic activities during this period. In April 1887, she alongside her husband and Queen Kapiʻolani represented Kalākaua at the Golden Jubilee celebration of Queen Victoria in London.
In December 1887, she was separately asked by Reform (Missionary) Party members James I. Dowsett, Jr. and William R. Castle to assume the Hawaiian throne if her brother was deposed. She maintained that she downright rejected both proposals, but according to historian Ralph S. Kuykendal, she offered them a conditional “if necessary” response.
In 1890, Liliʻuokalani served as the regent for the second time, while her brother was in US, battling probably both ill-health and the McKinley Tariff Act imposed by US which devastated the Hawaiian sugar industry. Kalākaua passed away in January 1891 in San Francisco. Funerals were held for him both in US and Hawaii.
The Queen Regnant
Liliʻuokalani was the first woman to sit on the Hawaiian throne. She had noticed the gradual deterioration of the power of the monarchy under her brother and decided to mend it by bringing back at least some part of the traditional autocracy to the Hawaiian throne.
In 1887, she made her stance very apparent when she voiced her objection to the renewed Reciprocity Treaty, which gave commercial concessions to US, as well as the control of Pearl Harbour. Such actions were opposed by the foreign businessmen in Hawaii, who sought to repudiate her authority.
Abdication & Annexation of Hawaii
With Sanford Dole at the helm, the Missionary Party demanded that Liliʻuokalani should abdicate her throne in January 1893. They made the announcement that the queen had been deposed, and declared the formation of a provisional government pending annexation by the US.
Liliʻuokalani turned herself in to prevent bloodshed and reached out to the US President Grover Cleveland to intervene and restore her to the throne.
Dole disregarded President Cleveland’s orders of reinstating Liliʻuokalani. In 1895, his group put down a rebellion organised on the queen’s behalf, led by royalist Robert Wilcox.
Charged with treason, Liliʻuokalani was incarcerated at her own home. On 24 January 1895, in order to gain pardons for her supporters, she accepted the terms of her abdication.
As the leader of the ‘Onipa‘a movement, she vehemently opposed the US annexation of Hawaii, which ultimately happened in July 1898. In the same year, she put out her memoirs, ‘Hawaii’s Story by Hawaii’s Queen’, and wrote the immensely popular song ‘Aloha Oe’.
Later Years & Death
Liliʻuokalani spent the final years of her life away from public life, receiving a government pension and homage from both the islands and visitors. On November 11, 1917, Liliʻuokalani passed away at her residence at Washington Place. She was given a state funeral in the throne room of Iolani Palace.
You May Like

See the events in life of Liliʻuokalani in Chronological Order 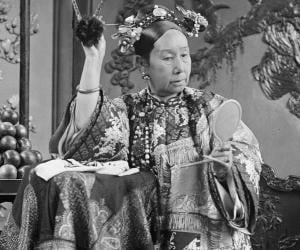