Mainza Chona was a Zambian politician and diplomat who served as the Vice President of Zambia, was and also the Prime Minister of Zambia twice. Born in Nampeyo, he was a bright child and received a scholarship from the British colonial government to study law in England. After completing his studies, he undertook a proactive role in political activities under the guidance of Kenneth Kaunda soon after his return to Northern Rhodesia. He became the first President of the United National Independence Party (UNIP), the party that paved the way to Zambia’s independence. Although he later stepped down from his post for Kaunda, he played a key role in Zambia's development which is evident by the number of government positions he held. Subsequently, he was appointed the Vice President of Zambia and later became the first Prime Minister of the country in the cabinet of Kaunda. He also served as an Ambassador to the United States of America, the People’s Republic of China, and France 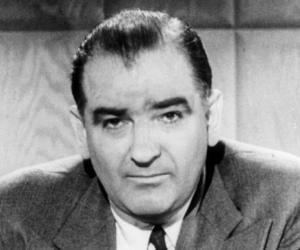 U Thant
Political Leaders #6830
Diplomats #703
Prime Ministers #782
DID WE MISS SOMEONE?
CLICK HERE AND TELL US
WE'LL MAKE SURE
THEY'RE HERE A.S.A.P
Quick Facts

Zambian Celebrities
Black Diplomats
Prime Ministers
Black Miscellaneous
Political Leaders
Childhood & Early Life
Mainza Mathias Chona was born as Sikaye Chingula Namukamba on January 21, 1930, at Nampeyo, near Monze, Northern Rhodesia, to Hameja Chilala, and Nhandu—one of his father's five wives.
He studied at the Chona out-school in Nampeyo, and at Chikuni. In 1951, he completed his secondary education at Munali Secondary School in Lusaka and then worked as an interpreter at the High Court in Livingstone.
He wanted to become a lawyer and in 1995 he secured a scholarship to study at Gray's Inn, London. In 1958, he was called to the bar and while practicing in England, he met other African nationalists, including Harry Nkumbula and Kenneth Kaunda.
Continue Reading Below
You May Like

The Sexiest Men Of 2020, Ranked
Career
In 1958, he returned to Northern Rhodesia and learned that the White-dominated Central African Federation (CAF) had taken over the state despite protests from the Black population through the African National Congress (ANC), led by Nkumbula and Kaunda.
In October 1958, Kaunda formed the Zambia African National Congress (ZANC). Due to the party’s militancy and unwillingness to compromise with white liberals, Kaunda along with several other leaders was detained by the CAF authorities, and the party was banned in March 1959.
In October 1959, Chona became the first President of the United National Independence Party (UNIP), the successor to ZANC. In January 1960, when Kaunda was released from prison, Chona stepped down from his post for him.
Mainza Chona was appointed the deputy president of UNIP by Kaunda, but he had to leave Northern Rhodesia to avoid charges of sedition brought by the CAF authorities who were now getting increasingly frustrated with these political developments. For a year, he remained in London and served as UNIP's overseas representative.
In December 1960, he also served as a UNIP delegate to the Federal Review Conference in London, returning home in February 1961. Later that year, he was elected the National Secretary of UNIP, a post he held for eight years.
In January 1964, Kenneth Kaunda formed Northern Rhodesia's first Black cabinet and appointed Mainza Chona as the Minister of Justice in UNIP's pre-independence government.
In October 1964, when Zambia achieved independence, Mainza Chona became the Minister of Home Affairs. Between 1966 and 1969, he held at least five different ministerial appointments, including minister without portfolio.
In 1969, he was appointed as Zambia’s ambassador to the United States. The following year, upon his return to Zambia, he was appointed as the country's Vice-President.
He contributed to Zambia's constitutional development by introducing the famous Chona Commission. It was set up under his chairmanship in February 1972 to make suggestions for the constitution of a 'one-party participatory democracy’.
In December 1972, the Second Republic was inaugurated and the following year, the National Assembly approved the new constitution in August 1973.
From 1973 to 1975, he served as the Prime Minister of Zambia, under the presidential rule of Kaunda. Then, he became the Minister of Legal Affairs and Attorney-General for a while before returning as the Prime Minister for a second time from 1977 to 1978.
In 1978, he became the Secretary-General of UNIP and remained in that position until February 1981. After being removed from UNIP's Central Committee, Chona returned to private legal practice. In 1984, he was sent to Beijing, where he spent five years in exile.
At the end of his term in China in 1989, he was transferred to Paris, where he served as an ambassador till 1992. After eventually returning to Zambia, he again entered private legal practice.
Major Works
He contributed greatly to the organization of UNIP and to Zambia's struggle for independence. He was widely respected in Zambia as a good administrator and as Kaunda's loyal lieutenant.
Personal Life & Legacy
On May 24, 1953, he married Yolanta Chimbamu Mainza and the couple had seven children together.
He died on December 11, 2001, while undergoing dialysis at Milpark Hospital in Johannesburg, South Africa, and was later buried in Monze, Zambia.
Recommended Lists:
Miscellaneous #10375
Leaders #8718
You May Like

See the events in life of Mainza Chona in Chronological Order 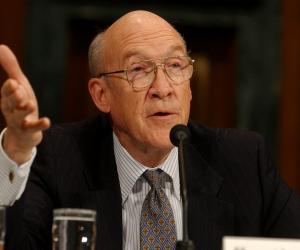