(Former President of the Republic of Zambia)
Advanced Search

Rupiah Banda is a Zambian politician who served as the President of Zambia from 2008 to 2011 before being defeated by Opposition leader Michael Sata. Born in Zimbabwe to migrant Zambian parents, he became interested in politics quite early on in life and became a member of the Zambian African National Congress (ZANC) headed by the late Harry Mwaanga Nkumbula. However, he soon left the party and moved on to the youth wing of Kenneth Kaunda’s United National Independence Party (UNIP). With time he rose in prominence and became an influential figure in Zambian politics. Prior to becoming the president he held several important diplomatic positions and was the Vice President during the administration of President Levy Mwanawasa. When the incumbent President Mwanawasa suffered a stroke, Banda had to take over the presidential responsibilities. After serving as the acting president following Mwanawasa’s death, he was formally elected the President of Zambia in 2008. As president he focused on the economic development of Zambia and played a key role in promoting trade with other countries. He had been a successful businessman before he plunged head on into politics and his business acumen helped him in rejuvenating trade and industry in Zambia. However, he has also been accused of corruption and abuse of authority because of which he lost his presidential immunity Zambian People
Black Presidents
Political Leaders
Black Political Leaders
Male Leaders
Childhood & Early Life
Rupiah Banda was born on 13 February 1937 in the town of Miko, Gwanda, Southern Rhodesia (now Zimbabwe) to Zambian migrant workers. His parents, Bwezani and Sarah Banda, had come to Zimbabwe in search of job opportunities.
He spent his childhood in Zimbabwe where he was initially sponsored by a local Dutch Reformed Church preacher and later by the family of B. R. Naik who helped him financially and enabled him to get a good education. The Naiks were prominent political activists and because of their association, Rupiah too became interested in politics from a young age.
He received his secondary education from Munali Secondary School where he proved to be a bright student. While at Munali, he became a member of the Zambian African National Congress (ZANC) headed by the late Harry Mwaanga Nkumbula.
He earned a scholarship to study at the University of Addis Ababa in Ethiopia. Here too he excelled academically and received a scholarship from the International Union of Students to study Economic History at Sweden’s prestigious Lund University and earned the equivalent of a Bachelors degree in 1964.
His interest in politics increased with time and eventually he became disillusioned with the ZANC’s moderate approach and left it to join the youth wing of Kenneth Kaunda’s United National Independence Party (UNIP).
While studying at Sweden he also served as UNIP’s Representative to Northern Europe and helped in spreading awareness about UNIP’s cause and secured scholarships for several Zambian students.
He returned to Zambia after completing his course in Sweden and enrolled at the National Institute for Public Affairs (NIPA) for a course in Diplomacy and International Relations.
Continue Reading Below
You May Like

Who Is The Most Popular BTS Member?
Career
Rupiah Banda began his diplomatic career as Ambassador to Egypt, a role he served in until 1967. This job was a very enriching experience for him as he gained invaluable experience in diplomacy and conflict resolution.
He became Ambassador to the United States in April 1967 and held this post for the next two years before he returned to Zambia to accept appointment as the Chief Executive of the Rural Development Corporation.
He embarked on his commercial career in 1970 when he was appointed as the General Manager of the National Agricultural Marketing Board (NAMBOARD) a forerunner to today’s Food Reserve Agency.
He also served as the General Manager of the Rural Development Corporation until 1974. During his tenure as the General Manager, he contributed towards the development of agriculture in the country.
He was made Zambia’s Permanent Representative to the United Nations in New York in 1974. During this period he also served as Chairman on the UN Council for Namibia. After about a year at the U.N., he was appointed to the Zambian Cabinet as Minister of Foreign Affairs (1975-76).
Rupiah Banda was elected as the UNIP Member of Parliament for Munali Constituency in 1978. At that time Munali was the largest constituency in the country as it comprised of what are current day Munali and Lusaka Central constituencies combined.
In 2006, the incumbent President Mwanawasa was re-elected and he appointed Banda as Vice-President in October 2006 along with a new cabinet. As Vice-President, he was entrusted the responsibility of improving relations with neighboring Zimbabwe.
President Mwanawasa suffered a stroke in June 2008 and Banda became acting President. Mwanawasa never recovered from his stroke and died while still hospitalized in Paris in August 2008 and Banda went on to narrowly win the October 2008 presidential election.
He stepped down from presidency in 2011 after Michael Sata, leader of the opposition Patriotic Front defeated him in the September 2011 presidential election.
Major Works
As president, Rupiah Banda gave priority to economic development of Zambia. Towards this end, he made efforts to promote Zambian trade with other countries.
Personal Life & Legacy
Rupiah Banda married Hope Mwansa Makulu, in 1966 and had three sons with her. Hope died of breast cancer in 2000 and he was devastated by the loss of his beloved wife.
He then met Thandiwe, a political science teacher, more than 30 years his junior. The couple went ahead with their relationship in spite of the huge age gap and got married. His second wife bore him a set of fraternal twins.
He has two sons from previous relationships in addition to the children from his two marriages.
You May Like

See the events in life of Rupiah Banda in Chronological Order 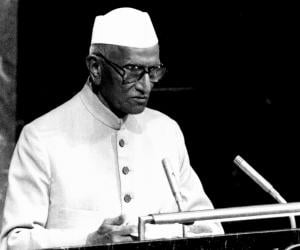 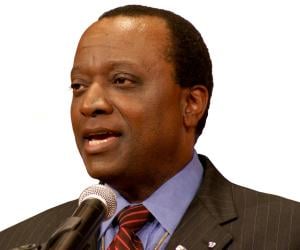