Moses ben-Maimon, commonly called Maimonides, was a distinguished Jewish philosopher of medieval times. Apart from being an eminent philosopher, he was also counted among the excellent Torah scholars and physicians of his times. Rambam is his other name. He was greatly admired for his works on Jewish law and ethics. With his impressive writings, he not only gained respect amongst most of the Jews but also in Spain, Iraq and Yemen. Maimonides also served as the honored head of the Jewish community in Egypt. His large fourteen volumes work “Mishneh Torah” till date holds canonical authority in regard of a codification of Talmudic law. In the Jewish “Yeshiva world”, he is regarded as “haNesher haGadol” (the great eagle) in acknowledgment of his preeminent status as a certified exponent of the Oral Torah. After his demise, he had been recognized as one of the chief rabbinical arbiters and philosophers in the entire history of Jews. Alan Watts
6th April In History
DID WE MISS SOMEONE?
CLICK HERE AND TELL US
WE'LL MAKE SURE
THEY'RE HERE A.S.A.P
Quick Facts

Maimonides was born Moses ben Maimon, in the year 1138, in Cordoba, Andalusia, which was located around modern-day Southern Spain. However, there is a debate about the exact year and date of his birth. Scholars are divided between 1135 and 1138 as his birth year. He was born during the Muslim ruled Almoravid Empire. It was also the time when the Jewish culture was seeing the final years of its golden age in the Iberian Peninsula.

He was born into an affluent family. His father Maimon ben Joseph was a Jewish judge who belonged to Spanish heritage. His family line was descended from the Davidic Line, tracing back its roots to King David.

Ever since he was young, Maimonides was interested in art, culture, science and philosophy. He ardently studied the Greek philosophers and was also deeply involved in studying the Islamic culture.

He was mostly taught by his father and some other affluent scholars. He extensively read the Arabic translations of the Greek philosophers’ works. He had incredible depth and versatility as he excelled in every subject.

When he was 13 years old, he witnessed a great tragedy. He was born in Islamic Spain when Jews were free to practice their religion. It changed when Cordoba was captured by Almohads, an extremist Islamic sect. They gave the Jews two choices- to convert to Islam or to leave the place. Most Jews, who decided to stay back, practised Judaism in secret and adopted an outer appearance of Muslims. Maimonides kept on with his Judaism studies in private. It went on for 11 years. 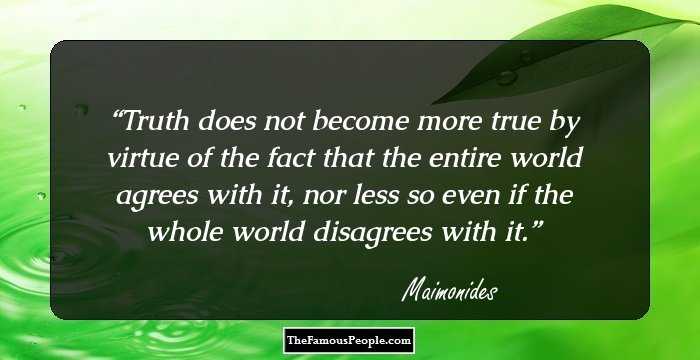 In 1159, the Maimon family moved to Morocco when living in Cordoba became difficult for them. Morroco was also ruled by the Almohad sect, but nobody knew them there, hence, their status as non-practising Muslims would have gone undetected.

Maimonides carried on with his studies of Greek philosophy, rabbinic and also began studying medicine. However, when one of his friends was caught for being a practising Jew and was executed, the Maimon family knew that they had to keep moving to be able to live.

The family thus moved to Palestine first and eventually settled in Egypt. In Palestine, they could not find the means of livelihood as the country was in a depressed economic state. They settled in Cairo, Egypt, which was a way more liberal society for a Jewish to practise their religion.

But tragedy struck the family there when Maimonides’ father and brother, David, both passed away within a matter of months. Moses thus inherited the responsibility of being the sole-bread earner of the family. He could not practice rabbinate as it did not pay well enough. He eventually made use of his education in medicine and became a physician.

Soon, he became very popular in Cairo as a physician and was eventually appointed as the court physician of Sultan Saladin, a major military leader of Egypt. His financial problems were solved. He also remained in private medical practice and also gave lectures on medicine in the state hospitals as well. 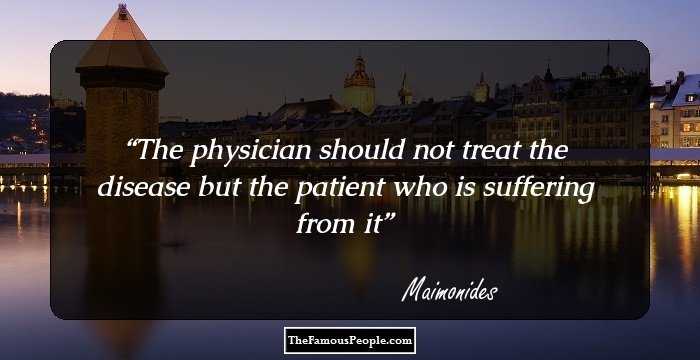 Since his early 20s, Maimonides was involved in writing his thoughts about Jewish law. One of his first works was titled Treatise on Logical Terminology, which he wrote at the age of 16 in Arabic. It was an in-depth study of various terms and concepts that involved the study of metaphysics and logic. He further wrote another important book titled Essay on the Calendar.

He possessed immense writing skills at such an early age and by his mid-20s, he had become a highly accomplished writer. Some of his best works are Kitab-al-Siraj, which was a commentary on Mishna. One of the key features of the work was the essays that deal with studying the philosophical concepts discussed in Mishna. He started writing it at the age of 23 and completed it in 10 years. Around that time, he began writing the work that he would be best known for, for generations to come.

At 33, he began writing Mishne Torah, which was his magnum opus. It was also known as the code of Jewish Law. It was written in Hebrew and presents a systemized structure of all Jewish laws and doctrines. It remains one of the most studied works for the Orthodox Jewish communities to this day.

He also wrote many books on science, medicine and other subjects that he excelled in. During his 40s, he lived a very busy life as a philosopher, Jewish scholar, scientist, teacher and physician. He also met many Jewish leaders from faraway areas and had discussions on many topics- such as what to do when offered a choice between death and conversion.

He also wrote Guide of the Perplexed, which is known as his most philosophical work. It was compiled as a series of letters he wrote to one of his former students. In the work, one of the most frequent questions asked by his student was how he could keep the Jewish faith alive while also walking on a progressive path of science and humanity. Maimonides answers these questions with philosophical reasoning, which also made him quite popular among the non-Jewish philosophers of the time.

The book, which was written in Arabic, was later translated to Hebrew, Latin and other European languages and became a great book on religious thought. Most of his work was influenced by the teachings of Aristotle and hence, the Greeks found his writings to be extremely relatable. In addition, Muslim scholars were also in his awe and he was a revered figure in both the Jewish and Muslim traditions.

His writings spread far and wide, to countries such as Iraq and Yemen. While his works had a long list of admirers, he also invited some critiques. He had become an unofficial head of the Egyptian Jewish community and despite some criticism towards his work, he remained one of the most acclaimed Jewish philosophers of his time.

Maimonides married twice, first to the daughter of Nathaniel Baruch and later to the daughter of Mishael ben Yeshayahu Halevi.  He had many children with his wives but only one child survived into adulthood, Abraham Maimonides, who was from his second wife.

Abraham became went on to become a highly regarded scholar and a medical practitioner. He later succeeded his father as court physician when he was 18.

Maimonides passed away on December 12, 1204. The cause of his death remains unknown. 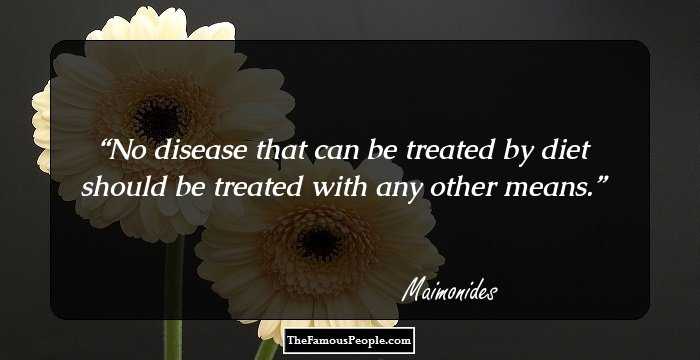 Quotes By Maimonides | Quote Of The Day | Top 100 Quotes

See the events in life of Maimonides in Chronological Order