Hypatia, also known as Hypatia of Alexandria, was a famed inventor, astronomer, mathematician and philosopher from Egypt, which was a part of the eastern part of the vast Roman Empire back then. She was the only child of Theon of Alexandria, who himself was a great mathematician and philosopher, adhering to the Pagan beliefs, which got him in the bad books of Christians. Against the norms back in those days, he brought up his daughter Hypatia as a son and taught her about philosophy, science, and mathematics and helped her increase her already sharp intellect. Hypatia, walking on her father’s footsteps, taught philosophy and mathematics in the Neo-Platonist school of Alexandria and among her pupils were almost all the sections of the society, namely Pagans and Christians. As she gained widespread fame as a mathematician and a scholar, her Paganism way of teaching and living got in the eyes of Christians and she started receiving threats. Meanwhile, among all the chaos, she kept teaching and providing her father a helping hand with his researches and her popularity spread around widely. Her being a woman contributed to the hatred she earned from the supporters of Christianity and she became victim of a painful death from a Christian mob while travelling down a street due to the allegations of spreading hatred and practicing black art.

Henri Poincare
DID WE MISS SOMEONE?
CLICK HERE AND TELL US
WE'LL MAKE SURE
THEY'RE HERE A.S.A.P
Quick Facts

See the events in life of Hypatia in Chronological Order 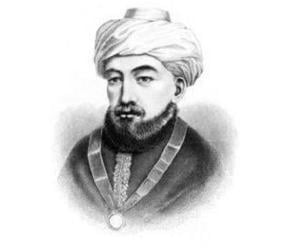