Kabir was a much revered 15th-century Indian mystic poet and saint whose writings inspired people hailing from all faiths including Hindus, Muslims and Sikhs. Several of his verses are included in the Sikh’s Holy Scripture Adi Granth. The details surrounding his birth are obscure though it is known that he was raised in a Muslim family and was later greatly influenced by the Hindu bhakti leader Ramananda. It is believed that he was spiritually inclined from a young age and grew up to be critical of both Hinduism and Islam. An independent thinker, he questioned the futile and meaningless rituals followed by the adherents of both Hinduism and Islam, and suggested that the True God is only with the person who is on the path of righteousness and considered all creatures on earth as his own self. Because of his criticism of religions, he was threatened by both Hindus and Muslims but that did not deter the great poet from expressing his views. He was associated with the Sant Mat, a group of teachers that assumed prominence in the northern part of the Indian sub-continent from about the 13th century. One of the Sant Mat sects is the Kabir Panth, a religious community that recognizes him as its founder. Indian People
Philosophers
Indian Men
Male Poets
Male Writers
Childhood & Early Life
The details regarding Kabir’s birth are obscure. Some sources favor 1398 as the year of his birth while others state that he was born around 1440.
According to one legend about him, he was born to a Brahmin unwed mother in Varanasi by immaculate-conception who then abandoned the newborn infant. A childless Muslim couple is said to have adopted the baby and raised him as their own. However, modern historians state that there is no historical evidence to support this legend. According to the Indologist Wendy Doniger, Kabir was born into and raised by a Muslim family.
Kabir grew up to be a spiritually inclined young man and is widely believed to have become a disciple of the Bhakti poet-sant Swami Ramananda in Varanasi. The Swami was known for devotional Vaishnavism with a strong bent to monist Advaita philosophy and he taught that God was inside every person and everything. 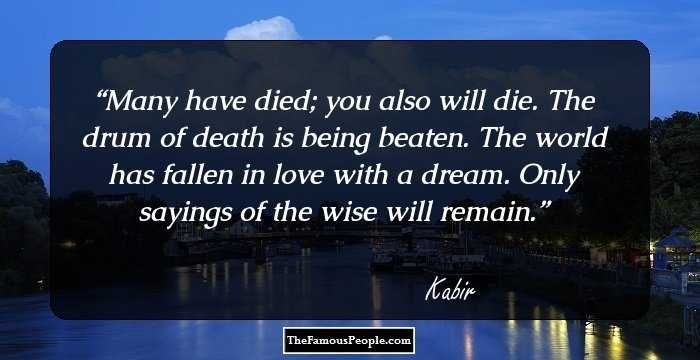 Quotes: You, Death, Love, Will
Continue Reading Below
Later Years
While Kabir was influenced by the concepts of Brahmanic Hinduism, Hindu and Buddhist Tantrism, teachings of Nath yogis, and imageless God of Islam, he was strictly against the rituals and meaningless practices of organized religions.
He composed verses prolifically, and his works reflect his own universal view of spirituality. According to him all life is an interplay of two spiritual principles. One is the personal soul (Jivatma) and the other is God (Paramatma), and salvation is the process of bringing into union these two divine principles.
His poems were in vernacular Hindi, written in an earthy style, replete with imagery. There were elements borrowed from various dialects including Avadhi, Braj, and Bhojpuri in his writings. His verses, mostly in the form of songs called padas and rhymed couplets called dohas covered various aspects of life and call for a life of righteousness spent in the loving devotion of God. His verbally composed poems of wisdom were called “banis” (utterances).
The poems which he verbally composed in the 15th century were transmitted viva voce through the 17th century. One of the most popular collections of his works, ‘Kabir Bijak’ was compiled and written down for the first time in the 17th century. Other literary works with compositions attributed to Kabir include ‘Kabir Parachai’, ‘Sakhi Granth’, ‘Adi Granth’ (Sikh), and ‘Kabir Granthawali’ (Rajasthan). Different versions of these works exist.
Kabir was involved with the Sant Mat, a loosely associated group of teachers that became prominent in the Indian subcontinent from about the 13th century. The tenets of the Sant Mat were based on an inward, loving devotion to a divine principle that clearly departed from the qualitative distinctions of the Hindu caste system. 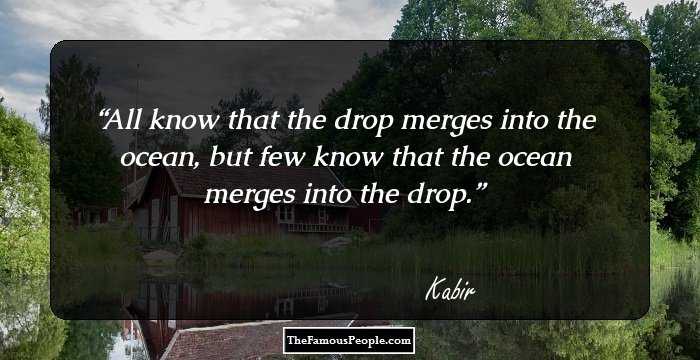 Major Works
Kabir was a saint and a poet who firmly believed in the unity of God and denounced the caste system. He preached a religion of love which aimed at promoting unity amongst all castes and creeds, and verbally composed many verses reflecting his beliefs. Many of his compositions were compiled by his followers in the years following his death, the most notable of which is the ‘Kabir Bijak’. Several of his verses are also included in the Adi Granth, the holy scripture of Sikhism.
Personal Life & Legacy
According to some traditional legends, Kabir led a life of celibacy and never married. However, other sources suggest that he was likely married to a woman called Dhania and had at least two children—a son named Kamal and a daughter named Kamali.
Like several details regarding his personal life, the details surrounding his death too are unclear. He died in either 1448 or 1518.
Following the great saint’s death, his followers carried forward his legacy by forming the Kabir Panth as a sect of Sant Mat. The Kabir Panth recognizes him as its founder and the followers observe sanctity and purity in their daily lives and behavior as taught by Kabir. The Bijak is one of the most sacred books of the Kabir Panth sect. 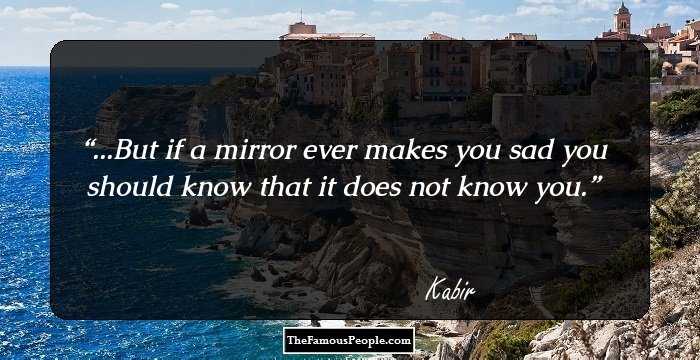 See the events in life of Kabir in Chronological Order