Ma Ying-jeou is a Taiwanese politician and the current President of Republic of China (Taiwan). Born in a politically active family, Ma became an active member of Kuomintang (KMT) Party early in life. He was included in the party’s Central Committee when he was around 31 years old. Very quickly he was spotted by President Chiang Ching-kuo and was appointed as the President’s Secretary and his English interpreter. The post gave him the chance to move around in the highest circle and witness many historical events from a close quarter. However, his fresh outlook, relatively mild manners and academic background have also played equally important part in forming his image. Indeed, he is taken as an honest and upright person, who has time and again promised to provide corruption free government that would work for economic revival of Taiwan. On relation with mainland China, he prefers to maintain the status quo of ‘No Unification, No Independence and No Use of Force’. Instead he is trying hard to develop a friendlier cross strait relation with Mainland China. 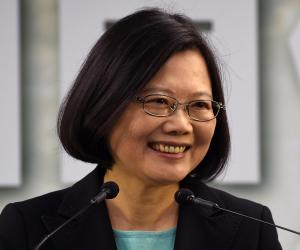 Viktor Orbán
DID WE MISS SOMEONE?
CLICK HERE AND TELL US
WE'LL MAKE SURE
THEY'RE HERE A.S.A.P
Quick Facts

Taiwanese People
New York University
Male Leaders
Cancer Leaders
Taiwanese Leaders
Early Career
On returning to Taiwan in 1981, Ma began to teach law at National Taiwan University. At the same time, he became the Deputy Secretary-General of the KMT's Central Committee.
Very soon, Ma was appointed as Deputy Director of the First Bureau of the Presidential Office under President Chiang Ching-kuo. In this capacity, he served as the President’s Secretary and also his English interpreter.
At that time, martial law was in force in Taiwan. In 1986, Ma was given the task of exploring the possibility of lifting the law and reforming the country’s parliamentary system. He was also asked to find out if it was possible to allow the Taiwanese citizens to visit their mainland relatives.
In July 1988, Ma became the Minister of Research, Development and Evaluation and served till June 1991. At the same time, he was given responsibility to form Mainland Affairs Task Force. Later he became its executive secretary. When the Mainland Affairs Council was formed in 1991, he became its Vice Chairperson.
In 1993, Ma was appointed the Minister of Justice. He immediately started a crusade against organized crime, corruption and drugs. In addition, he also reformed prison conditions and started investigations on complaints of vote buying. He served in this capacity till 1996.
In 1996, Ma was appointed minister without portfolio. He resigned from the post in May 1997 and joined the College of Law, National Chengchi University as a professor of law. However, he did not give up his political aspirations.
Continue Reading Below
You May Like

Who Is The Most Popular BTS Member?
Mayor of Taipei
In 1998, Ma Ying-jeou decided to take part in the mayoral election of Taipei. Since incumbent mayor Chen Shui-bian had high public approval rating it was a hotly contested election. In the end, Ma, whose campaign was based on novel ideas and fresh outlook, secured 51.13% votes and won the race.
Ma also won the mayoral election of 2002 and retained his position for a second term. Thus he was the Mayor of Taipei from 1998 to 2006 and within these eight years he transformed Taipei into a world class cosmopolitan city.
In 2005, Ma Ying-jeou stood for the post of the chairman of KMT. In the campaign, he gave a call for social as well as organizational reform within the party. His fresh views attracted the younger generation. Ultimately he won the election with a thumping majority and became Chairman of KMT.
In late 2006, it was alleged that as the Mayor of Taipei, Ma has diverted a large amount of government fund under his discretionary power into his private account. He was formally indicated with the charge in May 2007. Ma responded by tendering his resignation both from the chairmanship of KMT Party and as Mayor of Taipei.
At the same time, he announced that he would stand for presidential election to be held in 2008. Ultimately, he was declared innocent by the highest court of the country. Opinion polls also showed that 70% of the citizens believed in his innocence.
President
During the presidential campaign, Ma Ying-jeou visited thousands of villages and towns often on bikes. During such trips, he stayed with the ordinary citizens, listening to their views. Such intimate and positive campaign yielded the desired results.
On March 22, 2008, he won the Presidential election with 58% votes and formally became the 12th President of Taiwan on May 22. In his inaugural speech, Ma promised to institute a clean government and also to ease regulations so that the economy of the country can bloom.
During his first term as the President of Taiwan, Ma had to face many challenges, many of which originated outside the country’s border. In spite of that, he worked steadily towards his goal of improving the economic scenario of the country and by 2010, the country experienced a 10% economic growth.
Relation with mainland China also improved during this period; the two countries were now connected by air and sea. Mail service between the two was also established. However, his prime goal was to see that sovereignty of his country remains unimpaired.
Within a year of winning the presidential election, Ma Ying-jeou ran for the Chairmanship of the KMT Party once more. He won the election held on June 25, 2009 and was inaugurated on September 12 of the same year.
In 2012, Ma stood for the post of the President for a second term and won by garnering 51.6 % votes. His campaign was based on his administrative record. He also promised to put an end corruption and improve ties with Mainland China.
Ma was inaugurated as the 13th President of Taiwan on May 20, 2012. In his inaugural speech, Ma stressed that to prosper the country must undergo total reform. About the country’s relation with mainland China, he said that the constitution was supreme and steps would be taken in accordance with its directives.
Personal Life & Legacy
Ma Ying-jeou married Chow Mei-ching, in 1977, in New York. On coming back to Taiwan she started working in Mega International Commercial Bank. To avoid conflict of interest she left the job when Ma became President. The couple has two daughters; Lesley (Ma Wei-chung) and Kelly (Ma Yuan-chung).
Trivia
To support Ma’s education at the Harvard School of Law, Mrs. Ma took up different jobs including the post of a maître d’hôtel at a Chinese restaurant, research assistant and assistant librarian.
Ma Ying-jeou family sponsors children belonging to the low-income groups in El Salvador through World Vision.
You May Like 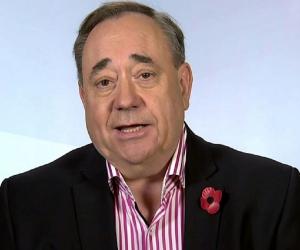