Advanced Search
Ahmed Chalabi was an Iraqi politician who served as deputy Prime Minister of Iraq between 2005 and 2006. He also served as an Oil Minister for a brief period between 2005 and 2006. Chalabi was a controversial personality - more known for his controversies than his work and figured in as a scandalous subject in the US foreign policy. He was tagged ‘Washington of Iraq’ by the American supporters. He was also touted as the single most person responsible for contorting US policy towards Iraq. The book ‘Arrows of the Night’, written by Richard Bonin outlines the chilling chronicles of how Chalabi was successful in conning almost everyone including American establishment, Central Intelligence Agency, Iran’s intelligence chief in overthrowing Sadam Hussein out of gear. It was the common interest between Chalabi and the US that made them come together to work for a regime change by deposing Saddam Hussein from power. Chalabi was able to manipulate the U.S. government into invading Iraq. Nouri al-Maliki
DID WE MISS SOMEONE?
CLICK HERE AND TELL US
WE'LL MAKE SURE
THEY'RE HERE A.S.A.P
Quick Facts

Iraqi Celebrities
University Of Chicago
Male Leaders
Iraqi Leaders
Scorpio Leaders
Childhood & Early Life
Ahmed Chalabi was born on 30 October 1944 in Baghdad. He hails from one of the richest, prominent and elite families Shia families of Baghdad. In 1956, Chalabi and his family left Iraq due to deteriorating political situation. He spent most time in the United States of America and United Kingdom.
Ever since the time they fled, Chalabli was perennially obsessed with overthrowing the regime in Bhagdad which was led by Sadam Hussien.
He received a bachelor of science degree in mathematics from the Massachusetts Institute of Technology in the mid-1960s and earned his Ph.D. in mathematics from the University of Chicago, in 1969.
Continue Reading Below
Career
Soon after Chalabi obtained his PhD, he took up a position in the Mathematics Department at the American University of Beirut.
Chalabi founded the Petra Bank in Jordan in 1977. At that time, an order was passed for all banks to deposit 35% of their reserves with the Central Bank. All banks complied with this barring Petra Bank.
After a thorough investigation, Petra Bank was accused of false accounting which led Chalabi to flee from the country before the authorities could take action. He was convicted in absentia for a bank fraud by a Jordanian military tribunal. He was slapped with a charge of 22 years of prison if he ever attempted to enter Jordan again.
The controversy surrounding Chalabi had just started growing when he was made the head of the Iraqi National Congress, an umbrella position group that received a lot of support and money from the American Government as the group attempted to overthrow the Saddam rule.
Chalabi fled the country again when lot of his supporters were killed while organizing a resistance movement among Kurds in Northern Iraq in mid 1990s.
Chalabi was instrumental in persuading the US government and US media specially the ‘New York Times’ about Sadam Hussein possessing weapons of mass destruction and having the wherewithals to make them. The U.S. finally invaded Iraq in 2003. After the U.S invasion of Iraq, he was accommodated in the Iraq interim governing council by the Coalition Provisional Authority. He served as president of the council in September 2003. He denounced a plan to let the UN choose an interim government for Iraq.
During the period from March 2000 to September 2003, the U.S. State Department paid nearly $33 million to the Iraqi National Congress (INC). Chalabi's Iraqi National Congress was paid about $335,000 per month by the Defense Intelligence Agency until 28 May 2004. Later in 2004, the US government discontinued the payment for Chalabi.
When Chalabi fell out with the United States Department, he found a new political position as a Champion of Iraqi’s Shi’ites.
Chalabi along with other members of the INC were accused for fraud involving the exchange of Iraqi currency, major theft of both national and private assets, and various other criminal charges.
In 2005, he earned back enough trust to be named as deputy Prime Minister as well as acting oil minister. He assumed the office of deputy prime minister on 28 April 2005. In the elections held in December 2005, Chalabi’s alliance failed to win a single seat in Parliament.
In 2007, Chalabi was appointed by Iraqi Prime Minister Nouri al Maliki to head the Iraqi services committee. The committee's task included restoring electricity, health, education and local security services to Baghdad neighbourhoods.
In January 2012, Western intelligence agencies alleged that Chalabi was working with the leading opposition group in Bahrain, Al Wefaq National Islamic Society.
Personal Life & Legacy
In 1971, Chalabi married Leila Osseiran, daughter of Lebanese politician Adil Osseiran. The couple have four children.
In 2008, he had a narrow escape when his motorcade was attacked in the Tony Mansour neighbourhood of Bhagdad. At least 5 people from Chalabi’s group were killed.
Ahmed Chalabi died on 3 November 2015, apparently after a heart attack at his home in Kadhimiya, Baghdad.
Trivia
Chalabi also reportedly misled a team of reporters from ABC News and British publications by arranging interviews with 'Saddam's Mistress,' Parisoula Lampsos, who peddled countless lies about a meeting between Hussein and Osama Bin Laden.

See the events in life of Ahmed Chalabi in Chronological Order 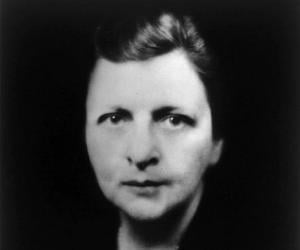