Ľudovít Štúr was a Slovak politician, poet and philosopher who served as the leader of the Slovak national revival in the 19th century. He was also the author of the Slovak language standard which gave rise to the contemporary Slovak literary language. Born into a teaching family, he received his basic education from his father and later attended the prestigious Lutheran Lýceum. During this period, he also became a member of the Czecho-Slovak Literary Society, and was later elected to the post of its chairman which led to a steady increase in the members of the society. After completing his theological studies, he remained at the Lyceum, teaching the history of Slavic literature and writing poetry. He emphasized on the fact that Slovaks were one nation and that they therefore had a right to their own language, culture, schools, and particularly political autonomy within Hungary. Subsequently, he and his friends decided to codify the Slovak language standard, based on central Slovak dialects, which is used even today.Towards the end of his life, he encountered several personal tragedies and lived in Modra under police surveillance where he focused on literary, scholarly, and publicist activities. Mikuláš Dzurinda
Political Leaders #4586
Revolutionaries #203
Writers #5130
DID WE MISS SOMEONE?
CLICK HERE AND TELL US
WE'LL MAKE SURE
THEY'RE HERE A.S.A.P
Quick Facts

Slovak People
Political Leaders
Slovak Men
Male Leaders
Male Writers
Childhood & Early Life
Ľudovít Štúr was born on October 28, 1815, in Uhrovec in the Kingdom of Hungary, to Samuel Štúr, a teacher, and his wife, Anna Štúr. He was the second child in the family.
He received his basic education and the knowledge of Latin from his father. Between 1827 and1829, he studied history, along with German, Greek and Hungarian languages from a lower grammar school at Győr.
From 1829 to 1836, he was enrolled at the prestigious Lutheran Lýceum in Pressburg and also became a member of the Czech-Slav Society and developed an interest in all Slav nations.
He remained active in the historical and literary circle of the Czech-Slav Society and established contacts with important foreign and Czech scholars. In December 1834, he was elected as the secretary of the Czech-Slav Society at the Lýceum.
Continue Reading Below
You May Like

The Hottest Male Celebrities With The Best Abs
Career
In May 1835, he was appointed the co-editor of the ‘Plody’ ("Fruits") almanac, a compilation of the best works of the members of Czech-Slav Society. Later, he was appointed as the vice-president of the Czech-Slav Society, and taught the history of the Slavs and their literatures to older students at the Lyceum.
In 1836, Ľudovít Štúr proposed the creation of a unified Czechoslovak language but the Czech did not approve of it. Thus, he and his friends decided to introduce a completely new Slovak language standard instead.
In April 1836, as the vice-president of Czech-Slav Society, he led the famous trip to Devín Castle undertaken by the members of the Slovak national movement.
Between 1836 and 1838, L'udovit Stur served as a non-stipendiary assistant in the department of Czechoslovak Language and Literature at the Lyceum, and taught history of Slavic literature.
His first poem titled ‘Óda na Hronku’ ("An ode to Hronka") was published in printed form for the first time in 1837. Later, he founded the Institute of the Czechoslovak Language and Literature which resumed the activities of the Czech-Slav Society.
He then traveled to Germany, where he studied linguistics, history and philosophy at the (Protestant) University of Halle from 1838 to 1840. During this time, his poetic cycle ‘Dumky večerní’ (‘Evening thoughts’) was published in the Czech journal ‘Květy’.
In 1840, he returned to Bratislava and started working in the Evangelic Lutheran Lyceum, teaching courses of grammar and Slav history. Alongside, he also remained actively involved with the Institute of Czechoslovak language.
Between 1841 and 1844, he served as the co-editor of Palkovič's literary magazine, ‘Tatranka’. From 1845 to 1848, L'udovit Stur published ‘Slovenskje narodňje novini’, the first Slovak political newspaper, and a literary supplement, ‘Orol tatrański’.
In the late 1840s, he became a deputy in the Hungarian Diet and took part in the Prague Uprising of 1848. Štúr and his colleagues formed the Slavic Congress of Prague and led the struggle of the Slovaks for national liberation in the revolution of 1848–49.
One of his later works on literature and aesthetics was ‘On the Folk Songs and Stories of the Slavic Tribes’ (1853). Some of his other literary works were poetry collection ‘Lyrics and Songs’ (1853), and the narrative poems, ‘Sviatoboj’ (1853) and ‘Matúš From Trenčin’ (1853).
Major Works
Ľudovít Štúr gave five important speeches at the Hungarian Diet, in which he stressed on the abolishment of serfdom in Hungary, the introduction of civil rights and the use of the Slovak language for teaching in elementary schools.
Personal Life & Legacy
Ľudovít Štúr faced several personal tragedies in his later life beginning with the death of his brother, Karol, in 1851. Thereafter, Stur took responsibility for Karol’s seven children and lived in Karol's house in Modra under police supervision.
In March 1853, his girlfriend, Adela, died in Vienna. He took care of his ill mother in Trenčín, before she too passed away in August 1853.
In December 1855, he accidentally shot and wounded himself during a hunt near Modra. Ľudovít Štúr died on January 12, 1856, in Modra, at the age of 40
Recommended Lists:
Leaders #5928
You May Like

See the events in life of Ľudovít Štúr in Chronological Order 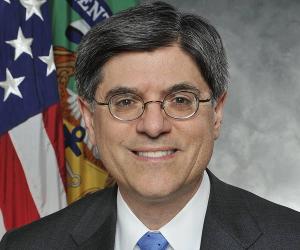