Lidia Bastianich is a renowned and an award winning Italian-American chef, television host, bestselling author and a restaurateur. As a television show host, she has presented numerous successful shows including Lidia's Italy, Lidia's Italy in America, Lidia's Kitchen and Lidia Celebrates America television series. As a successful restaurateur, she runs several Italian restaurants in the US including Felidia, Del Posto and Becco. She has collaborated with her daughter and son-in-law to develop her own line of sauces and pasta while along with her son and Italian business magnet Oscar Farinetti, she opened Eataly, the Italian food and wine marketplace in the US. Over the years, she has authored/co-authored numerous books including cookbooks, children literature and also a memoir. Her culinary skills as well as television work have won her numerous awards over the years including two Emmys. Image Credit
https://www.youtube.com/watch?v=eM0Uw3KEiL0
(Your Morning)
Previous   Next
Continue Reading Below

Ettore Boiardi
Restaurateurs #41
Chefs #42
Business People #306
DID WE MISS SOMEONE?
CLICK HERE AND TELL US
WE'LL MAKE SURE
THEY'RE HERE A.S.A.P
Quick Facts

Lidia Bastianich was born to Erminia and Vittorio Matticchio on 21st February 1947, in Pula city on the Istrian peninsula. She has a brother, Franco.

The city was earlier a part of Italy; however, it came under Yugoslavia in 1947. Her family suffered under the communist regime of Yugoslavia. They could not speak their native Italian language and even had to change their surname from Matticchio to Motika.

In 1956 the family escaped to Trieste, Italy and became refugees at Risiera di San Sabba. In the next two years, her mother worked as a cook-housekeeper and her father as a chauffeur. She, herself, helped in her school kitchen.

Ultimately in 1958, the family, with the help of their sponsors, Catholic Relief Services, moved to the US and settled in Queens, New York.

Lidia Bastianich began working part-time, at the age of fourteen. She even worked at a bakery owned by actor/director Christopher Walken's father for some time.

After completing her high school, she turned a full time employee at the pizzeria in Manhattan.

In 1971, the now married couple - Lidia and Felix Bastianich – opened their first restaurant - Buonavia - in Queens. The restaurant served Italian-American food. A year later, she began training as assistant chef in the restaurant.

Buonavia became successful and paved way for the opening of a second restaurant in Queens - Villa Secondo. The restaurant became even more successful and grabbed the attention of food critics. She began giving live cooking demonstrations too.

In 1981, in a big move, the couple sold off both their restaurants in Queens and opened a new one in Manhattan. It was called Felidia (combining Felice and Lidia) and eventually became their flagship restaurant.

The year 1993 was significant as it was then that her son, Joseph, decided to quit his career as a Wall Street bond trader to open another restaurant in Manhattan in partnership with his parents. The restaurant, Becco, was yet again a huge success.

It was also in 1993 that Lidia Bastianich got invited to the show of well-known American television personality and cooking teacher, Julia Child. Her performance in the show Julia Child: Cooking With Master Chefs gave her immense confidence to further grow her own business.

Two more restaurants were opened. The first, Lidia's Kansas City, came up in 1998 while the second Lidia's Pittsburgh opened in 2001. Yet again, in 1998, her first television show - Lidia's Italian Table – began airing on Public Television.

In 2010, her production company - Tavola Productions - produced a TV short for children - Lidia's Christmas Kitchen: Nonna Tell Me a Story – which was aired on Public Television.

In 2010, a collaboration between Italian business magnate, Oscar Farinetti, Lidia and her son, Joseph, resulted in the opening of the largest artisanal Italian food and wine market place – Eataly – in New York. It offers visitors a chance to shop for fresh high-quality produce, Italian housewares and wines. It also gives cooking lessons and conducts tours.

The year 2010 also saw her launching her own line of commercial cookware and serving ware called Lidia's Kitchen. In collaboration with her daughter, Tanya and son-in-law Corrado Manuali, she launched Nonna foods which makes available LIDIA'S food products – artisanal pastas and all natural sauces.

From 2012, she became an executive producer for the show.

She also turned host and executive producer for shows Lidia's Italy in America (2011-2012) and Lidia's Kitchen (2013-2020). A number of episodes of the latter show is now available on Amazon Prime.

She has a YouTube channel too where she shares videos on her own life, family, restaurants and Italian food.

Over the years Lidia Bastianich has co-authored, along with her daughter Tanya Bastianich Manuali, numerous cookbooks. These include Lidia's Italy (2007), Lidia Cooks from the Heart of Italy (2009) Lidia's Italy in America (2011), Lidia's Favorite Recipes (2012), Lidia's Commonsense Italian Cooking (2013), Lidia's Mastering the Art of Italian Cuisine (2015) and Lidia's Celebrate Like an Italian (2017).

In 2019, the two, along with Fortunato Nicotra, co-authored their first restaurant cookbook Felidia: Recipes from My Flagship Restaurant.

In the year 2002, Senator George Onorato honoured her with the title of The First Lady of Italian Cuisine and Restaurants in the United States.

In the year 2013, she was inducted into Culinary Hall of Fame.

In the year 2019, she was honoured with two awards - Master of the Aesthetics of Gastronomy Award from Culinary Institute of America and Premio Artusi award by the Scientific Committee of Casa Artusi.

Lidia Bastianich met Felix Bastianich when she was sixteen and married him in 1966. They have a son – Joseph born in 1968 and daughter Tanya born in 1972.

See the events in life of Lidia Bastianich in Chronological Order 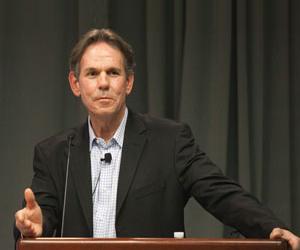