Advanced Search
Gabriele Corcos is an Italian celebrity cook, television personality, and entrepreneur. He is the host, creator, and producer of the Cooking Channel’s cooking show ‘Extra Virgin’. He is also the author of ‘Extra Virgin’, one of the New York Times best-selling cookbooks. Besides these, he is the owner of The Tuscan Gun Officine Alimentari shop that specializes in cuisine from his home country as well as his American staple recipes. Corcos, who is extremely benevolent, has involved himself with many anti-hunger charities. He once competed in Food Network's ‘Chopped’ and supported the charity Feeding America. He also once participated in ‘Live Below the Line Challenge’ along with his family. The Italian celebrity chef, who became a part of Food Bank For New York City in 2014, hosted a pop-up dinner series that year which in turn benefited the Food Bank. An interesting fact: very few people know that Corcos studied medicine at the Italian army academy as well as religiously studied music before pursuing his culinary career! Giada De Lauren...
DID WE MISS SOMEONE?
CLICK HERE AND TELL US
WE'LL MAKE SURE
THEY'RE HERE A.S.A.P
Quick Facts

Italian People
Italian Men
Male Chefs
Italian Chefs
Male Tv Presenters
Career
Gabriele Corcos, along with his wife, started filming their kitchen recipes and posted one of the recipes on YouTube. On getting positive feedback, they then started posting the recipes regularly and in turn received countless emails from people. In 2006, their blog and web series named ‘Under the Tuscan Gun’ came out. After a period of time, the couple got the offer to host a cooking show from the Cooking Channel. Their show titled ‘Extra Virgin’ premiered in 2011. Previously, Corcos had also appeared on ‘Unique Eats’.
In 2012, he was appointed the executive chef of Montauk Yacht Club. Three years later, he opened The Tuscan Gun Officine Alimentari shop. This shop, which is located in Brooklyn, New York, specializes in cuisine from his home country as well as his American staple recipes. The Italian chef then hosted ‘Extra Virgin Americana’ in 2016 along with his wife. Since 2011, Corcos has been participating in both Food Network South Beach Wine & Food Festivals and Food Network New York City. In 2015, he also hosted the Ronzoni Italian Feast event at a festival.
Corcos authored the cookbook titled ‘Extra Virgin: Recipes & Love from Our Tuscan Kitchen’ that was released in May 2014. Featuring 120 recipes, this cookbook showcased both Tuscan-inspired dishes and authentic Tuscan dishes. The cookbook peaked at the No.1 position on Amazon's Italian Cooking rankings initially and later on remained in the top 10 list as of October 2015. ‘Extra Virgin: Recipes & Love from Our Tuscan Kitchen’ was also included in the New York Times Best-Seller list of 2014.
Recommended Lists:

Italian Food Experts
Italian TV Presenters
Male Media Personalities
Italian Media Personalities
Continue Reading Below
Personal Life
Gabriele Corcos was born on October 7, 1972 in Fiesole, Italy. He has a brother named Fabio. After graduating from high school, Corcos entered the Italian Army and studied medicine in the military academy. Later on, he studied drums and performed in many countries.
In 2001, the Italian chef met his future wife, Debi Mazar, and got married to her a year later. Together the couple has two daughters: Evelena and Guilia.
Recommended Lists: 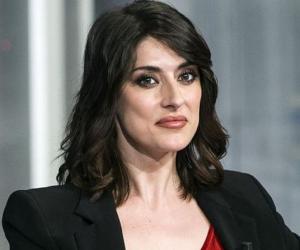 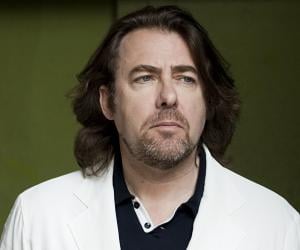 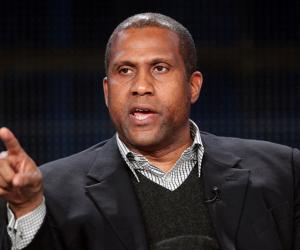 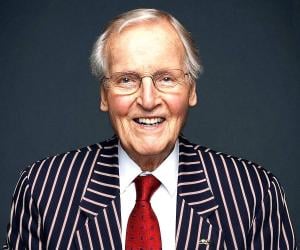