(Educator & Social Reformer He is Considered the "Father of Bengali prose")

Advanced Search
The social reformer who strived to make life better for the women of India and pushed the British government to pass the Widow Remarriage Act, Ishwar Chandra Vidyasagar was a Bengali polymath who lived during the 19th century. Vidyasagar was a brilliant man, an educator by profession; he was deeply pained by the injustices faced by several sections of the Indian society. He was moved particularly by the plight of child widows who were often ill-treated and tortured. He played a key role in convincing the British government to allow for the remarriage of these innocent young girls so that they could have a second chance at life. In addition to being a social reformer, he was also a writer, philosopher, entrepreneur and philanthropist. He was a key figure of the Bengal Renaissance which had begun with Raja Ram Mohan Roy who was among the first Indians to challenge the traditional norms of the society. Vidyasagar had a deep love of learning and it is no surprise that he became an educator. He was a kind hearted man who tried his best to reform the society so that the downtrodden like so-called lower castes and widows could also live a dignified life. Indian People
Social Reformers
Indian Men
Indian Educators
Male Philosophers
Childhood & Early Life
He was born to Thakurdas Bandyopadhyay and Bhagavati Devi in a small village. When he was six years old he was sent to Calcutta to stay with Bhagabat Charan.
Bhagabat Charan had a large family which was very affectionate towards the little boy. The youngest daughter of the house especially doted on him, and this imbibed in him a great respect and concern for the women, which later influenced his social activities.
His thirst for knowledge was so great that he used to study under the street lights as he could not afford to buy a gas lamp. He was a good student and earned a number of scholarships to further his education.
He attended the Sanskrit College, Calcutta where he studied Sanskrit Grammar, Literature, Vedanta, Smruti and Astronomy, and passed out in 1841. Meanwhile he had also cleared his Law examination in 1839.
Due to his in-depth knowledge in Sanskrit and philosophy, he received the title “Vidyasagar” from Sanskrit College.
Continue Reading Below
Career
He joined Fort William College (FWC) as a Principal Lecturer in 1841. G.T. Marshall who was the secretary of the college was much impressed by the young man’s dedication and hard work. He worked in the college for five years.
In 1846, he joined the Sanskrit College as Assistant Secretary. During his first year he suggested several changes to the existing education system. This did not go well with the College Secretary Rasomoy Dutta.
Vidyasagar resigned due to the differences with Dutta, and temporarily took up the position of head clerk position at FWC on Marshall’s advice. He joined the Sanskrit College again in 1849 as a professor of literature and was made the principal of the college in 1851.
He was made the special inspector of schools in 1855. He traveled around Bengal and visited schools. During his travels, he witnessed the pathetic conditions in which people lived. Superstitions and blind faith were prevalent due to lack of education.
This motivated him to establish schools all over Bengal to spread the light of education. Within two months he arranged for 20 schools to be built. In order to encourage gender equality, he also established 30 schools exclusively for girls.
The FWC was closed in 1854 and a Board of Examiners was created in its place. He was an active member of the board.
The Education Department had a new head by now who did not give Vidyasagar the freedom or the respect he deserved to go about his work. Thus he resigned from the Sanskrit College in 1854.
Disturbed by the plight of child widows in India, he worked hard to make life better for these young girls and women. He was a staunch believer in the remarriage of widows and tried to create awareness about this issue.
One of the major factors contributing to the increase in number of child widows was the fact that many wealthy men of high castes used to have numerous wives which they would leave behind as widows upon their death. Thus Vidyasagar also fought against the system of polygamy.
He was a very kind hearted person who felt sorry for the sick, poor, and downtrodden. He used to donate money from his salary to the needy regularly. He also nursed sick people back to health, admitted students of so-called lower castes to his college, and cremated unclaimed bodies at the crematorium.
As an academician he reconstructed the Bengali alphabet and laid the base for Bengali prose. It is he who reformed Bengali typography into alphabets consisting of twelve vowels and forty consonants.
Major Works
He is best remembered for his relentless efforts in fighting the injustices meted out to women, especially widows. Moved by the plight of child widows, he persuaded the British Government to take action and pushed for it to pass The Hindu Widows' Remarriage Act, 1856.
Personal Life & Legacy
In 1834 when he was 14 years old he married Dinamani Devi. The couple had one son, Narayan Chandra.
He was very unhappy with his family due to their narrow-mindedness and went to live with the Santhals at ‘Nandan Kanan’ in the district of Jamtara where he spent the last two decades of his life. During his later years his health deteriorated and he died in 1891. 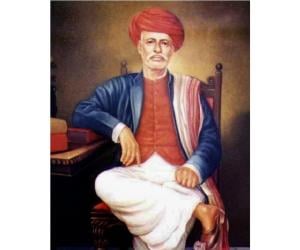