J.M.W. Turner was an English Romanticist landscape painter who is most renowned for the dramatic and atmospheric treatment of light in his works. Born in London, his father was a barber and due to his mother's unstable mental condition, the young Turner was sent to live with his uncle in rural England. It was during this period that he began his artistic career and after serving as an assistant to various architects at a young age, he was enrolled in the Royal Academy of Arts at the age of 14. He was a successful artist from an early age and established a pattern of work in which he used to travel during the summer, sketching and finding inspiration, and returned home to develop his paintings during the winter. He traveled extensively in Britain and also made trips to Switzerland, Paris and Italy, returning to Venice a number of times. Inspired by the works of art as well as the light and scenery, some of his most remarkable paintings include 'Fishermen at Sea' and 'Rain, Steam and Speed'. As a landscape painter, he brought luminosity and Romantic imagery to his subjects and by the end of his life, Turner's painting had become almost abstract. Known as the ‘Painter of Light’, Turner was perhaps the greatest landscape painter of the 19th century and his magnificent works consisting of watercolors, oil paintings and engravings are now regarded as a predecessor to Impressionism. Marilyn Manson
Artists & Painters #24
DID WE MISS SOMEONE?
CLICK HERE AND TELL US
WE'LL MAKE SURE
THEY'RE HERE A.S.A.P
Quick Facts

British People
British Artists & Painters
Male Artists & Painters
Taurus Artists & Painters
Taurus Men
Childhood & Early Life
J.M.W. (Joseph Mallord William Turner) was born on April 23, 1775, in Maiden Lane, Covent Garden, London, England, to William Turner, a barber, and his wife, Mary Marshall. He had a younger sister, Mary Ann, who died at a young age.
In 1785, after his mother was diagnosed with signs of mental illness, she was admitted to hospital and Turner was sent to live with his maternal uncle at Brentford. While living with his uncle on the banks of River Thames, he developed a keen interest in painting and thus began his lifelong love for art.
Subsequently, he exhibited and sold some of his drawings at his father's shop. It was not long before his father spotted Turner’s artistic talent and finally, in 1789, he was admitted to The Royal Academy of Arts.
From 1790 to 1793, Turner was at the academy. He learnt drawing from plaster casts of antique structures and also learnt to draw the human body from the nude models. 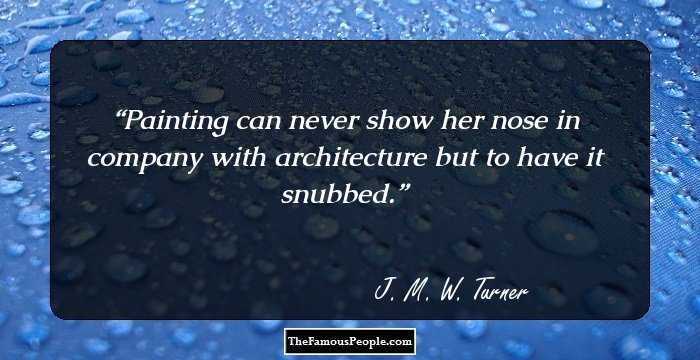 The Best Black Actresses Of All Time
Career
From 1796 onwards, Turner exhibited oil paintings as well as watercolours at the Royal Academy and continued to travel in search of inspiration. He exhibited his works each year at the academy while painting in the winter and travelling in the summer widely throughout Britain to seek inspiration.
In 1802, he travelled widely through Europe, including France and Switzerland, and also studied at the Louvre in Paris. He made more than 400 drawings during this tour and later continued to paint pictures of scenes which had fascinated him on the trip.
Soon, he was able to earn a steady income through a variety of artistic works such as selling designs to engravers, coloring sketches and taking up private lessons. In 1804, he opened a private gallery where he displayed his paintings for several seasons.
In 1807, Turner accepted a position as professor of perspective at the Royal Academy, where he lectured until 1828.
Over time, his paintings such as the ‘St. Mawes at the Pilchard Season’ (1812) and ‘Frosty Morning’ (1813) became increasingly luminous and atmospheric in quality. His masterpiece of this period is the ‘Dort or Dortrecht: The Dort Packet Boat from Rotterdam Becalmed’ (1818), a tribute to Aelbert Cuyp.
In 1819, Joseph Turner set out on his first visit to Italy and during his journey, he made about 1,500 drawings. Over the next few years, he painted a series of pictures inspired by his travel experiences, prominently that of Venice.
In the last 15 years of his life, he continued to travel and get inspiration, visiting Italy, Switzerland, Germany, and France. Some of his magnificent late works include ‘The ‘Fighting Téméraire’ Tugged to Her Last Berth to Be Broken Up, 1838’ (1839), and ‘Rain, Steam, and Speed’ (1844). In 1850, Turner exhibited his works for the last time. 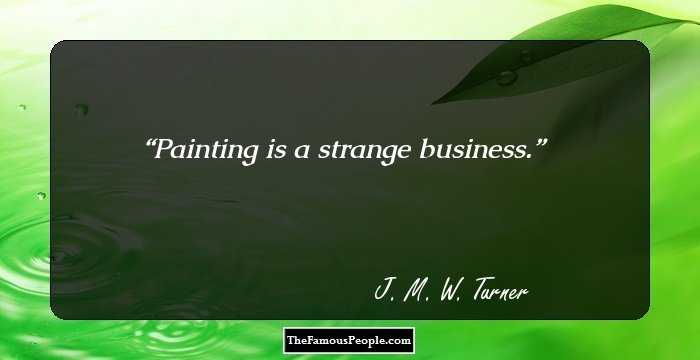 Major Works
In 1796, Turner exhibited his oil painting ‘Fishermen at Sea’, a nocturnal moonlit scene of The Needles off the Isle of Wight. The work received much contemporary critical acclaim and established his reputation as a great artist.
He is also considered one of the founders of English watercolor landscape painting and some of his famous works include ‘Dido Building Carthage’ (1815), ‘The Grand Canal, Venice’ (1835), and ‘Peace - Burial at Sea’ (1842).
Personal Life & Legacy
J.M.W. Turner remained unmarried throughout his life but was assumed to have been involved in a relationship with an older widow, Sarah Danby. He is also believed to have been the father of her two daughters, Eveline and Georgiana.
Later, he had a relationship with Sophia Caroline Booth, another widow, and lived in her house in Chelsea for about 18 years.
J.M.W. Turner died on December 19, 1851, in the house of Sophia Caroline Booth, in Cheyne Walk, Chelsea, London, England, and was buried in St Paul's Cathedral. 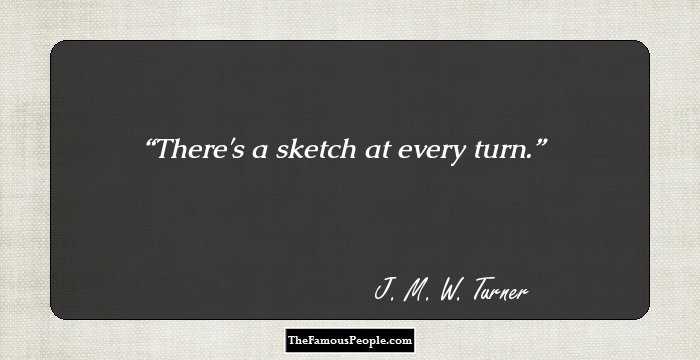 See the events in life of J. M. W. Turner in Chronological Order